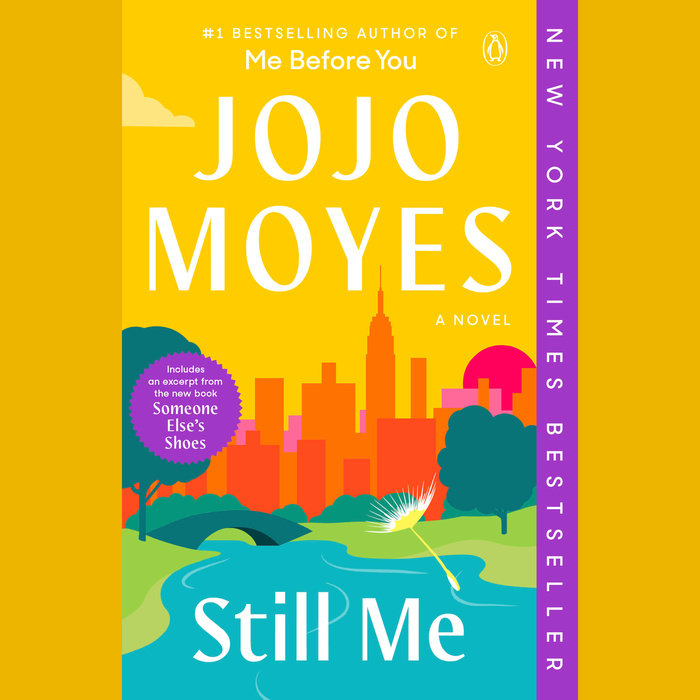 Written by: Jojo Moyes
Read by: Anna Acton
13 Hours and 20 Minutes Imprint: Penguin Audio Genre: Fiction - Women Release Date: January 30, 2018
From the New York Times bestselling author of The Giver of Stars, discover the love story that captured over 20 million hearts in Me Before You, After You, and Still Me.

Louisa Clark arrives in New York ready to start a new life, confident that she can embrace this new adventure and keep her relationship with Ambulance Sam alive across several thousand miles. She steps into the world of the superrich, working for Leonard Gopnik and his much younger second wife, Agnes. Lou is determined to get the most out of the experience and throws herself into her new job and New York life.

As she begins to mix in New York high society, Lou meets Joshua Ryan, a man who brings with him a whisper of her past. Before long, Lou finds herself torn between Fifth Avenue where she works and the treasure-filled vintage clothing store where she actually feels at home. And when matters come to a head, she has to ask herself: Who is Louisa Clark? And how do you find the courage to follow your heart—wherever that may lead?

Funny, romantic, and poignant, Still Me follows Lou as she discovers who she is and who she was always meant to be—and learns to live boldly in her brave new world.
Read More
Praise for Still Me:

“Still Me offers a warm conclusion to the Me Before You trilogy. . . resulting in the best entry in the trilogy yet. . . Moyes has crafted a clear-eyed tale of self-discovery and the sacrifice required to live a life honestly in pursuit of the things you love. [It will] keep you sighing with delight to the very last page. A.” —Entertainment Weekly

“Jojo's work never fails to bring a smile to my face with her honesty, humour and empathy about what it is to be human—[Still Me is] a must read!” —Emilia Clarke

“While the series may have started off as a romance, Jojo Moyes has turned Louisa Clark's story into one about learning to be, and to love, yourself.” —Bustle

“You sobbed through Me Before You. You sped through After You. And now, Lou is back in Still Me. . . don’t miss this funny, romantic third installment.” —HelloGiggles


Praise for After You:

‟Jojo Moyes has a hit with After You.” —USA Today

“Think Elizabeth Bennet after Darcy’s eventual death; Alice after Gertrude; Wilbur after Charlotte. The ‘aftermath’ is a subject most writers understandably avoid, but Moyes has tackled it and given readers an affecting, even entertaining female adventure tale about a broken heroine who ultimately rouses herself and falls in love again, this time with the possibilities in her own future.” —Maureen Corrigan, Fresh Air, NPR

“The genius of Moyes . . . [is that she] peers deftly into class issues, social mores, and complicated relationships that raise as many questions as they answer. And yet there is always resolution. It’s not always easy, it’s not always perfect, it’s sometimes messy and not completely satisfying. But sometimes it is.” —Bobbi Dumas, NPR.org

“Expect tears and belly laughs from Me Before You’s much-anticipated sequel.” —Cosmopolitan

“Moyes is at her most charming here, writing with a sense of humorous affection about family dynamics among working-class Brits. . . . A Maeve Binchy for the 21st century.” —Kirkus Reviews

“Like its predecessor [Me Before You], After You is a comic and breezy novel that also tackles bigger, more difficult subjects, in this case grief and moving on. . . . We all lose what we love at some point, but in her poignant, funny way, Moyes reminds us that even if it’s not always happy, there is an ever after.” —Miami Herald

“Once again, Moyes delivers a heart-wrenching and relatable book about love and loss that will stay with you long after you’ve finished.” —InStyle.com

“Moyes wisely knows that life-changing events don’t always change our lives for the better. . . . After You may not be the sequel you expect, but it is the sequel you needed.” —Entertainment Weekly

Praise for Me Before You:

“A hilarious, heartbreaking, riveting novel . . . I will stake my reputation on this book.” —Anne Lamott, People

“When I finished this novel, I didn’t want to review it: I wanted to reread it. . . . An affair to remember.” —The New York Times Book Review

“An unlikely love story . . . To be devoured like candy, between tears.” —O, The Oprah Magazine 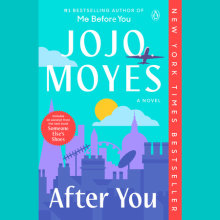 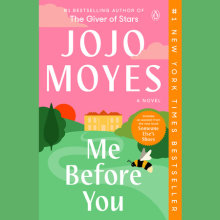