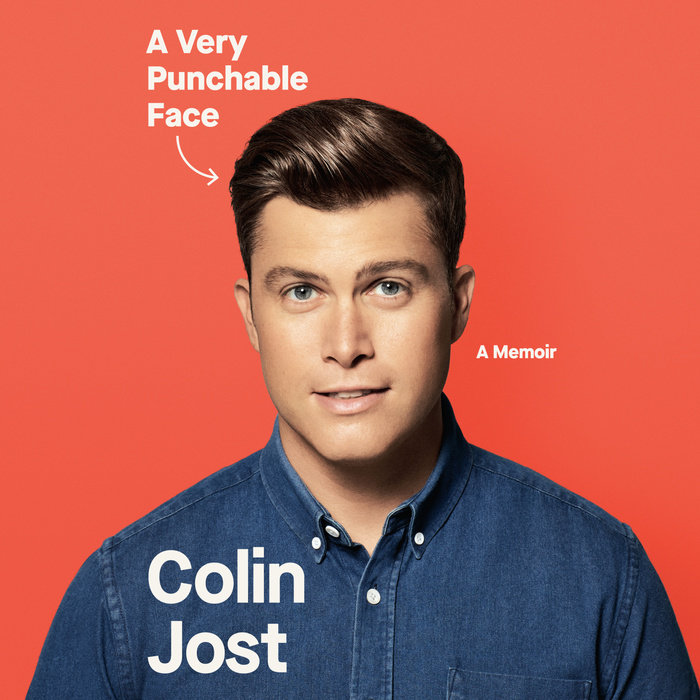 “I always wanted to punch his face before I read this book. Now I just want to kick him in the balls.”—Larry David

If there’s one trait that makes someone well suited to comedy, it’s being able to take a punch—metaphorically and, occasionally, physically.

From growing up in a family of firefighters on Staten Island to commuting three hours a day to high school and “seeing the sights” (like watching a Russian woman throw a stroller off the back of a ferry), to attending Harvard while Facebook was created, Jost shares how he has navigated the world like a slightly smarter Forrest Gump.

You’ll also discover things about Jost that will surprise and confuse you, like how Jimmy Buffett saved his life, how Czech teenagers attacked him with potato salad, how an insect laid eggs inside his legs, and how he competed in a twenty-five-man match at WrestleMania (and almost won). You'll go behind the scenes at SNL and Weekend Update (where he's written some of the most memorable sketches and jokes of the past fifteen years). And you’ll experience the life of a touring stand-up comedian—from performing in rural college cafeterias at noon to opening for Dave Chappelle at Radio City Music Hall.

For every accomplishment (hosting the Emmys), there is a setback (hosting the Emmys). And for every absurd moment (watching paramedics give CPR to a raccoon), there is an honest, emotional one (recounting his mother’s experience on the scene of the Twin Towers’ collapse on 9/11). Told with a healthy dose of self-deprecation, A Very Punchable Face reveals the brilliant mind behind some of the dumbest sketches on television, and lays bare the heart and humor of a hardworking guy—with a face you can’t help but want to punch.
Read More
“Colin Jost is as funny as his face is punchable. Which is to say: very. He also knows a lot about Staten Island, soiling himself, internal parasites, and firemen’s pensions. He’s really the whole package. And if you care about comedy—writing it, performing it, watching it, or giving up any semblance of a normal adult life for it—so is his book.”—Zadie Smith

“Colin Jost is one of the best people I know and one hell of a writer. This book proves both to be true.”—Seth Meyers

“I was caught off guard by how much I enjoyed this book, considering how indifferent I feel about Colin as a person.”—Amy Schumer

“An inspiring story that reminds us that if you are born with looks and talent, you can still make it.”—Conan O’Brien

“I think this book is fantastic. I haven’t read a single word of it, but it’s got everything I want in a book—a front, a back, a good spine. And it’s got some heft. Whoever wrote this book knew what she was doing. Well done.”—Michael Che