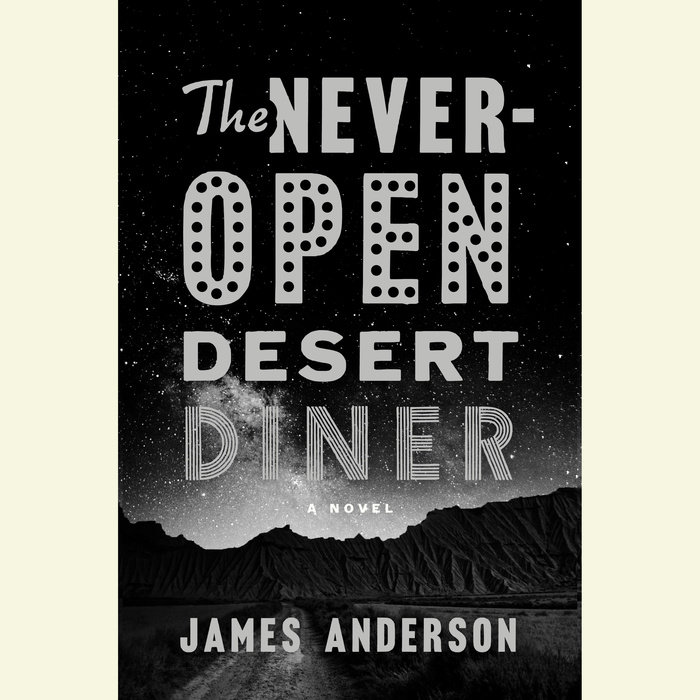 Written by: James Anderson
Read by: Kirby Heyborne
10 Hours and 14 Minutes Imprint: Random House Audio Genre: Fiction - Crime Release Date: March 22, 2016
A singularly compelling debut novel, about a desert where people go to escape their past, and a truck driver who finds himself at risk when he falls in love with a mysterious woman.

Ben Jones lives a quiet, hardscrabble life, working as a trucker on Route 117, a little-travelled road in a remote region of the Utah desert which serves as a haven for fugitives and others looking to hide from the world. For many of the desert’s inhabitants, Ben's visits are their only contact with the outside world, and the only landmark worth noting is a once-famous roadside diner that hasn’t opened in years.

Ben’s routine is turned upside down when he stumbles across a beautiful woman named Claire playing a cello in an abandoned housing development. He can tell that she’s fleeing something in her past—a dark secret that pushed her to the end of the earth—but despite his better judgment he is inexorably drawn to her.

As Ben and Claire fall in love, specters from her past begin to resurface, with serious and life-threatening consequences not only for them both, but for others who have made this desert their sanctuary. Dangerous men come looking for her, and as they turn Route 117 upside down in their search, the long-buried secrets of those who’ve laid claim to this desert come to light, bringing Ben and the other locals into deadly conflict with Claire’s pursuers. Ultimately, the answers they all seek are connected to the desert’s greatest mystery—what really happened all those years ago at the never-open desert diner?

In this unforgettable story of love and loss, Ben learns the enduring truth that some violent crimes renew themselves across generations. At turns funny, heartbreaking and thrilling, The Never-Open Desert Diner powerfully evokes an unforgettable setting and introduces readers to a cast of characters who will linger long after the last page.
Read More
"An exceptional book…. The novel is outstanding in every regard — writing, plot, dialogue, suspense, humor, a vivid sense of place.” - The Washington Post

“James Anderson's first novel works on elements of mirage -- a mystery novel with literary shimmers.   In the end it is all there, apparent in the high heat of the desert: a great story, well-told, funny, daring, smart and deeply affecting.”  —Colum McCann, National Book Award-winning author of Let the Great World Spin

"You have not read a book like The Never Open Desert Diner in a long time, if ever. Once you open its pages you will know you are in for something surprisingly enjoyable. James Anderson and his premiere novel are a serendipity that will make a mark on your brain in the most positive way." - Jackie Cooper, The Huffington Post

"Anderson ... writes with a lyrical style and allows the plot to unfold in a manner as seductive as the desert itself. Readers who revel in fiction set in the Southwest will want to join his protagonist for the ride." - Library Journal

"Anderson distills the heat and shimmering haze of the Utah desert into his fine first novel."  - Publishers Weekly