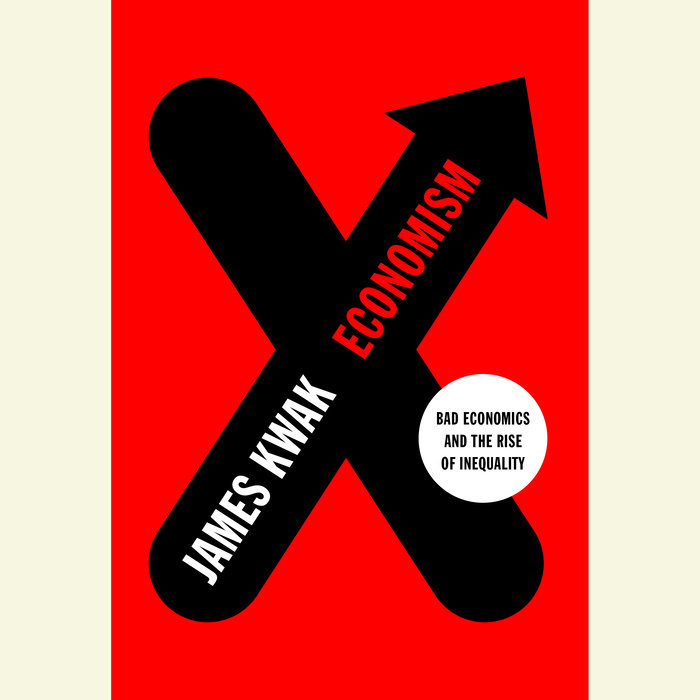 Written by: James Kwak
Read by: Mark Bramhall
Foreword by: Simon Johnson
7 Hours and 15 Minutes Imprint: Random House Audio Genre: Business & Economics - Economics - Theory Release Date: January 10, 2017
Here is a bracing deconstruction of the framework for understanding the world that is learned as gospel in Economics 101, regardless of its imaginary assumptions and misleading half-truths.

In order to illuminate the fallacies of economism, James Kwak first offers a primer on supply and demand, market equilibrium, and social welfare: the underpinnings of most popular economic arguments. Then he provides a historical account of how economism became a prevalent mode of thought in the United States—focusing on the people who packaged Econ 101 into sound bites that were then repeated until they took on the aura of truth. He shows us how issues of moment in contemporary American society—labor markets, taxes, finance, health care, and international trade, among others—are shaped by economism, demonstrating in each case with clarity and élan how, because of its failure to reflect the complexities of our world, economism has had a deleterious influence on policies that affect hundreds of millions of Americans.
Read More
“For generations, we’ve been told that there’s a simple framework that can explain the mysteries of how the economy can create optimal outcomes for us all. What James Kwak shows us is that this set of ideas—what he calls ‘economism’—is magical thinking; it’s certainly not grounded in science and evidence. In this pithy book of accessible prose, Kwak begs us to contend with the messiness of the real world—and the inequality our economic system has spawned—before it’s too late.”
—Heather Boushey, executive director and chief economist, Washington Center for Equitable Growth

“In this beautiful and accessible book, James Kwak shows us how a simplistic idea about economics has captured policy-making to the detriment of sensible policy. No book better frames this pathology or better supplies the resources for resisting it.”
—Lawrence Lessig, Roy L. Furman Professor of Law and Leadership, Harvard Law School

“For years, I’ve encountered people with a strong sense that many economic arguments in support of the status quo are not just inequitable, but wrong. With Economism, they’ve got the proof they’ve been waiting for, presented in language non-economists can understand.”
—Jared Bernstein, senior fellow, Center on Budget and Policy Priorities

“The next time some smug friend insists that a higher minimum wage guarantees higher unemployment or that American medical care costs so much because government is so involved, give them the gift of Economism. Better yet, convince them the book will increase their utility, not to mention their knowledge of how markets really work. Kwak has written the myth-buster that our distorted economic debate needs. And he’s made it fun—er, welfare-enhancing—to read.”
—Jacob S. Hacker, Stanley B. Resor Professor of Political Science, Yale University

“In crisp prose, Kwak time and again debunks froshmoric economics platitudes to show why the minimum wage might decrease unemployment, why taxing profits might not reduce investment, and even why (gasp) free socialized medicine might not lead to overconsumption of health care.”
—Ian Ayres, William K. Townsend Professor of Law, Yale Law School

“Makes an important case that the fetish of ‘efficient markets’ has distorted American politics. Kwak shows that it is bad economics but potent ideology, and it has distorted debates about labor law, international trade, and financial regulation. This clearly written book is an excellent dissection of some bad ideas that have been allowed to masquerade as common sense for too long.”
—Jedediah Purdy, Robinson O. Everett Professor of Law, Duke Law School

“Politicians and pundits proclaim with the pomposity that many in Washington take to be gravitas that any tinkering with market forces will have unhappy results. But as Kwak shows, the dogma is often a self-serving pretext for policies that have led to extreme and growing concentration of income and wealth, and requires disregarding observable real-world experience.”
—Brad Miller, former member of the U.S. House of Representatives and the House Committee on Financial Services
Read More 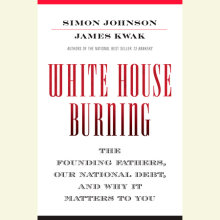