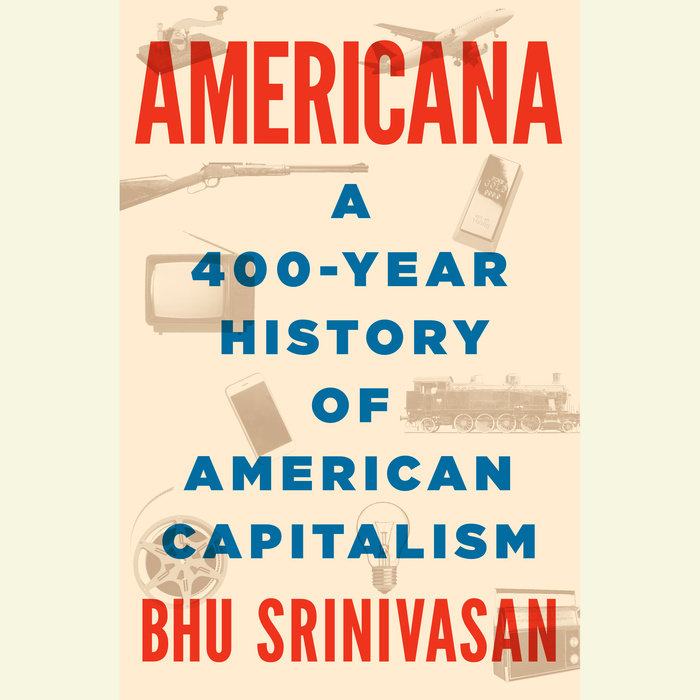 An absorbing and original narrative history of American capitalism

NAMED A BEST BOOK OF 2017 BY THE ECONOMIST

From the days of the Mayflower and the Virginia Company, America has been a place for people to dream, invent, build, tinker, and bet the farm in pursuit of a better life. Americana takes us on a four-hundred-year journey of this spirit of innovation and ambition through a series of Next Big Things -- the inventions, techniques, and industries that drove American history forward: from the telegraph, the railroad, guns, radio, and banking to flight, suburbia, and sneakers, culminating with the Internet and mobile technology at the turn of the twenty-first century. The result is a thrilling alternative history of modern America that reframes events, trends, and people we thought we knew through the prism of the value that, for better or for worse, this nation holds dearest: capitalism.

In a winning, accessible style, Bhu Srinivasan boldly takes on four centuries of American enterprise, revealing the unexpected connections that link them. We learn how Andrew Carnegie's early job as a telegraph messenger boy paved the way for his leadership of the steel empire that would make him one of the nation's richest men; how the gunmaker Remington reinvented itself in the postwar years to sell typewriters; how the inner workings of the Mafia mirrored the trend of consolidation and regulation in more traditional business; and how a 1950s infrastructure bill triggered a series of events that produced one of America's most enduring brands: KFC. Reliving the heady early days of Silicon Valley, we are reminded that the start-up is an idea as old as America itself.

Entertaining, eye-opening, and sweeping in its reach, Americana is an exhilarating new work of narrative history.
Read More
“A delightful tour through the businesses and industries that turned America into the biggest economy in the world. Not only is the book written in a light and informative style, it is cleverly constructed. . . . There is plenty of surprising detail. . . . An excellent book.”—The Economist

“The historical parallels his work provokes are striking and illustrative, and modern innovators would benefit from looking more closely at how the past may inform their future.”— Quartz

“Bhu Srinivasan is an expert storyteller who deftly navigates the history of American innovation. In a world preoccupied with Zuckerberg and Musk, he tells a series of bite-size narratives that are individually digestible yet comprehensive in their survey of capitalism, from that of ferry-captain Cornelius Vanderbilt to that of Samuel Morse, portrait-painter-turned-telegraph-inventor. Painting the backdrop of four centuries of ingenuity, he reminds us how far America has come. A great book.”—Scott Hartley, venture capitalist and author of The Fuzzy and the Techie

“In Americana, Bhu Srinivasan ranges widely and insightfully through the long, tangled history of capitalism and democracy in America. Provocative and lucid, Americana deserves and rewards attention from citizens, present and future, of our troubled yet alluring nation.”—Alan Taylor, winner of the Pulitzer Prize for The Internal Enemy

“A wonderfully readable and entertaining panorama of the innovators and entrepreneurs who have shaped our history. Lively and original, brimming with surprising details and full of brilliant insights, this is narrative history at its best.”—Liaquat Ahamed, winner of the Pulitzer Prize for Lords of Finance

“A colorful, engaging, and incisive account of the evolving varieties of American capitalism told through the new technologies that drove it forward, the ideas that shaped it, the institutions that enabled it, the goods it produced, and the people who made and resisted it. It is a book that is both personal and historically sweeping.”—Richard White, finalist for the Pulitzer Prize for Railroaded

“[Srinivasan] is particularly insightful on cycles of technological revolution, as with Andrew Carnegie’s innovations as a steel baron and the rise of the automobile industry. . . . Spryly and with just the right amount of circumstantial detail, Srinivasan places all this against the context of his own history in America. . . . A smart, accessible contribution to the nation’s economic history.”—Kirkus 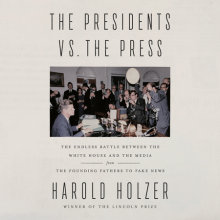