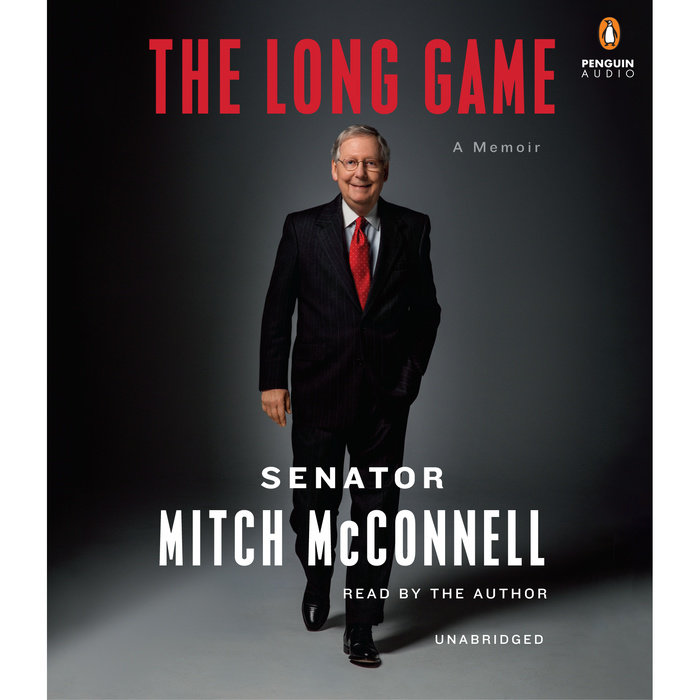 The candid, behind-the-scenes memoir of the of the Senate Majority Leader and GOP veteran.

In October 1984, a hard-charging Kentucky politician waited excitedly for President Ronald Reagan to arrive at a presidential rally in Louisville. In the midst of a tough Senate campaign against an incumbent Democrat, the young Republican hoped Reagan’s endorsement would give a much-needed boost to his insurgent campaign. He even had a camera crew ready to capture the president’s words for a TV commercial he planned to air during the campaign’s final stretch. Alas, when Reagan finally stepped to the microphone, he smiled for the crowd and declared: “I’m happy to be here with my good friend, Mitch O’Donnell.”

That was hardly Mitch McConnell’s first setback, and far from his last. He swallowed hard, put his head down, and kept going. Four weeks later, in the biggest upset of the year, his dream of being a US senator came true—by a margin of about one vote per precinct. By persevering, he’d be the only Republican in the country to beat an incumbent Democratic US senator.

McConnell learned patience and fortitude during his post–World War II youth in Alabama. His mother helped him beat polio by leading him through long, aching exer­cises every day for two years. His father taught him the importance of standing up to bullies, even if it meant tak­ing the occasional punch. It turned out to be the perfect childhood for a future Senate majority leader. “In the line of work I would choose, compromise is key, but I’d come to find that certain times required me to invoke the fight­ing spirit both of my parents instilled in me.”

For more than three decades, McConnell has worked steadily to advance conservative values, including limited government, indi­vidual liberty, fiscal prudence, and a strong national defense. But he has always cared much more about moving the ball forward than about who gets the credit.

Now McConnell reveals what he really thinks about the rivalry between the Senate and the House; the players and the stakes involved when a group of political oppor­tunists tried to hijack the Tea Party movement; and key figures such as Barack Obama, Joe Biden, and Harry Reid. He explains the real causes of the chronic gridlock that has so many vot­ers enraged, his ongoing efforts to restore the US Senate’s indispensable dual role as a brake on excess and a tool for national consensus, and what ordinary citizens have a right to expect from Washington.

"From Alabama country boy bedridden for two years with polio to Majority Leader of the U.S. Senate is a remarkable journey. Mitch McConnell tells this quintessentially American story with lucid prose and refreshing candor. A most valuable historical contribution to the politics of our time."
—Charles Krauthammer, author of Things That Matter

"Mitch McConnell’s The Long Game is a warm, candid, and captivating story of a young boy who conquered polio, loved the Brooklyn Dodgers, and set his sights on becoming a ballplayer before finding his life’s calling in politics. The steady upward climb from high school president to office boy in the Senate mailroom, from county judge to majority leader, is told with insight, humor, and telling detail."
—Doris Kearns Goodwin, presidential historian

"With candor and a sure sense of history--both of the nation's and of the Senate--Mitch McConnell has written an engaging and compelling memoir of a life spent in the arena. Readers seeking to understand where we are, how we got here, and what might come next will find this book at once entertaining and essential."
—Jon Meacham, author of Destiny and Power

"Mitch McConnell's absorbing memoir arrives at a moment when the nation needs and deserves what his book provides--a mature defense of the political profession by one of its best practitioners. His career in one of America's most complex institutions demonstrates that politics is both an individual craft and a team sport. His readers will acquire deepened respect for him, for the Senate and for the patience that politics requires and rewards."
—George F. Will, author of A Nice Little Place on the North Side

"Sen. McConnell has been a tough foe of President Obama and the Democrats, but in this revealing memoir he also takes on the tea party and other purists for engaging in futile gestures and preferring to make a point rather than a difference. Even if you don't agree with his politics, you'll find a wealth of valuable lessons to learn from his journey."
—Walter Isaacson, author of Steve Jobs and president and CEO of the Aspen Institute

"Mitch McConnell’s impressive career in the U.S. Senate demonstrates the power of strong leadership coupled with patience and perseverance. The Long Game is a fascinating and enjoyable read that vividly depicts the origins of McConnell’s tenacity and commitment to public service, and shares how-to secrets from an American statesman."
—Arthur Brooks, president of the American Enterprise Institute