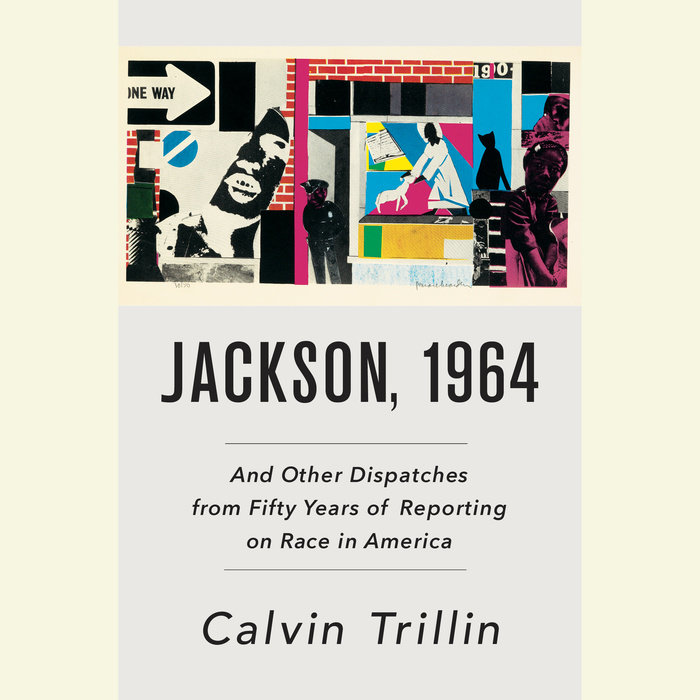 From bestselling author and beloved New Yorker writer Calvin Trillin, a deeply resonant, career-spanning collection of articles on race and racism, from the 1960s to the present

In the early sixties, Calvin Trillin got his start as a journalist covering the Civil Rights Movement in the South. Over the next five decades of reporting, he often returned to scenes of racial tension. Now, for the first time, the best of Trillin’s pieces on race in America have been collected in one volume.

In the title essay of Jackson, 1964, we experience Trillin’s riveting coverage of the pathbreaking voter registration drive known as the Mississippi Summer Project—coverage that includes an unforgettable airplane conversation between Martin Luther King, Jr., and a young white man sitting across the aisle. (“I’d like to be loved by everyone,” King tells him, “but we can’t always wait for love.”)

In the years that follow, Trillin rides along with the National Guard units assigned to patrol black neighborhoods in Wilmington, Delaware; reports on the case of a black homeowner accused of manslaughter in the death of a white teenager in an overwhelmingly white Long Island suburb; and chronicles the remarkable fortunes of the Zulu Social Aid & Pleasure Club, a black carnival krewe in New Orleans whose members parade on Mardi Gras in blackface.

He takes on issues that are as relevant today as they were when he wrote about them. Excessive sentencing is examined in a 1970 piece about a black militant in Houston serving thirty years in prison for giving away one marijuana cigarette. The role of race in the use of deadly force by police is highlighted in a 1975 article about an African American shot by a white policeman in Seattle.

Uniting all these pieces are Trillin’s unflinching eye and graceful prose. Jackson, 1964 is an indispensable account of a half-century of race and racism in America, through the lens of a master journalist and writer who was there to bear witness.


Reader by Robert Fass, with the introduction read by the author

“Trillin, a regular contributor to the New Yorker since 1963, collects his insights and musings on race in America in previously published essays from over fifty years of reporting. . . . What’s shocking is how topical and relatively undated many of these essays seem today.”—Publishers Weekly (starred review)

“The author of some thirty titles, Trillin revisits the last half-century’s racial struggles in various regions of the country, and readers are likely to come away thinking, ‘so much has not really changed all that much.’ . . . Haunting pieces that show how our window on the past is often a mirror.”—Kirkus Reviews

“Trillin is perhaps the finest reporter in America.”—The Miami Herald

“If Truman Capote invented the nonfiction novel, as he claimed, and Norman Mailer devised variations on it, Trillin has perfected the nonfiction short story; moreover, his craftsmanship can contend with that of either Capote or Mailer at their best.”—Kirkus Reviews
Read More
“When essays about race in America, written over a space of five decades, are as relevant today as the earliest one was a half-century ago, we gain new insight into how much real progress this country has—or has not—made. . . . This book provides historical context to the issues of race, racism, voter suppression and income inequality underpinning the current presidential election. Trillin’s elegant storytelling and keen observations sometimes churned my wrath about the glacial pace of progress. That’s because to me and millions of African-Americans, the topics of race and poverty—and their adverse impact on the mind and spirit—are, as Trillin acknowledges, not theoretical; they’re personal.”—Dorothy Butler Gilliam, The New York Times Book Review (Editor’s Choice)

“Everything in Jackson, 1964 resonates. . . . The volume is more than a history lesson. The issues it considers—police shootings, voter suppression tactics, race-based acts of terrorism—seem taken from today’s headlines. . . . [It’s] a memorial of sorts. It contains the names of many forgotten figures in the civil rights struggle. The biggest honor Mr. Trillin paid these men and women was to write about them so honestly and so well. These pieces have literary as well as historical merit, and they will continue to be read for the pleasure they deliver as well as for the pain they describe.”—Dwight Garner, The New York Times

“With the diligent clarity, humane wit, polished prose and attention to pertinent detail that exemplify Trillin’s journalism at its best . . . Jackson, 1964 drives home a sobering realization: Even with signs of progress, racism in America is news that stays news.”—USA Today

“These unsettling tales, elegantly written and wonderfully reported, are like black-and-white snapshots from the national photo album. They depict a society in flux but also stubbornly unmoved through the decades when it comes to many aspects of race relations. . . . The grace Trillin brings to his job makes his stories all the more poignant.”—The Christian Science Monitor

“Modern and urgent. Essay after essay reminds us that the history of this struggle consists of events that easily could happen today.”—Minneapolis StarTribune

“‘History is just people,’ Edna Ferber once wrote, and it ‘isn’t only yesterday. It’s today. There is no history without people, any more than there is sound without hearing.’ . . . Luckily, Jackson, 1964 is a welcome reminder that critical thinkers like Trillin have spent years of their lives listening.”—Atlanta Journal-Constitution

“A tapestry of racial combat from the spiteful to the covert and everything in between . . . Jackson, 1964 is disciplined writing pretty well at its best.”—Winnipeg Free Press

“The highly readable stories remain topical today. And taken as a whole, [Jackson, 1964] is a reminder of how graceful and seemingly effortless [Trillin’s] prose is. [He] has perfected the technique of exploring broad societal issues while training a close lens on a narrow yet compelling subject.”—Jewish Telegraphic Agency

“Calvin Trillin’s fifty years of writing about race in the U.S. is as historic as a lunch counter sit-in and as current as today’s tweets.”—Shelf Awareness

“Trillin, a regular contributor to the New Yorker since 1963, collects his insights and musings on race in America in previously published essays from over fifty years of reporting. . . . What’s shocking is how topical and relatively undated many of these essays seem today.”—Publishers Weekly (starred review)

“The author of some thirty titles, Trillin revisits the last half-century’s racial struggles in various regions of the country, and readers are likely to come away thinking, ‘so much has not really changed all that much.’ . . . Haunting pieces that show how our window on the past is often a mirror.”—Kirkus Reviews
Read More 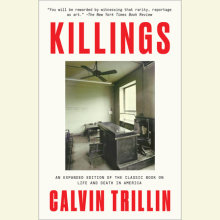 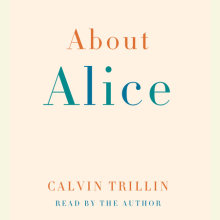 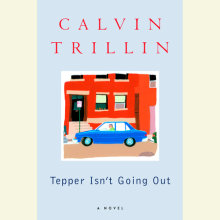