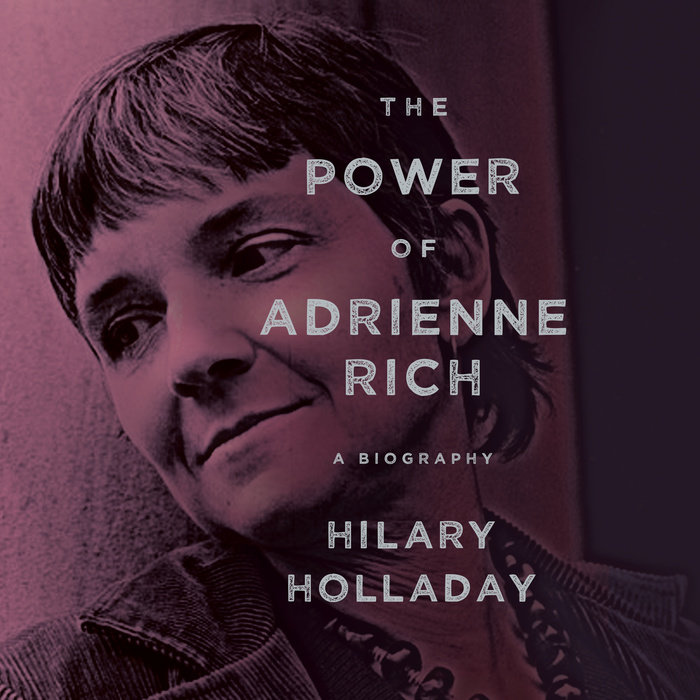 Adrienne Rich was the female face of American poetry for decades. Her forceful, uncompromising writing has more than stood the test of time, and the life of the woman behind the words is equally impressive. Motivated by personal revelations, Rich transformed herself from a traditional, Radcliffe-educated lyric poet and married mother of three sons into a path-breaking lesbian-feminist author of prose as well as poetry. In doing so, she emerged as both architect and exemplar of the modern feminist movement, breaking ranks to denounce the male-dominated literary establishment and paving the way for the many queer women of letters to take their places in the cultural mainstream. Drawing on a wealth of unpublished materials, including Rich's correspondence and in-depth interviews with numerous people who knew her, Hilary Holladay digs deep into never-before-accessed sources to portray Rich in full dimension and vivid, human detail.
Read More
A NEW YORK TIMES CRITICS' TOP BOOKS OF 2020 SELECTION

"Eight years after Rich’s death, at 82, comes Hilary Holladay’s The Power of Adrienne Rich, which allows us to meet this prickly poet fresh and entire. It’s the first proper biography of her, and there’s a lot to unpack. This is a good story well-told."
--Dwight Garner, The New York Times

"Highly readable . . . One of the great virtues of Holladay’s narrative is how skillfully it integrates jargon-free textual analysis of the poetry and uses it to trace Rich’s personal and political metamorphoses."
--The Boston Globe

"[A] capacious, generous biography."
--The Atlantic

"The woman that emerges in Holladay’s biography is singular: not just brilliant but hard-minded and unsparing. She was a skilled, prolific writer, eager to experiment and brave enough to break with the poetic style that first earned her acclaim. As a political thinker, she was always one step ahead: concerned early on with the whiteness of women’s liberation, sex-positive at the height of the anti-pornography movement, anti-capitalist before that was in vogue. Watching American feminism unfold, she stood by with the next, necessary critique, often implicating herself in the process."
--The New Yorker

"Taut, engaging . . . The Power of Adrienne Rich announces its thesis in its title, but Holladay is a fair-minded and meticulous critic of the poet’s life and art. This elegant, assured biography underscores Rich’s essential place in our literary pantheon."
--The Minneapolis Star Tribune

"Hilary Holladay invites us to explore one of feminism’s greatest conflicts: how women rely upon critical approval, success, and cultural standing in the patriarchal establishment to advance work that inveighs against patriarchy. . . Fans and students stand to gain a great deal from this balanced biography, which must be studied as well as read recreationally."
--The Gay and Lesbian Review

“Adrienne Rich was a seeker, and in this incisive, insightful biography Hilary Holladay illuminates her complex life and work with keen skill and grace, tracking the sources of her lifelong quest to become one of our truest and most determined makers, a great citizen-poet, a self-interrogating warrior for social justice.  It is a generous, powerful book.”
--Edward Hirsch, author of Gabriel: A Poem

"Gripping from the get-go. Hilary Holladay has delivered a courageous and exquisitely crafted biography of Adrienne Rich that is destined to stand as the definitive work on the poet for decades to come."
--Evelyn C. White, author of Alice Walker: A Life

"A comprehensive biography of Rich . . . was one of the most acclaimed poets of her generation and a face of American feminism."
--The New York Times

“This, simply put, is a marvelous biography. In the hands of Hilary Holladay—herself a gifted poet—The Power of Adrienne Rich shines with insights into the writing life, and into the tortured trajectory of this poet, scholar, and feminist icon. Rich’s slow awakening from a somewhat prim, l950s-era, father-pleasing writer to one of her generation’s most influential lesbian/feminist/activists is a tale told here with wit and clarity. Rich’s struggle to find and to fully inhabit herself gives us a lucid history of an era, and of the tangled strands of mid-century American poetry. With grace and precision, Holladay analyzes, invokes, illuminates. Seldom has a poet’s life been so compellingly told.”
--Nancy Schoenberger, author of Dangerous Muse and The Whitechapel Arias

"The multiple identities of this powerful and prophetic poet are explored in this beautifully written and deeply researched biography. She is daughter and wife, mother and feminist, lesbian, Jew, and invalid. But for Rich, it was her art which defined her identity."
--Dana Greene, author of Elizabeth Jennings: The Inward War and Denise Levertov: A Poet’s Life

"Exceptionally well-researched and detailed, this is a definitive portrait of Rich that will be welcomed by aspiring writers and poets, Rich scholars, and devotees of 20th-century American poetry."
--Library Journal

"Acknowledging that Rich’s own endless search for selfhood was at the root of her curiosity, Holladay depicts her ongoing work with language—transcending genre—to uncover what it means to be a person and belong to a community."
--Observer
Read More