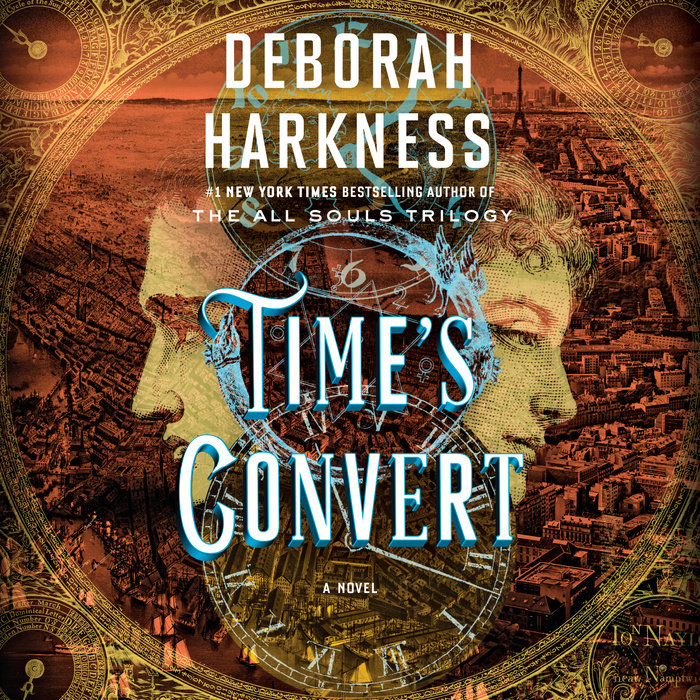 What does it truly take to become a vampire?

On the battlefields of the American Revolution, Matthew de Clermont meets Marcus MacNeil, a young surgeon from Massachusetts, during a moment of political awakening when it seems that the world is on the brink of a brighter future. When Matthew offers him a chance at immortality and a new life free from the restraints of his puritanical upbringing, Marcus seizes the opportunity to become a vampire. But his transformation is not an easy one and the ancient traditions and responsibilities of the de Clermont family clash with Marcus's deeply held beliefs in liberty, equality, and brotherhood.

Fast-forward to contemporary Paris, where Phoebe Taylor--the young employee at Sotheby's whom Marcus has fallen for--is about to embark on her own journey to immortality. Though the modernized version of the process at first seems uncomplicated, the couple discovers that the challenges facing a human who wishes to be a vampire are no less formidable than they were in the eighteenth century. The shadows that Marcus believed he'd escaped centuries ago may return to haunt them both--forever.

A passionate love story and a fascinating exploration of the power of tradition and the possibilities not just for change but for revolution, Time's Convert, the fourth books in the All Souls Series channels the supernatural world-building and slow-burning romance that made the previous books instant bestsellers to illuminate a new and vital moment in history, and a love affair that will bridge centuries.
Read More
A USA Today New Book You Won't Want To Miss This Week
A New York Post This Week's 6 Must-Read Books
A PopSugar New Book Your Friends Are Going to Be Talking About This September

“Harkness brings her keen historian’s eye to the American and French revolutions, drawing parallels between the two periods through not only the vampire witnesses to history but the appearances of historical figures: the Marquis de Lafayette, Benjamin Franklin and Thomas Paine.”
—Los Angeles Times

“In Time’s Convert, Deborah Harkness, the author of A Discovery Of Witches, spins a tale of life-ever-after, romance, and family drama, and it is gloriously entertaining.”
—Bustle

“This vampire book is set during the American Revolution, when a young man named Marcus MacNeil is offered a chance to escape his puritan upbringing (boring!) and become immortal (fun!). From the bestselling author of A Discovery of Witches.”
—New York Post

“Ever wonder what it really takes to be a vampire? Let Deborah Harkness, New York Times bestselling author of A Discovery of Witches, give you a taste in her latest novel . . . a passionate love story.”
—PopSugar