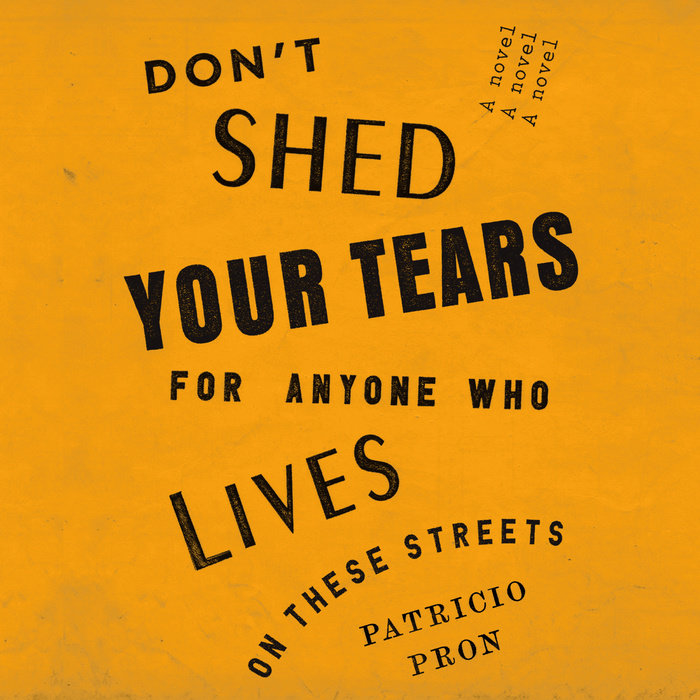 Written by: Patricio Pron
Read by: Edoardo Ballerini, Peter Berkrot, Pete Bradbury, Mark Bramhall & Richmond Hoxie
Translated by: Mara Faye Lethem
8 Hours and 49 Minutes Imprint: Random House Audio Genre: Fiction - Literary Release Date: May 05, 2020
Pinerolo, Italy. April 1945. At a fascist conference, a writer disappears and is found dead at the bottom of a cliff. Thirty years later, a young man—a political activist or maybe a terrorist—interviews the survivors to try to uncover the truth about what happened and its consequences. Who was this writer? What did he believe in? Why, shortly before his death, did he save a man who could have killed him? Where is his lost work? And what does any of this have to do with a teenager in contemporary Milan involved in a violent confrontation with the police? Bold and incisive, Don’t Shed Your Tears for Anyone Who Lives on These Streets is a gripping examination of art-as-politics and politics-as-crime.
Read More
“Pron’s story is part suspense novel, one that explores several puzzles. It is also part historical investigation . . . He reveals each detail deliberately, letting the mystery build . . . A skillfully constructed exploration of past events that many Italians would just as soon forget.”—Kirkus Reviews (starred)


Reviews from the original Spanish publication:

“Without a doubt, one of the greatest novels of the last several years . . . Dazzling.” —José-Carlos Mainer, Babelia / El País

“Don’t Shed Your Tears for Anyone Who Lives on These Streets is a feast.”—J.M. Nadal Suau, El Cultural

“A book of beauty and substance . . . A huge gift.”—Karina Sainz Borgo, Vozpópuli

“A decisive achievement . . . Reading this, one feels grateful that books of this quality are still being written.”—José María Pozuelo Yvancos, ABC Cultural

“In the wake of authors such as Enrique Vila-Matas or César Aira, Argentine writer Patricio Pron manages to double down on all the literary bets that came before him . . . With his previous work, Pron has more than demonstrated the greatness of his literary project and his talents as a writer; with Don’t Shed Your Tears for Anyone Who Lives on These Streets, he is at the pinnacle of Spanish literature.”—Anna María Iglesia, El Asombrario & Co.
Read More