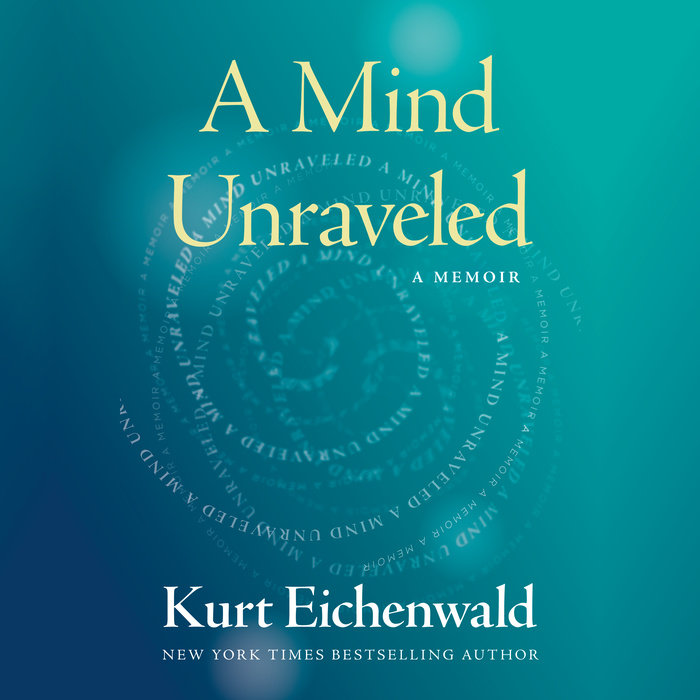 This is the story of one man’s battle to pursue his dreams despite an often incapacitating brain disorder. From his early experiences of fear and denial to his exasperating search for treatment, Kurt Eichenwald provides a deeply candid account of his years facing this misunderstood and often stigmatized condition. He details his encounters with the doctors whose negligence could have killed him, but for the heroic actions of a brilliant neurologist and the family and friends who fought for him.

Ultimately, A Mind Unraveled is an inspirational story, one that chronicles how Eichenwald, faced often with his own mortality, transformed trauma into a guide for reaching the future he desired.

Praise for A Mind Unraveled

“An intimate journey . . . bravely illuminating the trials of living inside a body always poised to betray itself.”—O: The Oprah Magazine

“One of the best thrillers I’ve read in years, yet there are no detectives, no corpses, no guns or knives.”—Minneapolis Star-Tribune

“Terrific . . . Eichenwald’s narrative is a suspenseful medical thriller about a condition that makes everyday life a mine field, a fierce indictment of a callous medical establishment, and an against-the-odds recovery saga.”—Publishers Weekly (starred review)

“Riveting . . . Eichenwald has created a universal tale of resilience wrapped in a primal scream against the far-too-savage world."—Booklist (starred review)

“An extraordinary book.”—Harriet Lerner, Ph.D., New York Times bestselling author of The Dance of Anger
Read More
“His remarkable memoir reads, unaccountably, like the most hair-raising of psychological thrillers. . . . A Mind Unraveled is inspirational in the true sense of the word. . . . It is written with great verve and wisdom by someone who has closely and thoughtfully detailed his own plight as well as the journey out of it. I found myself reading it obsessively. . . . It is a book to take heart from.”—Daphne Merkin, The New York Times Book Review

“A Mind Unraveled reads like a medical thriller, at times truly frightening but also deeply inspiring. This book will make me think differently as a doctor. Kurt Eichenwald is a tremendously talented writer. When you travel on his personal journey, it is pure gold.”—Sanjay Gupta, M.D., chief medical correspondent, CNN

“This book absolutely floored me. It’s a medical mystery unlike any I’ve read before, with a propulsive narrative. Trust me, you won’t be able to put it down.”—Bryan Burrough, New York Times bestselling author of Barbarians at the Gate

“This powerful account provides an important blueprint for anyone struggling to overcome serious challenges.”—Katie Couric

“Kurt Eichenwald’s memoir is an immensely moving and captivating chronicle of his struggle with epilepsy. His unflinching descriptions of the extreme challenges of his condition have much to teach all of us about living. This is an extraordinary book.”—Harriet Lerner, Ph.D., New York Times bestselling author of The Dance of Anger

“This is a very powerful, tremendously informative book. Pure emotional honesty has great impact, and that is what Kurt Eichenwald has provided here.”—James Fallows, National Book Award winner and national correspondent for The Atlantic Monthly

“A Mind Unraveled left me overwhelmed and speechless. Eichenwald’s story is breathtaking: devastation and inspiration all under one cover.”—Susan Axelrod, founder of CURE (Citizens United for Research in Epilepsy)

“A passionate memoir of health and life and what it means to embrace both.”—Library Journal (starred review)

“In a career that’s included hundreds of articles . . . investigative journalist Kurt Eichenwald has established himself as a dogged and fearless reporter. But no story he’s unearthed is as compelling as the one he tells in his traumatic memoir. . . . Candid, meticulously reported and at times terrifying, A Mind Unraveled is an inspiring story of a man whose fierce will helped ensure he would not be defined or defeated by a chronic disease.”—Shelf Awareness (starred review)

“In this riveting personal narrative . . . Eichenwald has created a universal tale of resilience wrapped in a primal scream against the far-too-savage world. Book clubs will clamor for this tale of survival and call for compassion.”—Booklist (starred review)

“An enlightening and often moving memoir of one man’s struggle to live with a chronic and debilitating condition.”—Kirkus Reviews
Read More 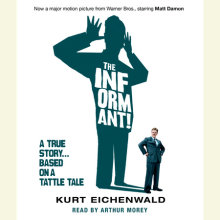 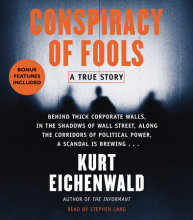