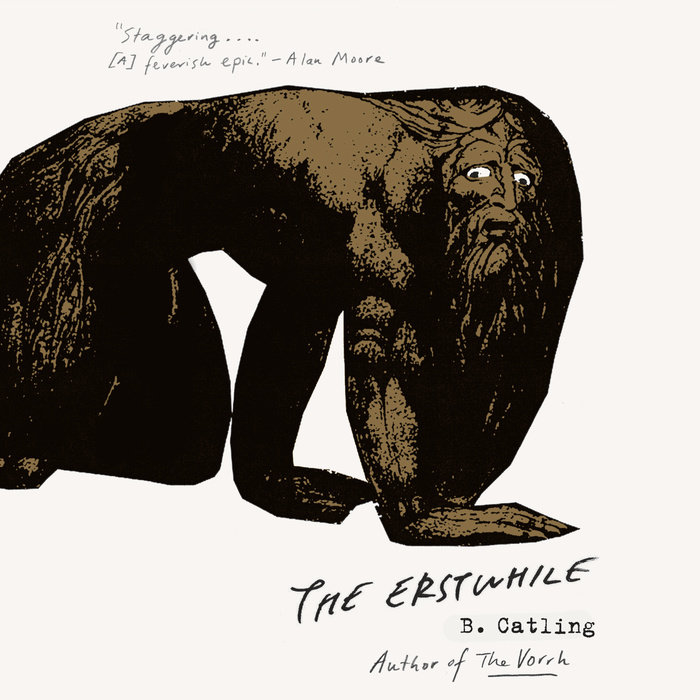 Written by: Brian Catling
Read by: Allan Corduner
15 Hours and 35 Minutes Imprint: Random House Audio Genre: Fiction - Fantasy - General Release Date: July 03, 2018
The Erstwhile brings readers back to the singular world and mind of B. Catling, continuing the groundbreaking storytelling of his hit The Vorrh.

In London and Germany, strange beings are reanimating themselves. They are the Erstwhile, the angels that failed to protect the Tree of Knowledge, and their reawakening will have major consequences.  In Africa, the colonial town of Essenwald has fallen into disarray because the timber workforce has disappeared into the Vorrh. Now a team of specialists are dispatched to find them. Led by Ishmael, the former cyclops, they enter the forest, but the Vorrh will not give them back so easily. To make matters worse, an ancient guardian of the forest has plans for Ishmael and his crew. Meanwhile a child of mixed race has been found abandoned in a remote cottage. Her origins are unknown, but she has powers beyond her own understanding. Conflict is coming, as the old and new, human and inhuman are set on a collision course. Once again blending the real and the imagined, The Erstwhile brings historical figures such as William Blake and places such as the Bedlam Asylum, as well as ingenious creations such as The Kin (a family of robots) together to create unforgettable novel of births and burials, excavations and disappearances.
Read More
Praise for The Erstwhile:

“Epic. . . . emotionally gripping. . . . dreamlike. . . . Catling weaves alternate history and retroactive mythmaking into a stunning whole. . . . He’s succeeded at writing a more balanced—and if this can be believed, slightly more conventional—novel this time around, which also bodes well for the trilogy’s upcoming finale, The Cloven. At the same time, The Erstwhile doesn’t depart radically from the devastating scope and dark spectacle that made The Vorrh one of the most arresting fantasy debuts in years—or Catling one of contemporary speculative fiction’s most imaginative writers.” —NPR.org

“A dazzling psychedelic quest. . . . viciously surreal. . . . The Erstwhile almost revels in its status as the hiatus between Genesis and Apocalypse. It applies the sleight of hand that many of the best middle-books do, for a shift of focus. . . . William Blake makes an appearance, as do Yiddish theatre, guillotines, radios that transmit from the future, premonitions of Shoah on Brick Lane, and a Ripper rumour. Some of this is part of a shared mythology of English esoterica. It’s no wonder that Sinclair, Alan Moore and Michael Moorcock have enthused over these books: Catling is using the same raw materials they do, but in a different manner. . . .  Even in the most extreme moments Catling has an eye to the wry, to the momentous absurdity of just being a thing made of flesh in a world that is not.” —The Guardian

“Brian Catling’s The Erstwhile, like the work of Mervyn Peake, is outside genre. The stand-alone centre novel in a three-decker, it is even better than The Vorrh, the volume that preceded it. . . . Again we meet a variety of wonderful, often bizarre characters. . . .The plot is complex, monumental, engrossing and crammed with original images. If you like Peake’s Titus Groan, Catling’s splendid novel is probably for you.” —Michael Moorcock, The New Statesman


"The middle volume in Catling’s alternate history trilogy (after 2015’s The Vorrh) successfully expands on the interesting premise of its predecessor. . . . This imaginative and original work of fantasy will leave readers hungry for the series conclusion." —Publishers Weekly


Praise for The Vorrh:

“The English language has given birth to some great works of unbounded vision and imagination, and here is another one. Is it fantasy? I couldn’t care less. It’s a very sophisticated and subtle exploration of the decadent, the primitive and the mythical. Many books are said to be like nothing else, and aren’t, but Brian Catling’s really is.” —Philip Pullman, The Guardian

“One of the most original works of visionary fiction since Peake or Carpentier. . . . For all its page-turning story, it is a poet’s novel, a serious piece of writing.”—Michael Moorcock, The Guardian

“A dizzying trek into the dark heart of fantasy. . . . Catling’s first foray into long-form fiction does not disappoint. Instead, it feels like the midcareer highpoint of an established novelist, full of lyrical subtlety, piercing clarity, and an understated assurance. . . . Catling's plot and prose, like his setting, are dreamlike and hyper-vivid. His frequent and liquid shifts in point-of-view only add to that kaleidoscopic vision, and his surrealistic style dovetails empathetically with the source of his inspiration . . . . The Vorrh is not only a work of alternative history, but of alternate literature; Catling builds his imaginary story of the conception of Impressions of Africa into his Joseph Conrad-esque voyage into the unknown. . . . There are a staggering number of elements to juggle, and Catling practically levitates them. . . . In Catling's world, a miraculous healing touch becomes a plague of unchecked beneficence, where primitive tribes of cannibals do not adhere to the racist stereotypes of the time, and where angels must bury themselves under the soil in order to sleep. None of these wonders is there for show; they each play a part, sometimes pivotal and sometimes peripheral, in the teeming conceptual ecosystem of The Vorrh. . . . For all its eye-gouging, mind-bending spectacle, The Vorrh makes room for hushed poignancy and philosophical heft. . . . It's a testament to Catling's skill as a sculptor of words that such otherworldly ideas and images not only connect, but resonate to the bone.”—NPR.org 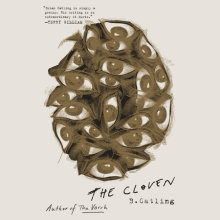 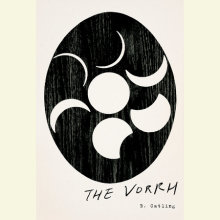 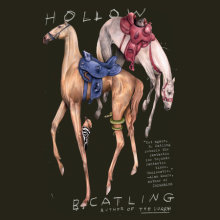