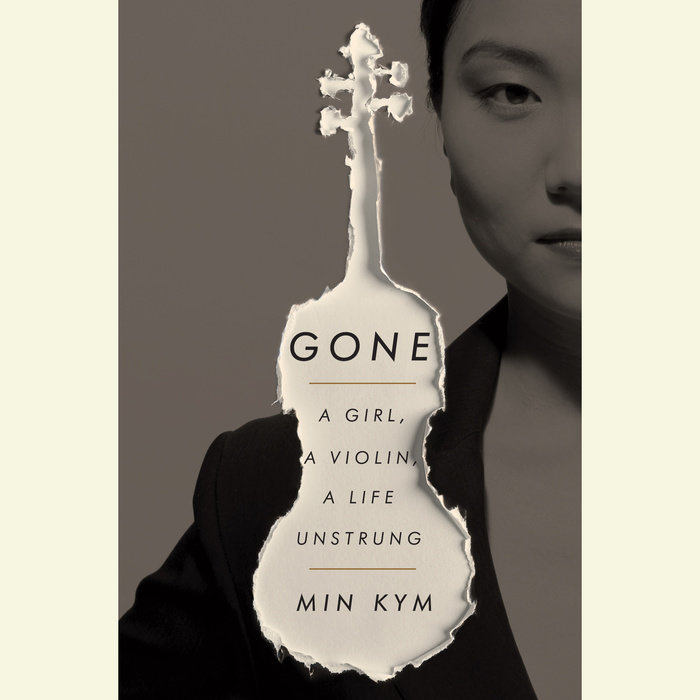 Written by: Min Kym
Read by: Rebecca Yeo
8 Hours and 7 Minutes Imprint: Random House Audio Genre: Biography & Autobiography - Personal Memoirs Release Date: April 25, 2017
The spellbinding memoir of a violin virtuoso who loses the instrument that had defined her both on stage and off -- and who discovers, beyond the violin, the music of her own voice

Her first violin was tiny, harsh, factory-made; her first piece was “Twinkle Twinkle, Little Star.” But from the very beginning, Min Kym knew that music was the element in which she could swim and dive and soar. At seven years old, she was a prodigy, the youngest ever student at the famed Purcell School. At eleven, she won her first international prize; at eighteen, violinist great Ruggiero Ricci called her “the most talented violinist I’ve ever taught.” And at twenty-one, she found “the one,” the violin she would play as a soloist: a rare 1696 Stradivarius. Her career took off. She recorded the Brahms concerto and a world tour was planned.

Then, in a London café, her violin was stolen. She felt as though she had lost her soulmate, and with it her sense of who she was. Overnight she became unable to play or function, stunned into silence.

In this lucid and transfixing memoir, Kym reckons with the space left by her violin’s absence. She sees with new eyes her past as a child prodigy, with its isolation and crushing expectations; her combustible relationships with teachers and with a domineering boyfriend; and her navigation of two very different worlds, her traditional Korean family and her music. And in the stark yet clarifying light of her loss, she rediscovers her voice and herself.
Read More
"Moving... An honest account of what it is like to have a life knocked off course by a freakish occurrence... Particularly intriguing is her account of her early years, which deals with the experience of being a 'child prodigy' and effectively rebuts many of the myths that surround musically talented children.... She writes beautifully of her own anxiety as she was forced to choose between devotion to her violin career and her desire to have a more 'normal' childhood.”
—Wall Street Journal

“A vivid, vulnerable portrayal of…life as a child prodigy.... Kym gives a beautiful description of the feeling of performing with a Stradivarius.”
—Milwaukee Journal-Sentinel

“Riveting…Her story of bereavement and resilience, and the determination to pursue one's art no matter what obstacles stand in one's way, is as enchanting as Kym's recording of a Brahms concerto.”
—Harper’s Bazaar

“The hours fell away as I read this spellbinding tale of love, loss, and above all devotion to art. You probably don’t know what it feels like to be a child prodigy or a world-class violinist, but you will after reading this luminous memoir. And though you may already know what it means to grieve and to love, you’ve never had the chance to experience these things through the far-seeing eyes of Min Kym.”
—SUSAN CAIN, author of Quiet

“A pellucid memoir of letting go and coming to terms.” —Kirkus Reviews

"Kym’s evocative writing style will make even nonmusicians appreciate her passion for music and for her violin.”
—Booklist


Praise from the UK

“Intense, elegiac and completely mesmerizing.... A beautifully pitched memoir which hits many different registers”
—The Bookseller (Book of the Month)

“A heart-wrenching, raw and deeply intimate tale that’s also a poignant glimpse into the life of a child prodigy”
—Glamour

“A remarkable story of love and loss.... Also a gripping thriller that contains a hint of scandal, as well as money, villains and a secret”
—Sunday Times