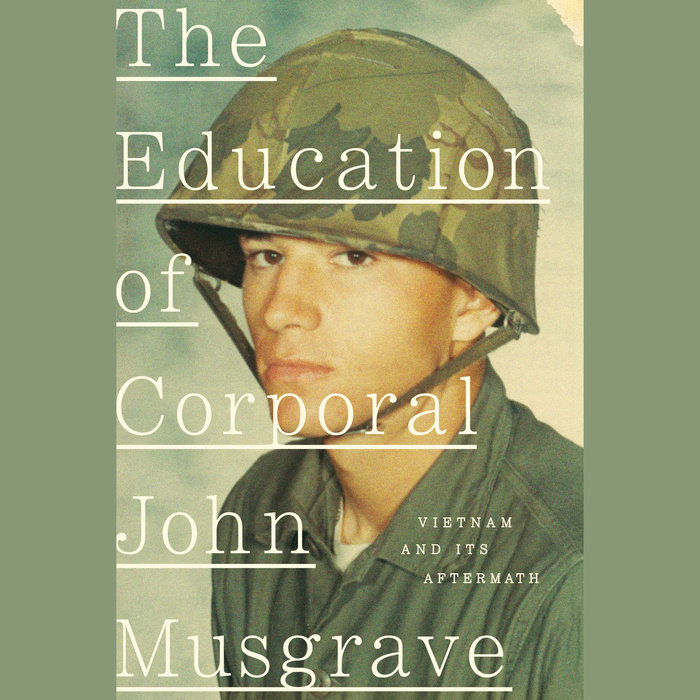 Written by: John Musgrave
Read by: John Musgrave
Foreword by: Ken Burns & Lynn Novick
9 Hours and 39 Minutes Imprint: Random House Audio Genre: Biography & Autobiography - Military Release Date: November 02, 2021
A Marine's searing and intimate story—"A passionate, fascinating, and deeply humane memoir of both war and of the hard work of citizenship and healing in war’s aftermath. A superb addition to our understanding of the Vietnam War, and of its lessons” (Phil Klay, author of Redeployment).

John Musgrave had a small-town midwestern childhood that embodied the idealized postwar America. Service, patriotism, faith, and civic pride were the values that guided his family and community, and like nearly all the boys he knew, Musgrave grew up looking forward to the day when he could enlist to serve his country as his father had done. There was no question in Musgrave’s mind: He was going to join the legendary Marine Corps as soon as he was eligible. In February of 1966, at age seventeen, during his senior year in high school, and with the Vietnam War already raging, he walked down to the local recruiting station, signed up, and set off for three years that would permanently reshape his life.

In this electrifying memoir, he renders his wartime experience with a powerful intimacy and immediacy: from the rude awakening of boot camp, to daily life in the Vietnam jungle, to a chest injury that very nearly killed him. Musgrave also vividly describes the difficulty of returning home to a society rife with antiwar sentiment, his own survivor's guilt, and the slow realization that he and his fellow veterans had been betrayed by the government they served. And he recounts how, ultimately, he found peace among his fellow veterans working to end the war. Musgrave writes honestly about his struggle to balance his deep love for the Marine Corps against his responsibility as a citizen to protect the very troops asked to protect America at all costs. Fiercely perceptive and candid, The Education of Corporal John Musgrave is one of the most powerful memoirs to emerge from the war.
Read More
"Outstanding memoir of service as a Marine rifleman and subsequent radicalization... There’s not a false note in this book, full of both pride and sorrow. It’s just the retort to those who wonder why Vietnam vets can’t just forget about the past and move on... Smart and self-aware, Musgrave delivers one of the best recent books on America’s experience in Vietnam."
—Kirkus, starred

"Riveting, gritty, piercing – this work by John Musgrave illuminates the journey of many a veteran, from generation to generation. John guides the reader on the well-trodden path that begins with the early enthusiasm of seeking the life of a warrior, to the fulfilling of that which was sought after, and then to the aftermath of having found it. John describes in high magnification what every step on the path looks like, and feels like. Thankfully, for any reader, but especially for combat veterans, John shows us how to retreat from the oft-viewed abyss of guilt and despair to confront the visible and the invisible wounds, and to experience post-traumatic growth.A must-read for veterans, and for anyone who loves one or is trying to love one."
—Vincent K. Brooks, a fellow combat veteran, General (US Army, Retired), and Vice Chairman of the Gary Sinise Foundation

“The Education of Corporal John Musgrave is a passionate, fascinating, and deeply humane memoir of both war and of the hard work of citizenship and healing in war’s aftermath. A superb addition to our understanding of the Vietnam War, and of its lessons for the present.”
—Phil Klay, author of Redeployment

"This memoir will do for an entire generation of Vietnam veterans. I was reminded of every emotion I experienced before I went to the war, while I was there, and when I came home to a hostile America. I was moved and glad for being reminded. Veterans of later wars will find echoes of their own wars, albeit experienced with different technology, but with the same humanity. All readers of this fine piece of writing will benefit from its insights and heart.”
—Karl Marlantes, author of Matterhorn
Read More 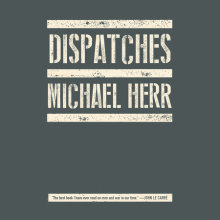