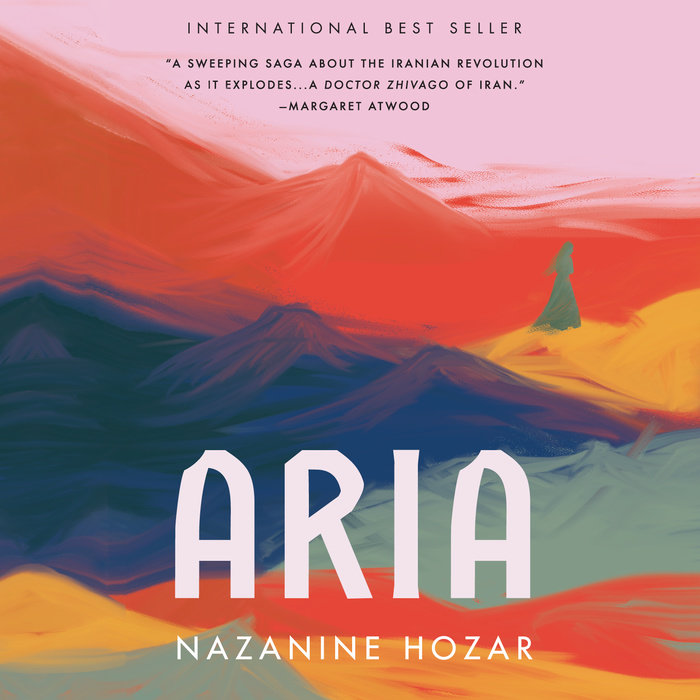 It is the 1950s in a restless Iran, a country rich in oil but deeply divided by class and religion. The government is unpopular and corrupt and under foreign sway. One night, an illiterate army driver hears the pitiful cry of a baby abandoned in an alley and menaced by ravenous wild dogs. He snatches up the child and takes her home, naming her Aria—the first step on an unlikely path from deprivation to privilege. Over the next two decades, the orphan girl acquires three mother figures whose secrets she will learn only much later: reckless and self-absorbed Zahra, who abuses her; wealthy and compassionate Fereshteh, who adopts her; and mysterious Mehri, whose connection to Aria is both a blessing and a burden.

A university education opens a new world to Aria, and she is soon caught up in the excitement and danger of the popular uprising against the Shah that sweeps through the streets of Tehran. The novel’s heart-pounding, explosive finale sees the Ayatollah Khomeini’s brutal regime seize power—even as Aria falls in love and becomes a mother herself.

Nazanine Hozar’s stunning debut gives us an unusually intimate view of a momentous time, through the eyes of a young woman coming to terms with the mysteries of her own past and future.
Read More
*** FINALIST FOR THE ETHEL WILSON FICTION PRIZE ***

“A sweeping saga about the Iranian revolution as it explodes. . . . A Doctor Zhivago of Iran.”
—Margaret Atwood, author of The Handmaid’s Tale

“A feminist odyssey. . . . A poised and dramatic historical novel with contemporary relevance.”
—John Irving, author of The World According to Garp

“A beautiful book set against the pains and passions of the Iranian Revolution . . . It is a book about a particular time and place yet also, and perhaps more importantly, about the common hopes and intimate longings of lives so forcibly invaded by national events.”
—Hisham Matar, Pulitzer Prize-winning author of The Return

“Nazanine Hozar's immaculate first novel follows a group of Iranians in the lead-up to the 1979 revolution and marks the arrival of a major new voice.”
—The Observer (London)

“A page-turner. . . . Through accessible language, [Hozar] vividly captures the feel of alleyways, courtyards, markets and overlapping experiences and faiths. . . . Hozar spent a decade researching and writing Aria, and it shows.”
—Now Toronto