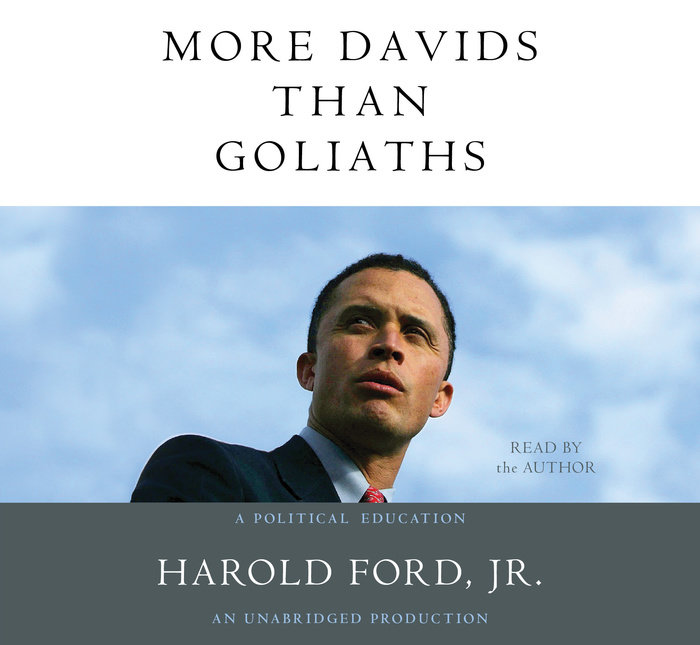 Harold Ford Jr. has long distinguished himself as a charismatic, results-oriented politician with fresh ideas. His career began at age 26 after he won his father’s Congressional seat, serving his Tennessee district for ten years. He stepped into the national spotlight with his electric keynote at the 2000 Democratic National Convention, and in 2006 his reputation was further shaped during the closest Senate race in Tennessee’s history, which he lost. Ford feels passionately that our country’s best days are ahead, and in More Davids Than Goliaths, he presents his mission statement for America.

Reflecting on what he’s learned from his extended political family, the slings and arrows of the campaign trail, and those across our nation who inspire him, More Davids Than Goliaths explains Ford’s conviction, “At its best, leadership in government can solve, inspire, and heal.” Along the way, Ford reminds us that in America, there are more Davids than Goliaths, more solutions than problems, more that unites us than divides us.
Read More