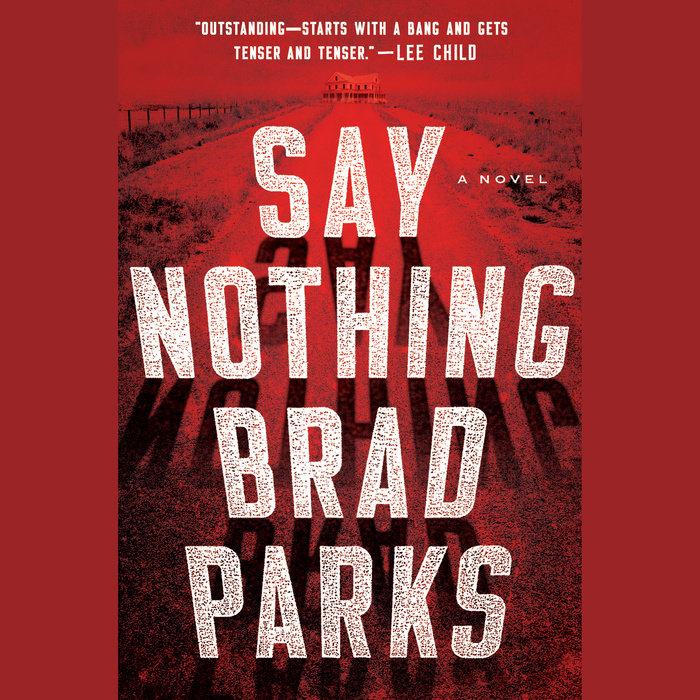 Judge Scott Sampson doesn’t brag about having a perfect life, but the evidence is clear: A prestigious job. A loving marriage. A pair of healthy children. Then a phone call begins every parent’s most chilling nightmare. Scott’s six-year-old twins, Sam and Emma, have been taken. The judge must rule exactly as instructed in a drug case he is about to hear. If he refuses, the consequences for the children will be dire.

For Scott and his wife, Alison, the kidnapper’s call is only the beginning of a twisting, gut-churning ordeal of blackmail, deceit, and terror. Through it all, they will stop at nothing to get their children back, no matter the cost to themselves . . . or to each other.


“Outstanding—starts with a bang and gets tenser and tenser. Say Nothing shows Parks is a quality writer at the top of his form.”—Lee Child

“Terrific book. Truly terrific. Tension throughout and tears at the end.”—Sue Grafton

“The work of an author who continues to raise his sights and refine his immense talent.”—Richmond Times-Dispatch
Read More
Praise for Say Nothing
A Library Journal and Kirkus Reviews Best Book of 2017

“Parks does a fantastic job conveying every parent’s worst fear while also showcasing the marital conflict and mistrust that erupts in the midst of a crisis. . . . Fans of Harlan Coben and Lisa Gardner will love this thriller. Don’t stay silent, tell everyone.”—Library Journal (starred review)

“The novel’s final pages are exciting, surprising, and deeply moving. How moving? Its ending brought me to tears, and, where books are concerned, such moments are rare. . . . [Say Nothing] carries his work to a new level.”—The Washington Post

“Parks dispenses plot twists with a poisoned eyedropper. . . . The nerve-shredding never lets up for a minute as Parks picks you up by the scruff of the neck, shakes you vigorously, and repeats over and over again till a climax so harrowing that you'll be shaking with gratitude that it's finally over.”—Kirkus Reviews (starred review)

“[Say Nothing] begins by shocking the mind and ends by shattering the heart...Readers will quickly say ‘yes’ to this spellbinding, disturbing novel.”—The Richmond Times-Dispatch

“A mystery is supposed to be a surprise but this one floored me. Parks has been a consistently solid writer, but with this book, he entered a new level with even fuller characters and superb plotting. Parks plumbs parents' anguish when their children are kidnapped.”—NJ.com

“Fast-paced and terrifying, Say Nothing is a roller coaster of fear, deception, jealousy, and terror.”—Bustle

“With the tension ratcheted up to 10, you’ll churn through pages like your life depends on it. Filled with more twists and turns than a country back road, you will never see what lies ahead. . . . After reading Say Nothing, I only had one thought in my head: I have to read everything Parks has written.”—Free Lance-Star (Fredericksburg)

“Parks’s legal thriller gets off to a roaring start, plunking us immediately in the middle of things.”—Booklist

“Outstanding—starts with a bang and gets tenser and tenser. Say Nothing shows Parks is a quality writer at the top of his form.”—Lee Child

“Say Nothing moves Brad Parks onto the top shelf of thriller writers. He grabs readers' hearts in the first chapter and doesn't let go until the last line.”—Joseph Finder

“A pedal-to-the-floor thriller! Say Nothing grabs you from the first few paragraphs and never lets go. Writing in sharp, no-nonsense prose, Parks perfectly nails the dynamics of a family under the gun and has conjured a plot (did I mention high-speed?) that leaps straight from today’s headlines. This novel’s a winner!”—Jeffery Deaver

“Say Nothing is tremendously satisfying, packed with engaging characters and surprising plot twists and a furious build of tension until its gut-wrenching pay-off.”—Chris Pavone

“A twisting, suspenseful ride that adds a new and original twist to the legal thriller: a judge, cornered. If you haven't discovered Brad Parks yet, Say Nothing is your chance. Smart, propulsive storytelling.”—William Landay

“Grips you in a vise from the very beginning, and shreds your emotions. Terrific, powerful storytelling at its very best. A tour de force.”—Peter James
Read More 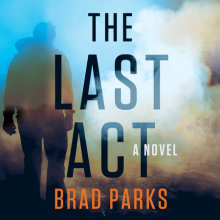 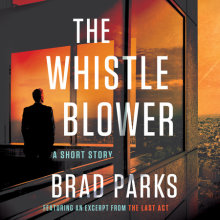 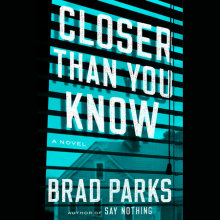