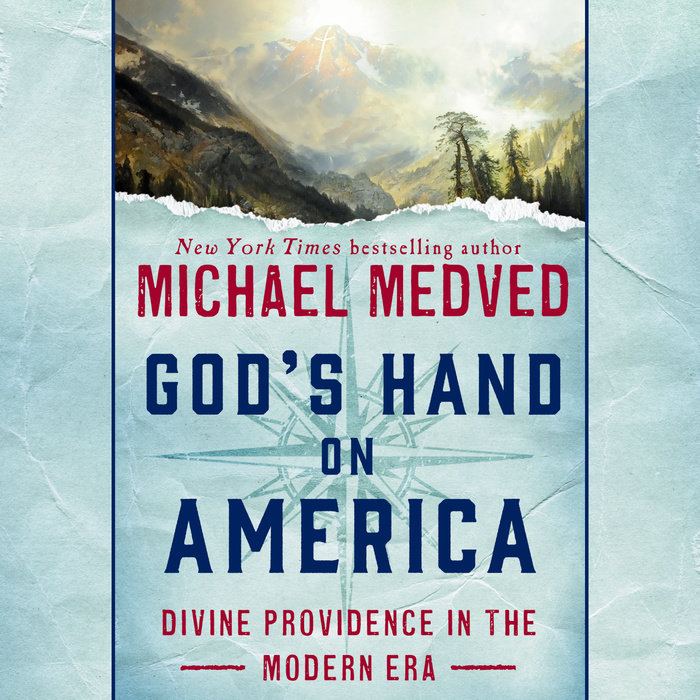 “The book isn't just inspiring; it reignites faith in God and the country upon which He has so richly dispensed his blessings.”—Ben Shapiro, The Daily Wire

Has God withdrawn his special blessing from the United States? Americans ponder that painful question in troubled times, as we did during the devastation of the Civil War and after the assassinations of the ’60s, and as we do in our present polarization. Yet somehow—on battlefields, across western wilderness, and in raucous convention halls—astounding events have reliably advanced America, restoring faith in the Republic’s providential protection.

In this provocative historical narrative, Michael Medved brings to life ten haunting tales that reveal this purposeful pattern, including:

• A near-fatal carriage accident forces Lincoln’s secretary of state into a canvas-and-steel neck brace that protects him from a would-be assassin’s knife thrusts, allowing him two years later to acquire Alaska for the United States.
• A sudden tidal wave of Russian Jewish immigration, be­ginning in 1881, coincides with America’s rise to world leadership, fulfilling a biblical promise that those bless­ing Abraham’s children will themselves be blessed.
• Campaigning for president, Theodore Roosevelt takes a bullet in the chest, but a folded speech in his jacket pocket slows its progress and saves his life.
• At the Battle of Midway, U.S. planes get lost over empty ocean and then miraculously reconnect for five minutes of dive-bombing that wrecks Japan’s fleet, convincing even enemy commanders that higher powers intervened against them.
• A behind-the-scenes “conspiracy of the pure of heart” by Democratic leaders forces a gravely ill FDR to replace his sitting vice president—an unstable Stalinist—with future White House great Harry Truman.

These and other little-known stories build on themes of The American Miracle, Medved’s bestseller about America’s remarkable rise. The confident heroes and stubborn misfits in these stories  shared a common faith in a master plan, which continues to unfold in our time. God’s Hand on America con­firms that the founders were right about America’s destiny to lead and enlighten the world.
Read More
“A spellbinding page-turner, Michael Medved’s marvelous new book puts our current difficult moment in panoramic historical context. Intensely readable and ultimately inspiring.”—Amy Chua, Yale Law School professor and author of Battle Hymn of the Tiger Mother and Political Tribes

“I believe in God. Until reading God’s Hand on America, however, I was agnostic as to God’s role in American history. That I am no longer in doubt about God’s hand on America is proof of how persuasive this book is. And, as a bonus, you get to learn history from one of the greatest living American historians.”—Dennis Prager, founder of Prager University and author of the bestselling Bible commentary The Rational Bible

“Riveting, superbly written, wonderfully researched, and compellingly argued. Many an avowed secularist will pause in his or her tracks upon reading God’s Hand on America and say to themselves: ‘I hadn’t considered that!’”—Hugh Hewitt, NBC political analyst and Chapman University School of Law professor

“Michael Medved is one of the nation’s greatest historical thinkers, and God’s Hand on America isn’t just inspiring; it reignites faith in God and the country upon which He has so richly dispensed his blessings.”—Ben Shapiro, nationally syndicated talk-radio host on The Daily Wire

“This compulsively readable account of modern American history reveals in exquisite detail those perilous moments when all could have been lost, but dare I say miraculously, wasn’t. History, wisdom, and education are never so enjoyably acquired as when Michael Medved is the author.”—Rabbi Joseph Telushkin, New York Times bestselling author of Jewish Literacy

“Michael Medved has an eye for a story and a preternatural gift for telling it in beguiling ways. The stories here involve fateful moments in American history that happen for reasons that defy reason itself. Whether you call the cause providence, destiny, the gods, or God is less important than witnessing American history survive—a hopeful message for our troubled times.”—Joseph Ellis, Pulitzer Prize winner for history, National Book Award winner, and author of Founding Brothers
Read More 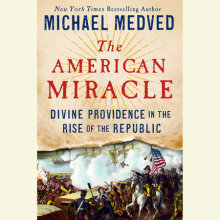 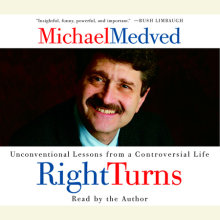