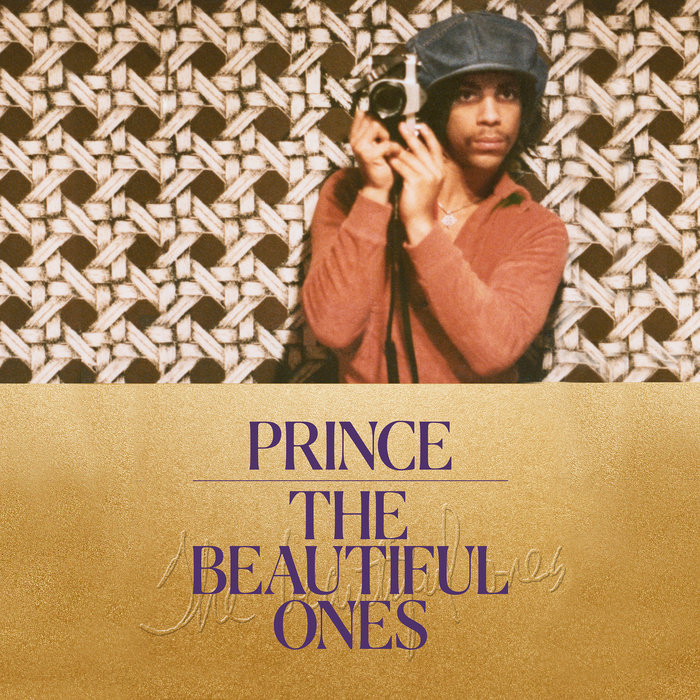 Written by: Prince
Read by: Esperanza Spalding, Adepero Oduye & Dan Piepenbring
3 Hours and 5 Minutes Imprint: Random House Audio Genre: Biography & Autobiography - Personal Memoirs Release Date: October 29, 2019
The brilliant coming-of-age-and-into-superstardom story of one of the greatest artists of all time, in his own words—featuring the exquisite memoir he began writing before his tragic death

Prince was a musical genius, one of the most beloved, accomplished, and acclaimed musicians of our time. He was a startlingly original visionary with an imagination deep enough to whip up whole worlds, from the sexy, gritty funk paradise of “Uptown” to the mythical landscape of Purple Rain to the psychedelia of “Paisley Park.” But his most ambitious creative act was turning Prince Rogers Nelson, born in Minnesota, into Prince, one of the greatest pop stars of any era.

The Beautiful Ones is the story of how Prince became Prince—a first-person account of a kid absorbing the world around him and then creating a persona, an artistic vision, and a life, before the hits and fame that would come to define him. The audiobook is told in four parts. The first is the memoir Prince was writing before his tragic death, pages that bring us into his childhood world through his own lyrical prose. The second part takes us through Prince’s early years as a musician, before his first album was released, via an evocative scrapbook of writing. The third section shows us Prince’s evolution, going up to the cusp of his greatest achievement, which we see in the audiobook’s fourth section: his original treatment for Purple Rain—the final stage in Prince’s self-creation, where he retells the autobiography of the first three parts as a heroic journey.

The audiobook is framed by editor Dan Piepenbring’s riveting and moving introduction about his profound collaboration with Prince in his final months—a time when Prince was thinking deeply about how to reveal more of himself and his ideas to the world, while retaining the mystery and mystique he’d so carefully cultivated.

This work is not just a tribute to an icon, but an original and energizing literary work in its own right, full of Prince’s ideas and vision, his voice and image—his undying gift to the world.

Includes a bonus PDF featuring never-before-seen photos and original scrapbooks & lyric sheets
Read More
“It doesn’t matter whether you’re a Prince fanatic or if your interest is simply piqued by all things music or pop culture: The book is worth picking up. . . . The Beautiful Ones is not a read, but an experience, an immersion inside the mind of a musical genius. You are steeped in Prince’s images, his words, his essence. . . . The way the book is structured simply makes one want to read it again, to leaf through the pages and be immersed in Prince’s world. . . . The book can be a starting point for a Prince fascination, or a continuation of long-standing admiration. Either way, it will deepen the connection of any reader with the musical icon.”—USA Today (★★★★ out of four stars)

“Everything Piepenbring shares about being a fan chosen to work with one of his idols resonates. . . . [He] doesn't just want to write this memoir with Prince, he wants to do it right. . . . This means we get a memoir that is written by Prince, literally. Handwritten pages he had shared with Piepenbring make up Part 1, taking us from his first memory—his mother’s eyes—through the early days of his career. . . . We also get a memoir that is carefully curated by Piepenbring, who writes that he was able to go through Paisley Park, room-by-room, sorting through Prince’s life. . . . The Beautiful Ones doesn't paint a perfect picture. . . . It’s not definitive. It can’t be. It shouldn’t be and, thankfully, it doesn’t try to be. . . . It’s up to us to take what’s there and make something out of it for ourselves, creating, just as Prince wanted.”—NPR

“[The Beautiful Ones] delivers much, much more than we had any reason to expect. . . . Prince took the project very seriously, and it shows in the work he delivered. . . . It shines an intimate and revealing light on the least-known period of his life—his childhood—which is embellished with family photos, notes and other ephemera. The book does not scrimp on detail: Prince’s handwritten manuscript, rendered in his famously precise cursive script . . . is reproduced in full. . . . The initial segment of that closing section is one of the most fascinating parts of the book: a reproduction of a photo album, with captions by a presumably young Prince, containing a couple dozen pictures from his trip to California to record his debut album, ranging from shots of him in the studio to candids of him and his friends. . . . The Beautiful Ones brings so much new information to light that it’s hard to imagine anyone being disappointed.”—Variety

“[The Beautiful Ones] is an affirmation of Prince’s Blackness and humanity. . . . The memoir is a ‘handbook for the brilliant community, wrapped in autobiography, wrapped in biography’—and thus, it’s an inspiration. . . . Prince writes about his childhood with clarity and poetic flair, effortlessly combining humorous anecdotes with deep self-reflection and musical analysis. . . . Prince is one of us—he just worked to manifest dreams that took him from the North Side of Minneapolis to the Super Bowl. [The book] encourages us to tap into our power to design the lives we envision for ourselves and set a precedent for future generations to do the same.”—HuffPost
Read More