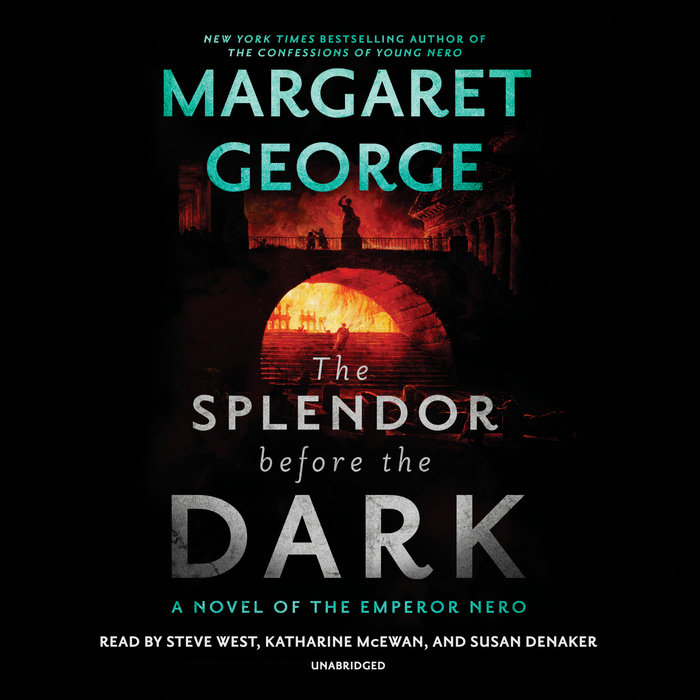 Written by: Margaret George
Read by: Steve West, Katharine Lee McEwan & Susan Denaker
21 Hours and 49 Minutes Imprint: Penguin Audio Genre: Fiction - Historical - Ancient Release Date: November 06, 2018
Nero’s ascent to the throne was only the beginning....Now Margaret George, the author of The Confessions of Young Nero, weaves a web of politics and passion, as ancient Rome’s most infamous emperor cements his place in history.

With the beautiful and cunning Poppaea at his side, Nero commands the Roman empire, ushering in an unprecedented era of artistic and cultural splendor. Although he has yet to produce an heir, his power is unquestioned.

But in the tenth year of his reign, a terrifying prophecy comes to pass and a fire engulfs Rome, reducing entire swaths of the city to rubble. Rumors of Nero’s complicity in the blaze start to sow unrest among the populace—and the politicians....

For better or worse, Nero knows that his fate is now tied to Rome’s—and he vows to rebuild it as a city that will stun the world. But there are those who find his rampant quest for glory dangerous. Throughout the empire, false friends and spies conspire against him, not understanding what drives him to undertake the impossible.

Nero will either survive and be the first in his family to escape the web of betrayals that is the Roman court, or be ensnared and remembered as the last radiance of the greatest dynasty the world has ever known.

“A resplendent novel filled with the gilt and marble of the ancient world.”—C. W. Gortner, author of The Romanov Empress

Read More
PRAISE FOR THE SPLENDOR BEFORE THE DARK

“George’s nuanced, well-researched character study depicts his candid inner self and how the performance of his short life played out on the Roman Empire’s vast stage. It succeeds admirably in persuading readers to reconsider their impressions of the infamous Nero.”—Booklist, starred review

“A riveting, rich read with a breathtaking finale.”—Woman’s World

“This reimagining of the life of one of ancient Rome’s most maligned and misunderstood leaders is dramatic, vivid, and epic, a must for readers of historical sagas.”—Library Journal, starred review

“George’s novel is meticulously researched, and, as she explains in her afterword, much of what we think we know about Nero was written by his enemies. She goes a long way toward setting the record straight. Her writing brings imperial Rome brilliantly to life. This novel, along with its predecessor, is highly recommended.”—Historical Novel Review

“These books are a fascinating look into the life of a much-maligned figure. George makes Nero real, likable, empathetic and worth your time as a character. If you’re looking for a new series in which to get lost, this is one you will want to explore.”—Bookreporter.com


PRAISE FOR THE CONFESSIONS OF YOUNG NERO

“George’s reconstruction of the man, in terms both of his public life and private character, is more than a revisiting of fact: It’s a subtle exploration of identity and the insidious effects of power...‘Confessions’ is all about identity: How is it made, lost, reinvented?...Margaret George occupies that blurry space between history and fiction. And between Tacitus and Margaret George, I rather think it’s George’s account that is not only most sympathetic but most truthful.”—Diana Gabaldon, Washington Post

“Margaret George has performed about the most audacious act imaginable for a historical novelist—an epic work of fiction not merely sympathetic to Nero, but told largely in his own voice. I applaud. And so, I imagine, does that connoisseur of the arts Nero, watching from Elysium.”—Steven Saylor, author of Roma: The Novel of Ancient Rome

“Wow! Margaret George—the reigning queen of historical fiction—is back with this epic saga that vividly re-imagines the life of young Nero in all its operatic, dramatic glory.”—Stephanie Dray, New York Times bestselling author of Lily of the Nile

"Margaret George has an incredible talent in that she can stand in the shoes of her protagonist and speak in his or her voice.”—Barbara Taylor Bradford, author of The Cavendon Luck and A Woman Of Substance
Read More 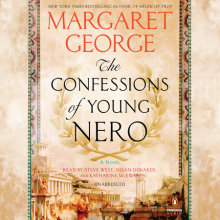 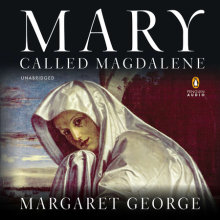 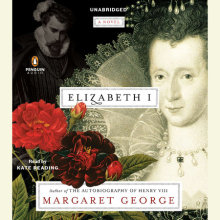 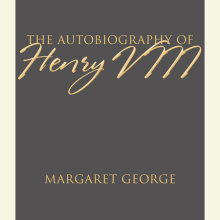