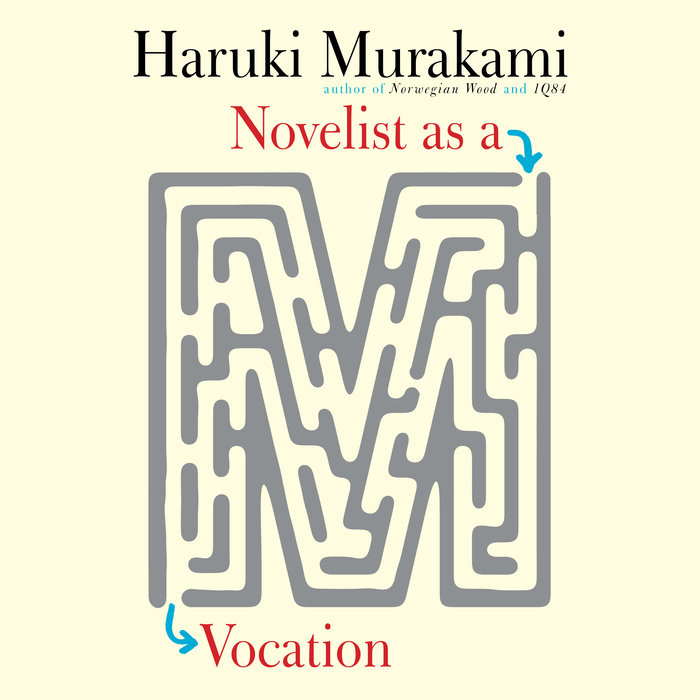 Written by: Haruki Murakami
Read by: Kotaro Watanabe
Translated by: Philip Gabriel & Ted Goossen
7 Hours and 36 Minutes Imprint: Random House Audio Genre: Literary Criticism - Books & Reading Release Date: November 08, 2022
NEW YORK TIMES BEST SELLER • An insightful look into the mind of a master storyteller—and a unique look at the craft of writing from the beloved and best-selling author of 1Q84, Norwegian Wood, and What I Talk About When I Talk About Running.

Aspiring writers and readers who have long wondered where the mysterious novelist gets his ideas and what inspires his strangely surreal worlds will be fascinated by this engaging book from the internationally best-selling author. Haruki Murakami now shares with readers his thoughts on the role of the novel in our society; his own origins as a writer; and his musings on the sparks of creativity that inspire other writers, artists, and musicians.

Here are the personal details of a life devoted to craft: the initial moment at a Yakult Swallows baseball game, when he suddenly knew he could write a novel; the importance of memory, what he calls a writer’s “mental chest of drawers”; the necessity of loneliness, patience, and his daily running routine; the seminal role a carrier pigeon played in his career and more.

"What I want to say is that in a certain sense, while the novelist is creating a novel, he is simultaneously being created by the novel as well." —Haruki Murakami
Read More
A MOST ANTICIPATED BOOK: Esquire, Vulture, LitHub, New York Observer

"Murakami has written 14 acclaimed novels, including Hear the Wind Sing, Kafka on the Shore, Norwegian Wood, and his best-selling IQ84; dozens of short stories; and over a dozen books of essays and other nonfiction...Novelist is indeed his true vocation, and in this collection of 11 interconnected essays, he tells would-be fiction writers, struggling novelists, and his many devoted readers about the path he’s followed and the ideas and thoughts he’s had in the process...Although this is a concrete and practical guide, as Murakami intended, it is also a fascinating personal and professional memoir." --Marcia Welsh, Library Journal (starred review)

"In this winsome volume, one of our greatest novelists invites readers into his creative process. The result is a revealing self-portrait that answers many burning questions about its reclusive subject, like: where do Murakami’s strange and surreal ideas come from? When and how did he start writing? How does he view the role of novels in contemporary society? Novelist as a Vocation is a rare and welcome peek behind the curtain of a singular mind." --Adrienne Westenfeld, Esquire ("The Best Books of Fall 2022")
Read More