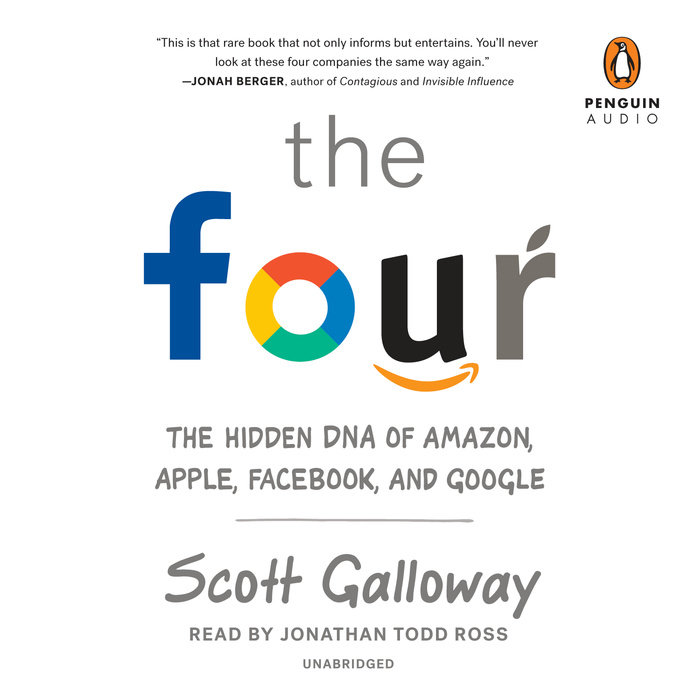 For all that’s been written about the Four over the last two decades, no one has captured their power and staggering success as insightfully as Scott Galloway.

Instead of buying the myths these compa­nies broadcast, Galloway asks fundamental questions. How did the Four infiltrate our lives so completely that they’re almost impossible to avoid (or boycott)? Why does the stock market forgive them for sins that would destroy other firms? And as they race to become the world’s first trillion-dollar company, can anyone chal­lenge them?

In the same irreverent style that has made him one of the world’s most celebrated business professors, Galloway deconstructs the strategies of the Four that lurk beneath their shiny veneers. He shows how they manipulate the fundamental emotional needs that have driven us since our ancestors lived in caves, at a speed and scope others can’t match. And he reveals how you can apply the lessons of their ascent to your own business or career.

Whether you want to compete with them, do business with them, or simply live in the world they dominate, you need to understand the Four.
Read More
“An existential alarm bell wrapped in a business lesson wrapped in an entertaining and often hilarious (and, yes, occasionally blue-languaged) series of stories built with great writing. It keeps you entertained to make sure you’re informed.” – 800-CEO-READ

“Galloway takes the reader through a refreshingly clear-eyed look at the nature of dominance at Amazon.com Inc., Apple Inc., Facebook Inc. and Google. He is interested in how these companies become more valuable with use instead of less, how they benefit from low cost of capital and the implications for things [that] could further strengthen their dominance.” —Brad Stone, Bloomberg Technology

"This is that rare book that not only informs but entertains. You'll never look at these four companies the same way again." - Jonah Berger, author of Contagious

“Scott Galloway is honest, outrageous, and provocative. This book will trigger your flight-or-fight nervous system like no other and in doing so challenge you to truly think differently.” —Calvin McDonald, CEO of Sephora

“The Four is an essential, wide-ranging powerhouse of a book that, like Scott Gal­loway himself, marries equal parts incisive, entertaining, and biting. As in his leg­endary MBA lectures, Galloway tells it like it is, sparing no business titan and no juggernaut corporation from well-deserved criticism. A must read.” —Adam Alter, author of Drunk Tank Pink

“If there is a blunter, more opinionated, faster-talking expert on the Internet than Scott Galloway, I haven’t come across him. Or her.” —Philip Elmer-DeWitt, Fortune

Scott Galloway Asks: Are the Four Our Friends or Foes? 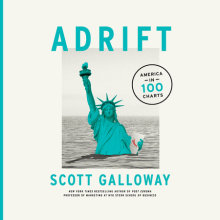 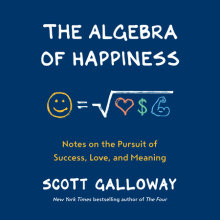 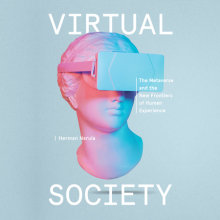