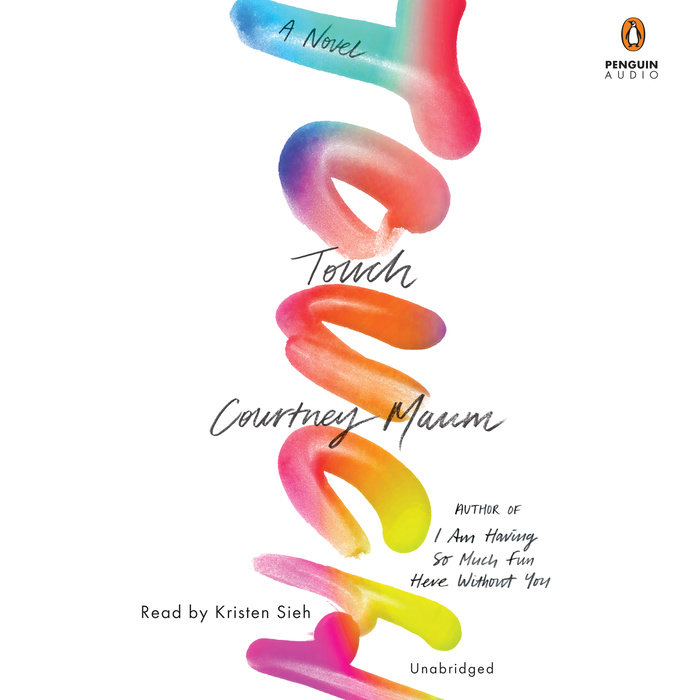 A heartfelt, hilarious tale of a famous trend forecaster who suddenly finds herself at odds with her own predictions...and her own heart.

Estranged from her family, best friends with her driverless car, partnered with a Frenchman who believes in post-sexual sex, international trend forecaster Sloane Jacobsen is the perfect candidate to lead tech giant Mammoth's conference for affluent consumers who prefer virtual relationships to the real thing. But early in her contract, Sloane starts picking up on cues that physical intimacy is going to make a major comeback, leaving many--Sloane included--to question if the forty-year-old's intutions are as dependable as they once were. And if Sloane goes rogue against her all-powerful employer, will she be able to let in the love and connectedness she's long been denying herself?

A poignant but amusing call to arms that showcases Courtney Maum's signature humor, Touch is a moving investigation into what it means to be an individual in a globalized world.
Read More
Finalist for the Connecticut Book Award

"Courtney Maum's exuberant new novel sends up the world of techie consumerism....[Her] writing is easy, eager and colloquial. . . . [She] shines when she writes about creativity, the slow burn and then sudden rush of ideas....Good writing about creativity is rare. Maum captures that fragile, gratifying, urgent process."—New York Times Book Review

“Irresistible. . . It’s impressive that Ms. Maum has managed to make a return to old-fashioned family values—and even commonplace acts of physical intimacy—seem daring and subversive. Maybe it will beckon a trend.”—Wall Street Journal

“A sharp, poignant take on our digitally dependent lives.”—Marie Claire

"Touch is an interesting take on what life would be like if we just put down our phones and stepped away from the computer. Maum reminds us to not forget about those who are living and breathing right around us. Because a loving hug, tight squeeze, or simple touch is so much more fulfilling than a text."—Associated Press

“Sweet and funny. . . A sharp yet feeling satire, Touch bristles with insights into the longing for warm, messy, inefficient, and imperfect human life buried in our increasingly streamlined, disembodied now.”—Interview

“Maum's takedown of our screen-addicted culture is funny and wise. It's perfect for vacation because it's breezy but not shallow. You can read it in a day and think, That was fun, and I feel better about the world.”—HGTV Magazine

“A satirical but sincere look at our thirst for ‘in-personism.’”—Departures

"Touch is an of the moment satire you should not miss.”—Domino

“[A] sharp, funny satire . . . Maum has a lot of fun poking fun at our tech- and self-obsessed lives, but she also offers a compassionate plea for the importance of family, real human interaction and empathy.”—Miami Herald

“It’s fiction, but you’ll never look at your devices the same.”—Glamour