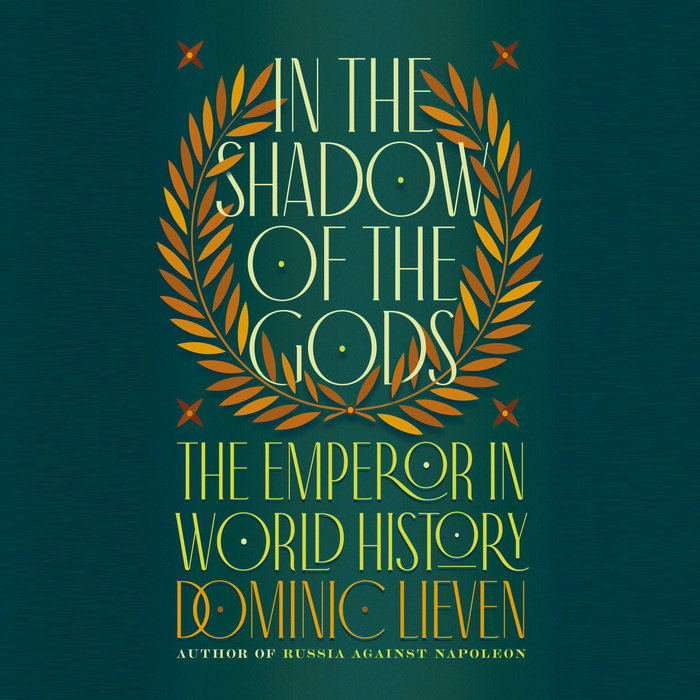 Written by: Dominic Lieven
Read by: John Lee
19 Hours and 20 Minutes Imprint: Penguin Audio Genre: History - World Release Date: June 07, 2022
A dazzling account of the men (and occasional woman) who led the world’s empires, a book that probes the essence of leadership and power through the centuries and around the world.

From the rise of Sargon of Akkad, who in the third millennium BCE ruled what is now Iraq and Syria, to the collapse of the great European empires in the twentieth century, the empire has been the dominant form of power in history. Dominic Lieven’s expansive book explores strengths and failings of the human beings who held those empires together (or let them crumble). He projects the power, terror, magnificence, and confidence of imperial monarchy, tracking what they had in common as well as what made some rise to glory and others fail spectacularly, and at what price each destiny was reached.

Lieven’s characters—Constantine, Chinggis Khan, Trajan, Suleyman, Hadrian, Louis XIV, Maria Theresa, Peter the Great, Queen Victoria, and dozens more—come alive with color, energy, and detail: their upbringings, their loves, their crucial spouses, their dreadful children. They illustrate how politics and government are a gruelling business: a ruler needed stamina, mental and physical toughness, and self-confidence. He or she needed the sound judgement of problems and people which is partly innate but also the product of education and experience. A good brain was essential for setting priorities, weighing conflicting advice, and matching ends to needs. A diplomatically astute marriage was often even more essential.

Emperors (and the rare empresses) could be sacred symbols, warrior kings, political leaders, chief executive officers of the government machine, heads of a family, and impresarios directing the many elements of "soft power" essential to any regime’s survival. What was it like to live and work in such an extraordinary role? What qualities did it take to perform this role successfully? Lieven traces the shifting balance among these elements across eras  that encompass a staggering array of events from the rise of the world’s great religions to the scientific revolution, the expansion of European empires across oceans, the great twentieth century conflicts, and the triumph of nationalism over imperialism.

The rule of the emperor may be over, but Lieven shows us how we live with its poltical and cultural legacies today.
Read More
"With verve, he describes the good-cop/bad-cop games played by imperial strategists: that mixture of light-touch suzerainty through local proxies, and occasional ruthlessness, which often let a handful of individuals hold sway over vast and scattered populations...The era of crowned despots who personify the divine will may be over, but the age of self-conscious imperial calculus is not." --The Economist

"Historian Lieven (Russia Against Napoleon) delivers an erudite, globe-spanning study of “hereditary holders of supreme authority” and their systems of government...Lieven’s sharp wit and vast knowledge impress. This eloquent and entertaining chronicle casts world history in a new light."—Publishers Weekly