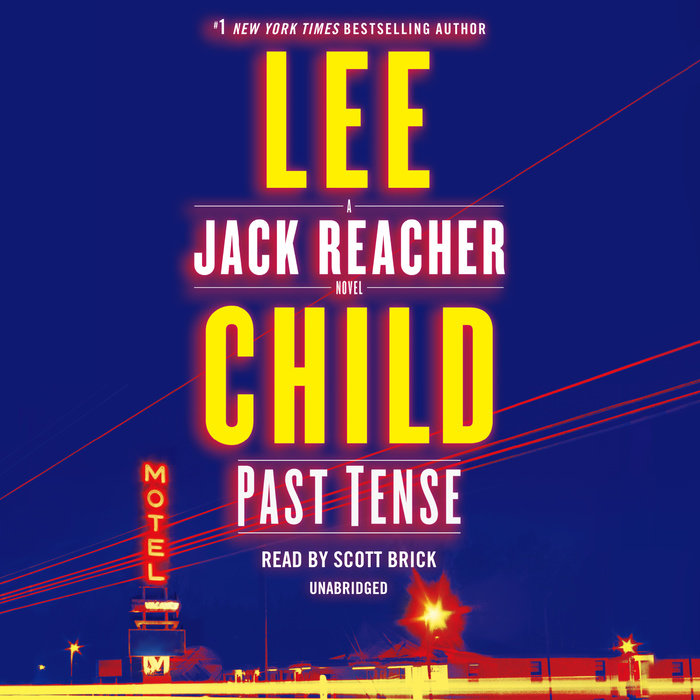 Family secrets come back to haunt Jack Reacher in this electrifying thriller from “a superb craftsman of suspense” (Entertainment Weekly).

Jack Reacher hits the pavement and sticks out his thumb. He plans to follow the sun on an epic trip across America, from Maine to California. He doesn’t get far. On a country road deep in the New England woods, he sees a sign to a place he has never been: the town where his father was born. He thinks, What’s one extra day? He takes the detour.

At the same moment, in the same isolated area, a car breaks down. Two young Canadians had been on their way to New York City to sell a treasure. Now they’re stranded at a lonely motel in the middle of nowhere. The owners seem almost too friendly. It’s a strange place, but it’s all there is.

The next morning, in the city clerk’s office, Reacher asks about the old family home. He’s told no one named Reacher ever lived in town. He’s always known his father left and never returned, but now Reacher wonders, Was he ever there in the first place?

As Reacher explores his father’s life, and as the Canadians face lethal dangers, strands of different stories begin to merge. Then Reacher makes a shocking discovery: The present can be tough, but the past can be tense . . . and deadly.
Read More
“Child is one writer who should never be taken for granted.”—The New York Times Book Review

“[Lee Child] shows no signs of slowing down. . . . Reacher is a man for whom the phrase moral compass was invented: His code determines his direction. . . . You need Jack Reacher.”—The Atlantic

“Superb . . . Child neatly interweaves multiple narratives, ratchets up the suspense (the reveal of the motel plot is delicious), and delivers a powerful, satisfying denouement. Fans will enjoy learning more of this enduring character’s roots, and Child’s spare prose continues to set a very high bar.”—Publishers Weekly (boxed and starred review)

“Another first-class entry in a series that continues to set the gold standard for aspiring thriller authors.”—Booklist (starred review)

“With his usual flair for succinctness and eye for detail, Child creates another rollicking Reacher road trip that will please fans and newcomers alike.”—Library Journal (starred review)

“Cerebral . . . One doesn’t want Mr. Child’s storytelling to end. . . . Get your copy soon before Past Tense sells out. Then enjoy the ride.”—New York Journal of Books

“The way everything winds up for all the participants shows a satisfying generosity of storytelling spirit.”—Kirkus Reviews