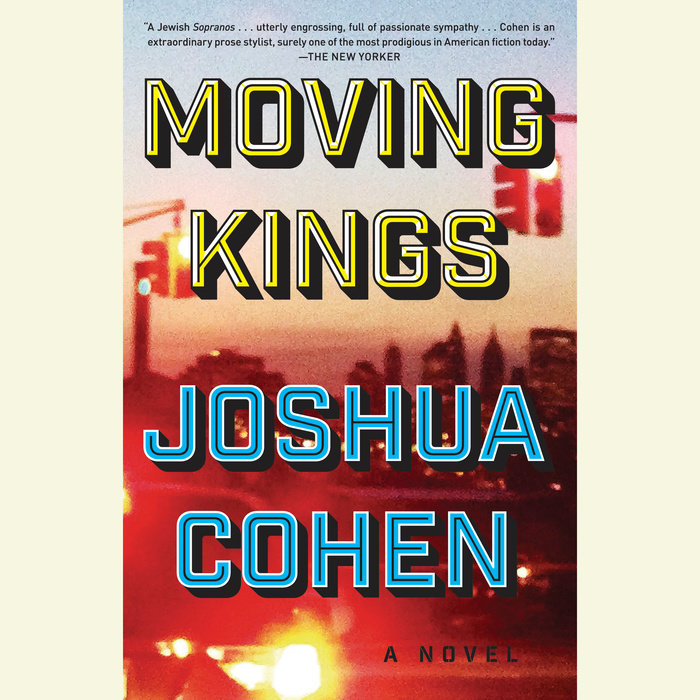 Written by: Joshua Cohen
Read by: Jonathan Davis
7 Hours and 14 Minutes Imprint: Random House Audio Genre: Fiction - Literary Release Date: July 11, 2017
A propulsive, incendiary novel about faith, race, class, and what it means to have a home, from the Pulitzer Prize–winning author of The Netanyahus

“A Jewish Sopranos . . . utterly engrossing, full of passionate sympathy . . . Cohen is an extraordinary prose stylist, surely one of the most prodigious at work in American fiction today.”—The New Yorker

ONE OF THE BEST BOOKS OF THE YEAR—Vulture, Bookforum

One of the boldest voices of his generation, Joshua Cohen returns with Moving Kings, a powerful and provocative novel that interweaves, in profoundly intimate terms, the housing crisis in America’s poor black and Hispanic neighborhoods with the world's oldest conflict, in the Middle East.

The year is 2015, and twenty-one-year-olds Yoav and Uri, veterans of the last Gaza War, have just completed their compulsory military service in the Israel Defense Forces. In keeping with national tradition, they take a year off for rest, recovery, and travel. They come to New York City and begin working for Yoav’s distant cousin David King—a proud American patriot, Republican, and Jew, and the recently divorced proprietor of King’s Moving Inc., a heavyweight in the tri-state area’s moving and storage industries. Yoav and Uri now must struggle to become reacquainted with civilian life, but it’s not easy to move beyond their traumatic pasts when their days are spent kicking down doors as eviction-movers in the ungentrified corners of the Bronx, Brooklyn, and Queens, throwing out delinquent tenants and seizing their possessions. And what starts off as a profitable if eerily familiar job—an “Occupation”—quickly turns violent when they encounter one homeowner seeking revenge.
Read More
“A Jewish Sopranos . . . utterly engrossing, full of passionate sympathy . . . Joshua Cohen is an extraordinary prose stylist, surely one of the most prodigious at work in American fiction today.”—James Wood, The New Yorker

“Brilliant . . . It feels master-planned to slowly unsettle your convictions, as the best novels do. . . . Cohen has a brain-on-fire intellect and a Balzac-grade enthusiasm for understanding varieties of experience.”—Los Angeles Times

“Moving Kings is a lit fuse, a force let loose, a creeping flame heading for demolition, and Cohen himself is a master of argot and wit.”—Cynthia Ozick

“A dazzling and poignant book.”—Rachel Kushner

“Cohen’s writing is filled with sharp turns of phrase and elegant rhythms. . . . The denouement is as vengeful as any Old Testament plot twist. . . . Cohen has become one of America’s top young novelists.”—Time

“Another strong case for Cohen’s admission into the ranks of the Great American Novelists.”—Esquire

“An astute and often penetrating look at a divided world, lightened with sympathy for all its flawed protagonists.”—The Guardian

“Moving Kings is a swift, darkly funny, surprising—and brilliant—novel. . . . [Cohen] manages to bring together a treatment of fifty years of the Palestinian occupation with a story about American gentrification.”—Vice

“Snappy, heartfelt, vivid, and often note-perfect in its depiction of displacement, aging, and the compromises of being part of an occupying force.”—Karan Mahajan 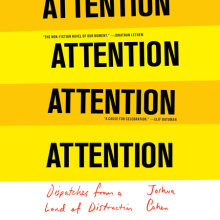