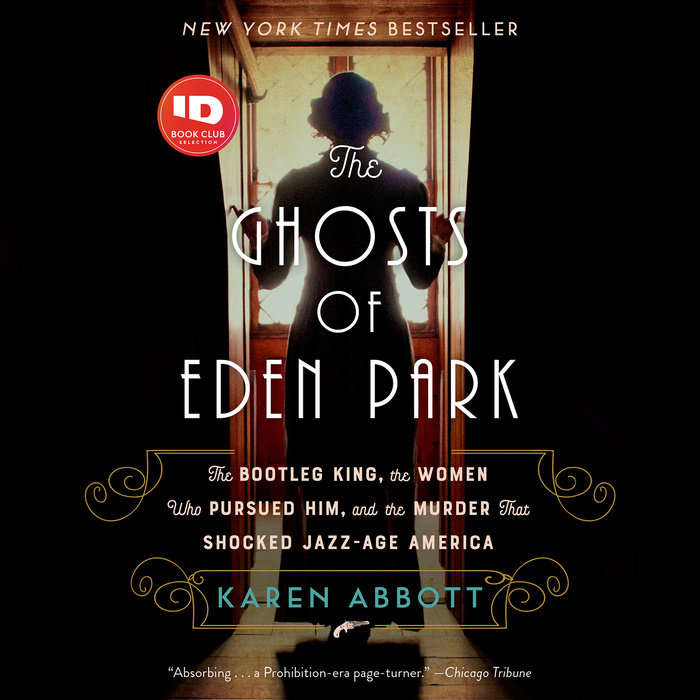 In the early days of Prohibition, long before Al Capone became a household name, a German immigrant named George Remus quits practicing law and starts trafficking whiskey. Within two years he's a multi-millionaire. The press calls him "King of the Bootleggers," writing breathless stories about the Gatsby-esque events he and his glamorous second wife, Imogene, host at their Cincinnati mansion, with party favors ranging from diamond jewelry for the men to brand-new cars for the women. By the summer of 1921, Remus owns 35 percent of all the liquor in the United States.

Pioneering prosecutor Mabel Walker Willebrandt is determined to bring him down. Willebrandt's bosses at the Justice Department hired her right out of law school, assuming she'd pose no real threat to the cozy relationship they maintain with Remus. Eager to prove them wrong, she dispatches her best investigator, Franklin Dodge, to look into his empire. It's a decision with deadly consequences. With the fledgling FBI on the case, Remus is quickly imprisoned for violating the Volstead Act. Her husband behind bars, Imogene begins an affair with Dodge. Together, they plot to ruin Remus, sparking a bitter feud that soon reaches the highest levels of government--and that can only end in murder.

Combining deep historical research with novelistic flair, The Ghosts of Eden Park is the unforgettable, stranger-than-fiction story of a rags-to-riches entrepreneur and a long-forgotten heroine, of the excesses and absurdities of the Jazz Age, and of the infinite human capacity to deceive.

Praise for The Ghosts of Eden Park

“An exhaustively researched, hugely entertaining work of popular history that . . . exhumes a colorful crew of once-celebrated characters and restores them to full-blooded life. . . . [Abbott’s] métier is narrative nonfiction and—as this vibrant, enormously readable book makes clear—she is one of the masters of the art.”—The Wall Street Journal

“Absorbing . . . a Prohibition-era page-turner.”—Chicago Tribune
Read More
“Few authors write as colorfully and compellingly about the past as Karen Abbott, particularly when bad behavior is involved. In The Ghosts of Eden Park, we meet the audacious, larger-than-life ‘King of the Bootleggers,’ George Remus, and the equally fascinating women who will seal his fate. Sex and greed, corruption and revenge, oceans of illegal booze—Abbott’s action-packed, riveting tale has it all.”—Paula McLain, New York Times bestselling author of The Paris Wife and Love and Ruin

“Karen Abbott has long shown a formidable talent for rescuing Gothic stories from the noirish margins of American history. In The Ghosts of Eden Park, she's done it once again. Here is a high-proof narrative from the Age of Excess, populated with real-life gangsters and flapper girls, but also with plenty of surprising characters who cut against type. This Prohibition-era tale of trapdoors and false bottoms, of wicked pleasures and brilliant deceptions, springs to life on the page—and has Hollywood written all over it.”—Hampton Sides, New York Times bestselling author of In the Kingdom of Ice

“A gripping true-crime narrative . . . [Abbott’s] research is exemplary, and she lays out the details with a novelist’s deft touch. [F. Scott Fitzgerald] would undoubtedly have appreciated this heady cocktail of murder, intrigue and Jazz Age excess.”—The Washington Post

“Karen Abbott tells the story of Remus’ rise and fall with a novelist’s eye. . . . I was transfixed, not only by the incredible research that informed this compulsively readable book but also by what the story reveals about human nature, the interplay of brilliant and unpredictable individuals and the societies in which they live, and the way that greed, fame and lust can [corrupt]—and have [corrupted—] the motives of both lovers and enemies. If you are a fan of true crime, historical nonfiction and the Jazz Age, this is not a book to miss.”—BookPage (starred review)

“Karen Abbott's newest is a page-turner, teasing readers with its central mystery, and reaching its climactic final trial with a satisfying bang.”—NPR

“Abbott continues her inquiry into sensational yet forgotten women’s lives in this riveting combination of social history and true crime. . . . Smart and delectable [and] generating lots of buzz.”—Booklist 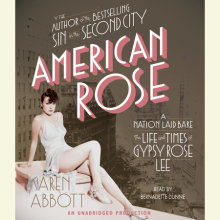