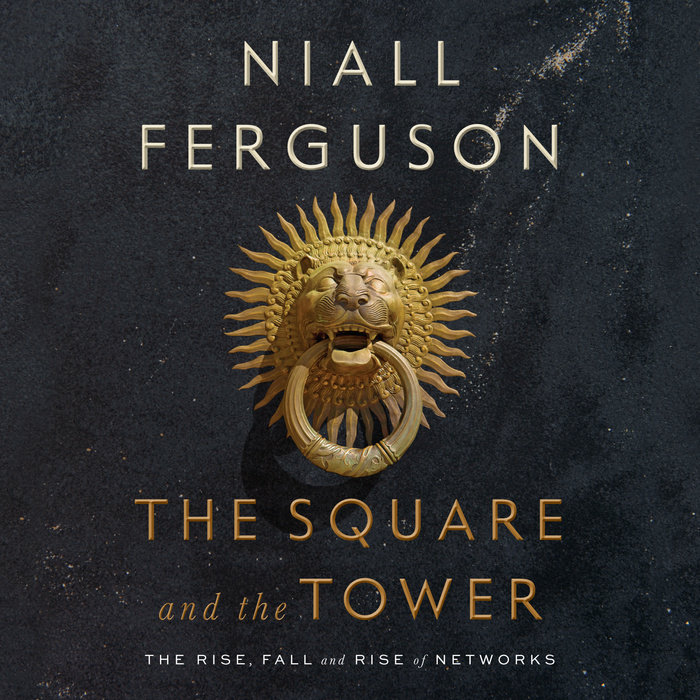 A brilliant recasting of the turning points in world history, including the one we're living through, as a collision between old power hierarchies and new social networks.

"Niall Ferguson has again written a brilliant book...In 400 pages you will have restocked your mind. Do it." —The Wall Street Journal

“The Square and the Tower, in addition to being provocative history, may prove to be a bellwether work of the Internet Age.” —Christian Science Monitor

Most history is hierarchical: it's about emperors, presidents, prime ministers and field marshals. It's about states, armies and corporations. It's about orders from on high. Even history "from below" is often about trade unions and workers' parties. But what if that's simply because hierarchical institutions create the archives that historians rely on? What if we are missing the informal, less well documented social networks that are the true sources of power and drivers of change?

The 21st century has been hailed as the Age of Networks. However, in The Square and the Tower, Niall Ferguson argues that networks have always been with us, from the structure of the brain to the food chain, from the family tree to freemasonry. Throughout history, hierarchies housed in high towers have claimed to rule, but often real power has resided in the networks in the town square below. For it is networks that tend to innovate. And it is through networks that revolutionary ideas can contagiously spread. Just because conspiracy theorists like to fantasize about such networks doesn't mean they are not real.

From the cults of ancient Rome to the dynasties of the Renaissance, from the founding fathers to Facebook, The Square and the Tower tells the story of the rise, fall and rise of networks, and shows how network theory--concepts such as clustering, degrees of separation, weak ties, contagions and phase transitions--can transform our understanding of both the past and the present.

Just as The Ascent of Money put Wall Street into historical perspective, so The Square and the Tower does the same for Silicon Valley. And it offers a bold prediction about which hierarchies will withstand this latest wave of network disruption--and which will be toppled.
Read More
“Captivating and compelling. Whether describing the surprisingly ineffective 18th century network of the mysterious Illuminati that continue to be the subject of crank conspiracy theorists or the shockingly effective 20th century network of Cambridge University spies working for the Soviets, Ferguson manages both to tell a good story and provide important insight into the specific qualities that power successful networks.” —The New York Times

“Remarkably interesting . . . always surprising and always thought-provoking in the places and entities it chooses to pause and examine, everything from the Mafia to the Soviet Union of Stalin. . . . The Square and the Tower in addition to being provocative history, may prove to be a bellwether work of the Internet Age.” —Christian Science Monitor

"Niall Ferguson has again written a brilliant book. . . . His short chapters are lucid snapshots of a world history of Towers and Squares, filled with gracefully deployed learning. . . . THE SQUARE AND THE TOWER is always readable, intelligent, original. You can swallow a chapter a night before sleep and your dreams will overflow with scenes of Stendhal’s The Red and the Black, Napoleon, Kissinger. In 400 pages you will have restocked your mind. Do it." —The Wall Street Journal

“Ferguson reminds us the social network didn’t spring fully formed from the mind of Mark Zuckerberg; rather, it’s a persistent force in human affairs offering a novel lens on past and perplexing present.”—San Francisco Chronicle

"A wide-ranging and provocative tour through the history of human connectivity, pre- and post-high tech. Ferguson also ladles out illuminating doses of networking theory and analysis of the threat that growing political and economic complexity poses to established hierarchies and institutions." —Inc.com

“An engaging, provocative history of networks (and their relationships to hierarchies) from ancient times to the invention of the printing press to the pervasiveness of the personal computer. Breathtaking in its scale and scope, The Square and the Tower applies insights of network theory to (among other subjects) Portugal’s foothold in Macau, the “conquest” of the Incas, the Reformation, the Enlightenment, the American Revolution, the Industrial Revolution, World War I, Stalin’s Terror, World War II, the fall of the Soviet Union, the founding of the European Union and the Great Recession of 2008-09.”—Pittsburgh Post-Gazette

“An enthralling ‘reboot’ of history from a novel perspective, spanning antiquity to the present day. . . . Like the best historians, [Ferguson] always pauses to learn from the past and anticipate the future. If only for this reason, [THE SQUARE AND THE TOWER] is well worth a read.”—Science

“Ferguson has written a provocative and intellectually challenging work that should promote consideration and debate among academics and laypersons.” —Booklist

“In his sweeping, stimulating and enlightening The Square and the Tower, noted historian Niall Ferguson draws from a wide range of sources to trace the crucial role that different kinds of human networks have played throughout history… Ferguson’s superb, thought-provoking book brings these events vividly to life and will help readers view history from a unique perspective.” —BookPage

"Niall Ferguson's The Square and the Tower brilliantly illuminates the great power struggle between networks and hierarchies that is raging around the world today. As a software engineer steeped in the theory and practice of networks, I was deeply impressed by this book's insights. Silicon Valley needed a history lesson and Ferguson has provided it." —Eric Schmidt, Executive Chairman of Alphabet, the parent company of Google
Read More