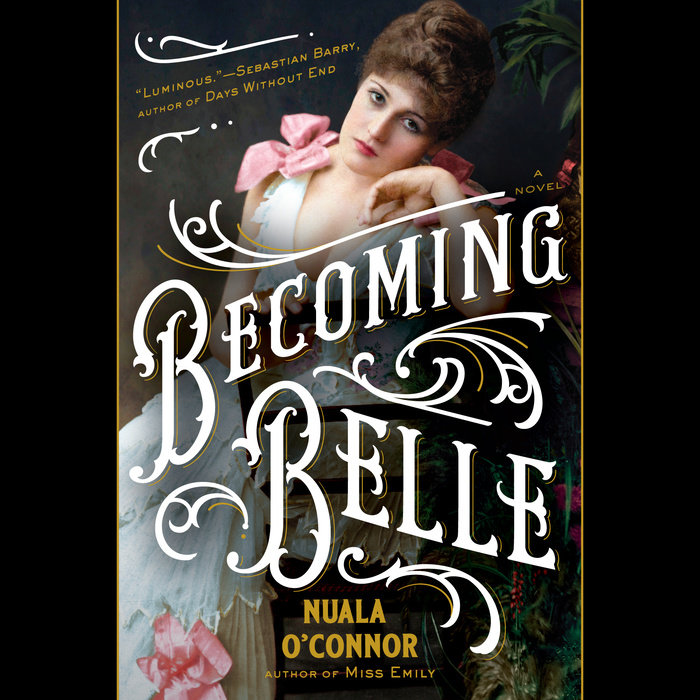 A witty and inherently feminist novel about passion and marriage, based on a true story of an unstoppable woman ahead of her time in Victorian London.

In 1887, Isabel Bilton is the eldest of three daughters of a middle-class military family, growing up in a small garrison town. By 1891 she is the Countess of Clancarty, dubbed "the peasant countess" by the press, and a member of the Irish aristocracy. Becoming Belle is the story of the four years in between, of Belle's rapid ascent and the people that tried to tear her down.

With only her talent, charm, and determination, Isabel moves to London alone at age nineteen, changes her name to Belle, and takes the city by storm, facing unthinkable hardships as she rises to fame. A true bohemian and the star of a dancing double act she performs with her sister, she reigns over The Empire Theatre and The Corinthian Club, where only select society entertains. It is there she falls passionately in love with William, Viscount Dunlo, a young aristocrat. For Belle, her marriage to William is a dream come true, but his ruthless father makes clear he'll stop at nothing to keep her in her place.

Reimagined by a novelist at the height of her powers, Belle is an unforgettable woman. Set against an absorbing portrait of Victorian London, hers is a timeless rags-to-riches story a la Becky Sharpe.
Read More
“O’Connor offers a stunning historical reimagining. Her eye for details, including Victorian dress, food, and technology, enhance her mastery of character and inner dialog.” — Library Journal (starred review)

“It’s Belle’s determination to live her life on her own terms and in defiance of her times that makes her such a fascinating subject. . . You’ll cheer for the young heroine in this David versus Goliath tale.”  —The Irish Voice

"O'Connor has the thrilling ability to step back nimbly and enter the deep dance of time―this is a hidden history laid luminously before us of an exultant Anglo-Irish woman navigating the dark shoals and the bright fields of a life." ―Sebastian Barry, award-winning author of The Secret Scripture and Days Without End

“Lively… O’Connor skillfully captures the mores of the time and tops it off with a wonderfully suspenseful court case. This is a transportive, enjoyable novel.” — Publisher’s Weekly

“The period setting comes alive thanks to O’Connor’s lively prose and dialogue.”–Kirkus Reviews

“Vividly reimagines the life of a nontraditional historical heroine. . . this passionate tale of ambition and love has cross-genre appeal for fans of historical fiction and romance.” —Booklist

“Becoming Belle is a glorious novel in which Belle Bilton and 19th century London are brought roaring to life with exquisite period detail. In her portrayal of Belle, Nuala O'Connor delivers a seductive study of a complex and fascinating woman, who deserves the stage provided for her in this wonderful book.”—Hazel Gaynor, New York Times bestselling author of A Memory of Violets

“Masterful storytelling!  I was putty in Nuala O’Connor’s hands.  She made the unsinkable Belle Bilton and her down-to-earth sister Flo real to me, and brought 1880's London to my living room.  Encore! Encore!” —Lynn Cullen, bestselling author of Mrs. Poe

"O’Connor has a genius for finding the universal and unifying life essence of seemingly diverse women as they nurture their deepest sensibilities and draw upon their enduring strength. ... O’Connor’s rendering of a now little-known nineteenth-century music hall dancer in Becoming Belle is thrillingly dramatic and achingly moving and profoundly resonant into this present era."—Robert Olen Butler, author of A Good Scent from a Strange Mountain

“Becoming Belle is luscious, addictive and as satisfyingly wise as it is huge of heart. Nuala O'Connor has gone in deep to imagine the life of a fascinating woman, and from the dance floor to the townhouse to the bedroom, she renders Belle Bilton's passion, determination and vulnerability bracingly real. A treat as well as a tribute; utterly absorbing.” —Belinda McKeon, author of Tender

"Nuala O’Connor is a gifted writer who, with incandescent characters and mellifluous prose, captivates the reader with the same command as magnificent theatre. Becoming Belle is so mesmerizing you will be distraught when it ends and you remember that she lives no more. O’Connor has resurrected a fiery, inexorable woman who rewrites the script on a stage supposedly ruled by men. Sensual, witty, daring, and unapologetically forward, Belle Bilton and her cohorts will dance on in your mind long after the curtains fall."—Lisa Carey, author of The Stolen Child

"A thoroughly engrossing and entertaining read. O’Connor’s meticulous attention to period detail and scrutiny of the upper classes and their shallow lives [is] reminiscent of Edith Wharton at her very best. It also makes us question whether women have ever really escaped from the censorious judgement of Victorian times."—Liz Nugent, author of Unraveling Oliver
Read More

Irish Authors You Should Know 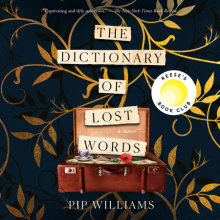 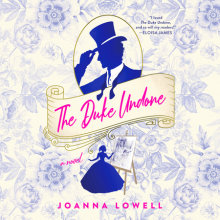 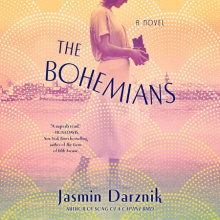 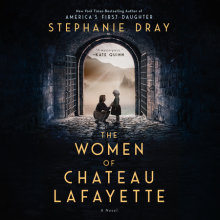