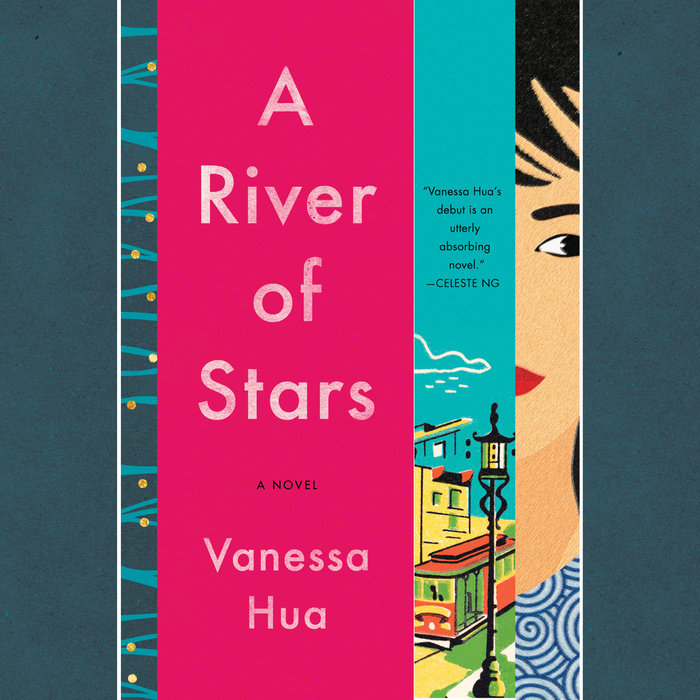 “Utterly absorbing.”—Celeste Ng • “A marvel of a first novel.”—O: The Oprah Magazine • “The most eye-opening literary adventure of the year.”—Entertainment Weekly

Holed up with other mothers-to-be in a secret maternity home in Los Angeles, Scarlett Chen is far from her native China, where she worked in a factory and fell in love with the married owner, Boss Yeung. Now she’s carrying his baby. To ensure that his child—his first son—has every advantage, Boss Yeung has shipped Scarlett off to give birth on American soil. As Scarlett awaits the baby’s arrival, she spars with her imperious housemates. The only one who fits in even less is Daisy, a spirited, pregnant teenager who is being kept apart from her American boyfriend.

Then a new sonogram of Scarlett’s baby reveals the unexpected. Panicked, she goes on the run by hijacking a van—only to discover that she has a stowaway: Daisy, who intends to track down the father of her child. The two flee to San Francisco’s bustling Chinatown, where Scarlett will join countless immigrants desperately trying to seize their piece of the American dream. What Scarlett doesn’t know is that her baby’s father is not far behind her.

A River of Stars is a vivid examination of home and belonging and a moving portrayal of a woman determined to build her own future.

Praise for A River of Stars

“A River of Stars is the best of all worlds: part buddy cop adventure, part coming-of-age story and part ode to female friendship.”—NPR

“Hua’s epic A River of Stars follows a pair of pregnant Chinese immigrant women—two of the more vibrant characters I’ve come across in a while—on the lam from Los Angeles to San Francisco’s Chinatown.”—R. O. Kwon, author of The Incendiaries, in Esquire

“A delightful novel of motherhood and Chinese immigration . . . Without wading into policy debates, Ms Hua dramatises the stories and contributions of immigrants who believe in grand ideals and strive to live up to them.”—The Economist
Read More
“A River of Stars splits the ‘Chinese immigrant story’ into a kaleidoscopic spectrum, putting human faces to the many groups—rich and poor, privileged and marginalized, documented and not—who come to America. Vanessa Hua’s debut is an utterly absorbing novel about the ruthless love of parenthood and the universal truth that sometimes family runs deeper than blood alone.”—Celeste Ng, New York Times bestselling author of Little Fires Everywhere and Everything I Never Told You

“Vanessa Hua’s story spins with wild fervor, with charming protagonists fiercely motivated by maternal and survival instincts. A River of Stars is a migrant narrative tenderly constructed around Scarlett’s quest to carve a life for her daughter and herself at the risk of deportation.”—USA Today

“Vanessa Hua’s epic A River of Stars follows a pair of pregnant Chinese immigrant women—two of the more vibrant characters I’ve come across in a while—on the lam from Los Angeles to San Francisco’s Chinatown.”—R. O. Kwon, author of The Incendiaries, in Esquire

“A delightful novel of motherhood and Chinese immigration . . . Hua is a breezy, unfussy storyteller and an astute observer. . . . Without wading into policy debates, Ms Hua dramatises the stories and contributions of immigrants who believe in grand ideals and strive to live up to them.”—The Economist

“The most eye-opening literary adventure of the year . . . a spellbinding immersion into one woman’s search for the American Dream.”—Entertainment Weekly

“Hua’s first novel bristles with timely detail and unexpected pivots, as two desperate women find family and community to support their struggle for freedom.”—BBC (“The 10 Smartest Beach Reads of 2018”)

“A vibrant, fascinating look into womanhood and how so many women’s lives are shaped by their relationship to the powerful men within them . . . Hua infuses this story with spirit and humor, exploring the ways in which pregnancy and motherhood can be both liberating and entrapping for the women who endure them. It’s a remarkable novel, one which makes clear the many ways in which women must struggle to make their lives their own.”—Nylon

“A twenty-first-century immigrant story about the terror, drama, and desperation of being undocumented and yet unable to leave.”—The Village Voice

“Vanessa Hua illuminates the lives of her characters with energy, verve, and heart. Hua tracks the minutest emotional terrain of these characters while simultaneously interrogating the cultural and economic forces that shape their worlds. This book holds your attention until the very last page.”—Emma Cline, New York Times bestselling author of The Girls

“A River of Stars is a page-turner, a riveting story of parenthood, migration, and the choices we make to survive. Fierce and determined, resourceful and resilient, Scarlett Chen is an unforgettable protagonist you can’t help but root for.”—Lisa Ko, author of the National Book Award finalist The Leavers

“Vanessa Hua’s compelling A River of Stars is a story of resistance, survival, and self-determination in a world that is seemingly indifferent to the needs of the poor and disenfranchised.”—Min Jin Lee, author of the National Book Award finalist Pachinko
Read More