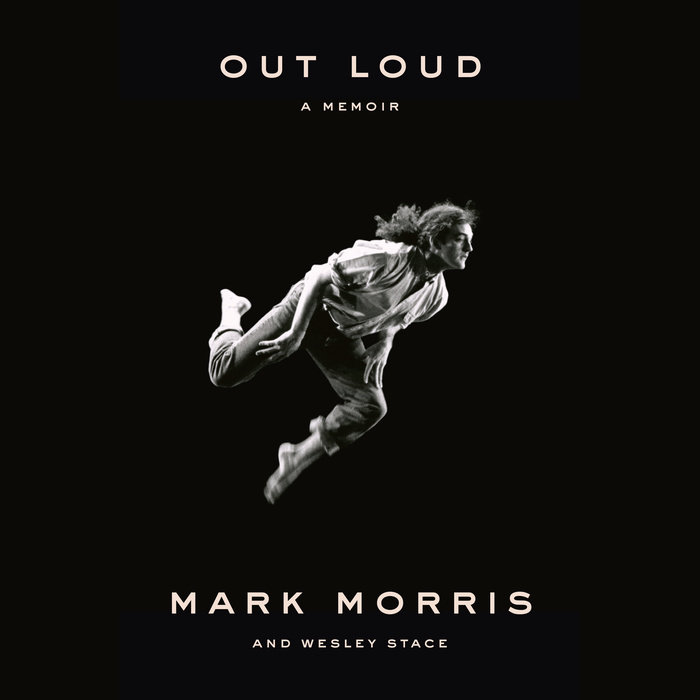 Written by: Mark Morris & Wesley Stace
Read by: Mark Morris
11 Hours and 35 Minutes Imprint: Penguin Audio Genre: Biography & Autobiography - Entertainment & Performing Arts Release Date: October 22, 2019
From the most brilliant and audacious choreographer of our time, the exuberant tale of a young dancer’s rise to the pinnacle of the performing arts world, and the triumphs and perils of creating work on his own terms—and staying true to himself

Before Mark Morris became “the most successful and influential choreographer alive” (The New York Times), he was a six year-old in Seattle cramming his feet into Tupperware glasses so that he could practice walking on pointe. Often the only boy in the dance studio, he was called a sissy, a term he wore like a badge of honor. He was unlike anyone else, deeply gifted and spirited.

Moving to New York at nineteen, he arrived to one of the great booms of dance in America. Audiences in 1976 had the luxury of Merce Cunningham’s finest experiments with time and space, of Twyla Tharp’s virtuosity, and Lucinda Childs's genius. Morris was flat broke but found a group of likeminded artists that danced together, travelled together, slept together. No one wanted to break the spell or miss a thing, because “if you missed anything, you missed everything.” This collective, led by Morris’s fiercely original vision, became the famed Mark Morris Dance Group.

Suddenly, Morris was making a fast ascent. Celebrated by The New Yorker’s critic as one of the great young talents, an androgynous beauty in the vein of Michelangelo’s David, he and his company had arrived. Collaborations with the likes of Mikhail Baryshnikov, Yo-Yo Ma, Lou Harrison, and Howard Hodgkin followed. And so did controversy: from the circus of his tenure at La Monnaie in Belgium to his work on the biggest flop in Broadway history. But through the Reagan-Bush era, the worst of the AIDS epidemic, through rehearsal squabbles and backstage intrigues, Morris emerged as one of the great visionaries of modern dance, a force of nature with a dedication to beauty and a love of the body, an artist as joyful as he is provocative.

Out Loud is the bighearted and outspoken story of a man as formidable on the page as he is on the boards. With unusual candor and disarming wit, Morris’s memoir captures the life of a performer who broke the mold, a brilliant maverick who found his home in the collective and liberating world of music and dance.
Read More
“Direct, brash, flippant, charming, impenetrably self-assured. And funny. On just about every page, there’s an anecdote or remark to make you laugh.” —The New York Times Book Review

“Rollicking, uninhibited and refreshingly raw. . . Whizzing through these adventures with him feels a lot like being in the audience at one of his lively post-performance question-and-answer sessions, where Morris the everlasting bon vivant delights in holding the spotlight, typically with a wine glass in hand. . . Out Loud takes us on a swift-paced ride through a fascinating life whose joys and setbacks are viewed with a sharp eye and often dry humor. Nothing is belabored. In his writing as in his dances, Morris has a light hand. But his memoir is about more than the making of a choreographer. It’s about the layering on of self-worth, and how a solid sense of who you are can equip you to survive all kinds of hell.”  —The Washington Post

“With the publication of his memoir, aptly titled Out Loud, we get to hear that spoken voice in all its guises: from brilliance to laugh-out-loud wit, tenderness to outrage, introspection to cockiness, gratitude to irony to (his word) vulgarity . . . the book takes you on a now riotous, now somber tour through Morris’s personal history and the history of his company . . . It’s a monumental task, and one done with elan and candor: He’s pulling aside a curtain to let you see both the backstage to his dances and the workings of his genius mind . . . Throughout the book, Morris’s eye for the telling detail astonishes, capturing the essence of a place or a person in a heartbeat.”  —The Boston Globe

“Mark Morris has chosen the perfect title, Out Loud, for a memoir as rollicking, brash, and thoughtful as his dances. . . . Marvelously entertaining.” —Ballet Review

“Fans of modern dance are sure to enjoy this colorful, often humorous memoir.” —Publishers Weekly

"Morris is frank, joyful, and, at times, provocative. . .  A fascinating memoir that will engage anyone interested in dance, movement, or the creative process." —Booklist

“The absorbing story of an uncompromising genius of the dance, as revelatory and intense as his extraordinary choreography.” —Salman Rushdie

“Out Loud is a golden opportunity to get inside the mind of one of the great musicians of our time and also into the history and progress of modern dance itself.”  —Isaac Mizrahi

“Out Loud is the story of a brilliant, complex artist, a keen observer and interpreter of the world around him, guided by one constant purpose: to create dance. This hard-to-put-down book illuminates the mind of an irreducible visionary and the art form that shaped him.” —Yo-Yo Ma