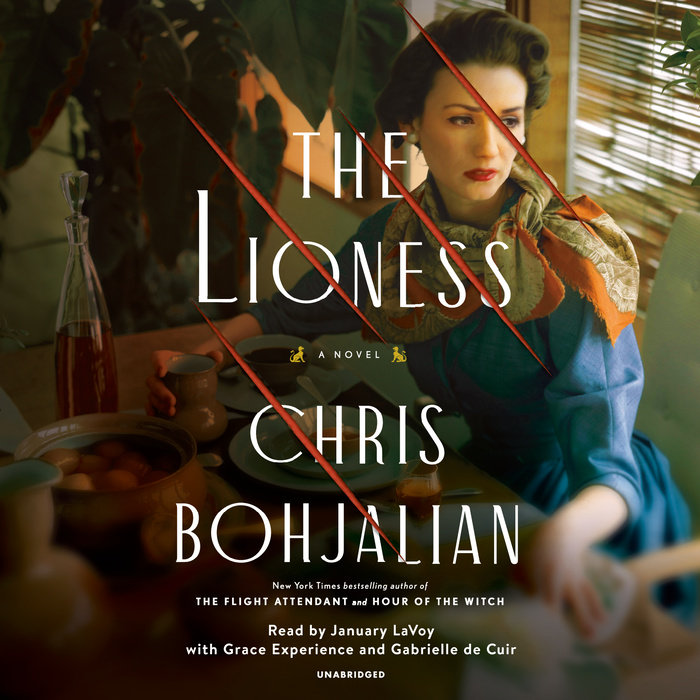 "The best possible combination of Hemingway and Agatha Christie — a gorgeously written story about the landscape and risks of Africa, whose edge-of-your-seat plot makes it impossible to put down.”
—Jodi Picoult, #1 New York Times bestselling author of Wish You Were Here

Tanzania, 1964. When Katie Barstow, A-list actress, and her new husband, David Hill, decide to bring their Hollywood friends to the Serengeti for their honeymoon, they envision giraffes gently eating leaves from the tall acacia trees, great swarms of wildebeests crossing the Mara River, and herds of zebras storming the sandy plains. Their glamorous guests—including Katie’s best friend, Carmen Tedesco, and Terrance Dutton, the celebrated Black actor who stars alongside Katie in the highly controversial film Tender Madness—will spend their days taking photos, and their evenings drinking chilled gin and tonics back at camp, as the local Tanzanian guides warm water for their baths. The wealthy Americans expect civilized adventure: fresh ice from the kerosene-powered ice maker, dinners of cooked gazelle meat, and plenty of stories to tell over lunch back on Rodeo Drive.

What Katie and her glittering entourage do not expect is this: a kidnapping gone wrong, their guides bleeding out in the dirt, and a team of Russian mercenaries herding their hostages into Land Rovers, guns to their heads. As the powerful sun gives way to night, the gunmen shove them into abandoned huts and Katie Barstow, Hollywood royalty, prays for a simple thing: to see the sun rise one more time. A blistering story of fame, race, love, and death set in a world on the cusp of great change, The Lioness is a vibrant masterpiece from one of our finest storytellers.
Read More
NEW YORK TIMES BESTSELLER • One of the Los Angeles Times’ 10 Most-Anticipated Books of May

ONE OF THE WASHINGTON POST'S BEST BOOKS OF THE YEAR

"Throughout his bloody, often shocking jumble of twists and turns, [Bohjalian] weaves life stories with such deftness, it’s impossible not to care how they end…There I was, breathlessly following these people like the hyenas who stalked —. No, no. Let’s not spoil that one for you. . .We are also likely to see at least parts of ourselves. This is the other danger lurking in the pages, and from this we cannot look away. The questions are as haunting as they are inevitable: What might I do in these circumstances? How far would I be willing to go? In our answers, we are bound to feel unease. If we’re honest with ourselves, that is.”
—Connie Schultz, The New York Times

“Once all the puzzle pieces. . .are in place, the result is an adventure story of satisfying unity, with enough surprises to still qualify as a mystery. Recurring allusions to Hemingway. . .add additional literary flair.”
—Tom Nolan, The Wall Street Journal

“A bloody sprint of a read. . . Lesser writers could not tackle 10 narrators, the complexities of racism in America, African politics, violence both foreign and domestic (as in inside a New York apartment) and make the pieces fit seamlessly together. But [Bohjalian] has shown time and again that with him, you don’t know what you’re going to get, but you know that the getting is good. With The Lioness, the getting is violently good. Pulled in by the promise of thrills or the guarantee of glamour, readers will stay for the game of survivor(s), and finish the book as satisfied as a fat cat in the Serengeti.”
—Karen Tanabe, The Washington Post

"Bohjalian is at heart a thriller writer, eager to upend charming scenes of wildlife-spotting with a deadly twist...Where Bohjalian one-ups Christie (with apologies to the grande dame) is in his character development...Bohjalian tracks his players as keenly as a leopard does its prey, matching psychology to fate with an almost pathological precision...'The Lioness' provides a meaty look at what makes us animals in what we call civilization — and what makes us human when we’re out in the wild.”
—Bethanne Patrick, Los Angeles Times

"Bohjalian, one of our finest storytellers, weaves his spellbinding magic... Extraordinarily engaging…Ultimately, the deadly-serious real-world tale that Bohjalian taps into — the horrifying outcomes of corruption-inducing power — is a not-so-gentle reminder that while you can’t always stop the story, sometimes you can change it.”
—Daneet Steffens, The Boston Globe

“Lion attacks. Millions of stinging ants. Kidnappers with elephant guns. The wide-open spaces of the Serengeti are fraught with peril and beauty in this bloody tale of a 1960s Tanzanian safari gone wildly wrong. Centered around an Elizabeth Taylor-like starlet and her entourage, the travelogue starts out with glamour (there’s a generator-powered ice maker and many chic outfits) and quickly slips into a man-versus-beast horror story.”
—Jennifer Barger, The National Geographic

"A nail-biting 200-plus pages of worrying about who might live, who might die and why the group was targeted in the first place. . .Bohjalian takes us deep into Africa with detailed depictions of giraffes and gazelles, hyenas and horror — and brings us back home satisfied with the roaring good story.”
—Amanda St. Amand, St. Louis Post-Dispatch

“Bohjalian creates ample suspense by keeping answers tantalizingly out of reach until the last pages…Bohjalian excels at putting his story in period context… [and] leaves social, political and cultural Easter eggs on practically every page…. The Lioness is a fast-paced page-turner with likable characters and a richly crafted world.”
—Jordan Adams, Seven Days

“Bohjalian takes what could be elements of a potboiler and skillfully works them into a smart and stirring look at a continent on the cusp of change.”
—Virtuoso Life Magazine

“Skillfully and creatively organized. . .The character development is excellent, and the plot gripping. Bohjalian’s descriptions of the Serengeti’s animals and dangers are captivating. The glimpses of 1960s La-la land are a remarkable contrast to the 1960s East African political upheavals. Highly recommended.”
—Elizabeth Caulfield Felt, Historical Novel Society

"The Lioness feels like the best possible combination of Hemingway and Agatha Christie — a gorgeously written story about the landscape and risks of Africa, whose edge-of-your-seat plot makes it impossible to put down.  Bohjalian just gets better and better.”
—Jodi Picoult, #1 New York Times bestselling author of Wish You Were Here

“The Lioness is a superb novel, satisfying on every level. Chris Bohjalian has managed a high wire act: A story that is simultaneously a thrilling page-turner, a thoughtful political history, a gripping safari adventure, and a nuanced character portrait. Jumping back and forth between the gimlet glitter of Hollywood and the violent upheavals of midcentury Africa, The Lioness is a whirlwind of a journey. I devoured it.
—Janelle Brown, New York Times bestselling author of Pretty Things and I’ll Be You

"I loved this novel so much that I blew off all my responsibilities, turned off my phone, and got lost in this mesmerizing world created by Chris Bohjalian. A masterful tapestry of heart-pounding suspense and deeply moving drama, The Lioness explores what it takes to survive the siren songs of old Hollywood glitter and the Serengeti’s majestic expanse. I cannot recommend this book highly enough."
—Angie Kim, New York Times bestselling author of Miracle Creek

"From its first dazzling pages, Chris Bohjalian’s The Lioness enraptured me. You’ll want to sink into its velvety glamour at the same time as you’ll be swept up in its sharp-eyed exploration of power and predation."
—Megan Abbott, bestselling author of The Turnout

"A blistering story of fame, race, love, and death set in a world on the cusp of great change, [The Lioness] is a vibrant masterpiece from one of our finest storytellers."
—Oh No They Didn't

“A satisfying read….You really feel as if you could be there in the Serengeti with Katie and her group of grossly unprepared movie people.”
—Robert McCool, Blufton Icon

“[Bohjalian’s] fast-paced tale allows little time for contemplating sunsets through the branches of baobab trees. Instead, The Lioness succeeds in showing how otherwise pampered folks react when faced with the unthinkable.”
—Arlene McKanic, BookPage

"[A] devastatingly cunning suspense novel... Bohjalian does a superb job of judiciously rolling out information of how past transgressions may have led to the heart-stopping episodes of chaos and carnage as the shocking, twist-filled plot builds up to the revelation of 'the real reasons for the safari nightmare.' This brilliant whydunit is not to be missed."
—Publishers Weekly, starred

“The novel’s opening action may burst forth with a deadly ambush but Bohjalian doesn’t blindside loyal readers who have come to expect his signature combination of exotic locations, titillating characters, and energetic pacing. Stark and dark, violent and vivid, this may be versatile Bohjalian’s most harrowing work since Skeletons of the Feast. Intimately researched, the Serengeti’s beauty and brutality are vibrantly infused in every scene, a grounding counterpoint to the competing dynamics of human cruelty and compassion.”
—Booklist, starred

"Another tour de force from Bohjalian... Hollywood elite become the hunted as their instinctual fight for survival takes priority over all else. Fans of character-driven narratives will relish traipsing through both the [Serengeti] and the souls and psyches of Bohjalian’s characters."
—Library Journal, starred
Read More