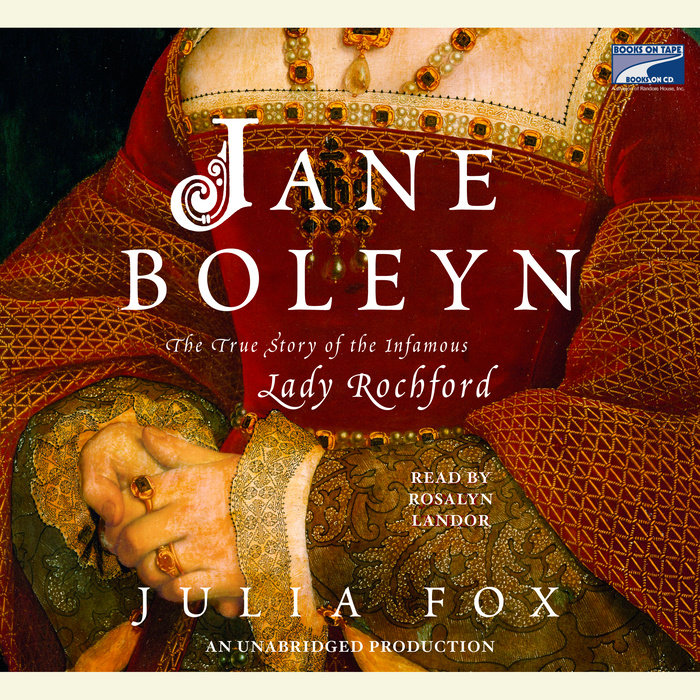 In a life of extraordinary drama, Jane Boleyn was catapulted from relative obscurity to the inner circle of King Henry VIII. As powerful men and women around her became victims of Henry’s ruthless and absolute power, including her own husband and sister-in-law, Queen Anne Boleyn, Jane’s allegiance to the volatile monarchy was sustained and rewarded. But the price for her loyalty would eventually be her undoing and the ruination of her name. For centuries, little beyond rumor and scandal has been associated with “the infamous Lady Rochford.” But now historian Julia Fox sets the record straight and restores dignity to this much-maligned figure whose life and reputation were taken from her.

Drawing upon her own deep knowledge and years of original research, Julia Fox brings us into the inner sanctum of court life, laced with intrigue and encumbered by disgrace. Through the eyes and ears of Jane Boleyn, we witness the myriad players of the stormy Tudor period. Jane emerges as a courageous spirit, a modern woman forced by circumstances to fend for herself in a privileged but vicious world.
Read More
Advance praise for Jane Boleyn

“A riveting story–expertly written and based on an impressive body of research. Julia Fox’s book re-creates the inner life of one of the great scapegoats of history and vividly depicts the fervid, extravagant, interbred world of the Tudor court.”
–Sarah Gristwood, author of Elizabeth & Leicester

“Jane Boleyn’s true history was obscured by lies and propaganda. Now, in an outstanding debut by Julia Fox, the full tragedy of her thwarted life has come to light. A fascinating and moving read, Jane Boleyn exposes the harsh reality of Henry VIII’s court, where cleverness and ambition often led to the block.”
–Amanda Foreman, author of Georgiana: Duchess of Devonshire

“This electric account of the life of Jane Boleyn brings us face-to-face with the glittering but brutal world of Henry VIII’s court. For centuries the infamous Lady Rochford was accused of betraying her husband to his death on charges of incest with Anne Boleyn. Julia Fox’s immaculate detective work and vivid storytelling bring to life one woman’s struggle to survive at the apex of a society where success brought untold riches and a king’s anger cost you your life.”
–Leanda de Lisle, author of After Elizabeth
Read More 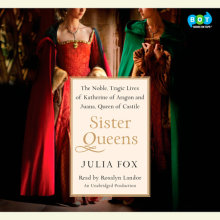