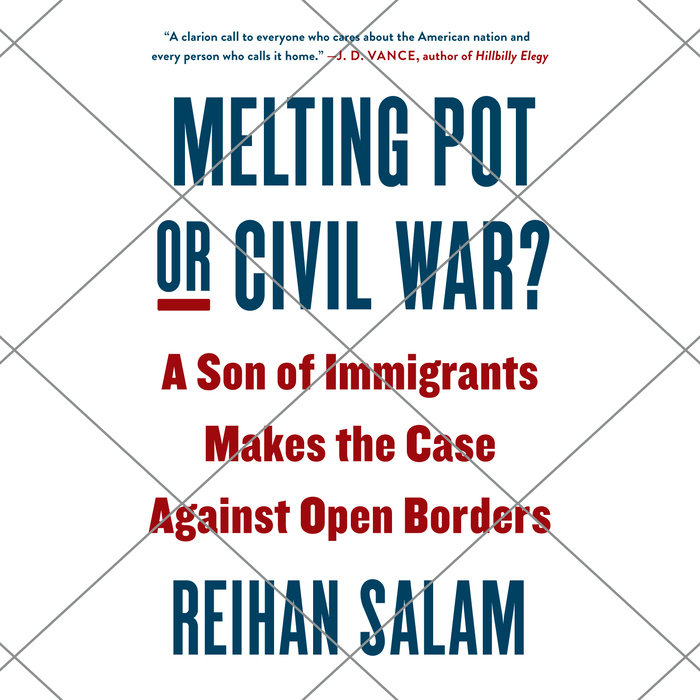 "Tthe years to come may see a new populist revolt, driven by the resentments of working-class Americans of color.”

For too long, liberals have suggested that only cruel, racist, or nativist bigots would want to restrict immigration. Anyone motivated by compassion and egalitarianism would choose open, or nearly-open, borders—or so the argument goes. Now, Reihan Salam, the son of Bangladeshi immigrants, turns this argument on its head.

In this deeply researched but also deeply personal book, Salam shows why uncontrolled immigration is bad for everyone, including people like his family. Our current system has intensified the isolation of our native poor, and risks ghettoizing the children of poor immigrants. It ignores the challenges posed by the declining demand for less-skilled labor, even as it exacerbates ethnic inequality and deepens our political divides.

If we continue on our current course, in which immigration policy serves wealthy insiders who profit from cheap labor, and cosmopolitan extremists attack the legitimacy of borders, the rise of a new ethnic underclass is inevitable. Even more so than now, class politics will be ethnic politics, and national unity will be impossible.

Salam offers a solution, if we have the courage to break with the past and craft an immigration policy that serves our long-term national interests. Rejecting both militant multiculturalism and white identity politics, he argues that limiting total immigration and favoring skilled immigrants will combat rising inequality, balance diversity with assimilation, and foster a new nationalism that puts the interests of all Americans—native-born and foreign-born—first.
Read More
“The choice between 'melting pot or civil war' may seem a stark one. But in this clear-sighted and courageous book, Salam persuasively argues that without a radical reform of the U.S. immigration system, our already polarized society might very well come apart at the seams.”

“Tackling a complex and emotional subject with thoughtfulness and charity, Salam has issued a clarion call to everyone who cares about the American nation and every person who calls it home. Melting Pot or Civil War answers the question of how we can have an immigration policy that is beneficial, humane, and fair to everyone—from ninth-generation Americans to new immigrants.”

“Should we lock people out of the middle class, or should we lock people out of the country? That is what is really being asked when we debate whether American immigration policy should be open or closed. Thankfully, Reihan Salam reveals this dichotomy to be a false choice. We can live in a middle class country that welcomes newcomers—if we can live with middle-of-the-road limits rather than absolutist extremes.”

—Peter Thiel, author of Zero to One

"No matter where you stand on the issue of immigration, Salam's book does something marvelously dangerous: it threatens to change your mind."

—Kristen Soltis Anderson, author of The Selfie Vote and cofounder of Echelon Insights

“For far too long, advocates of open immigration have dismissed their critics without even bothering to answer them. Reihan Salam should make that impossible. He offers a smart, informed, humane, and powerful case for an immigration policy that better serves all Americans. This is essential reading for understanding our country and its future.”

—Yuval Levin, editor of National Affairs and author of The Fractured Republic

“Reihan Salam has written the most honest and insightful treatment of immigration you will find right now. I do not agree with everything he says in this book, but I highly recommend it.”

This is the Author | Chip Conley, Reihan Salam, and Nick McDonell 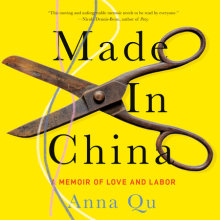