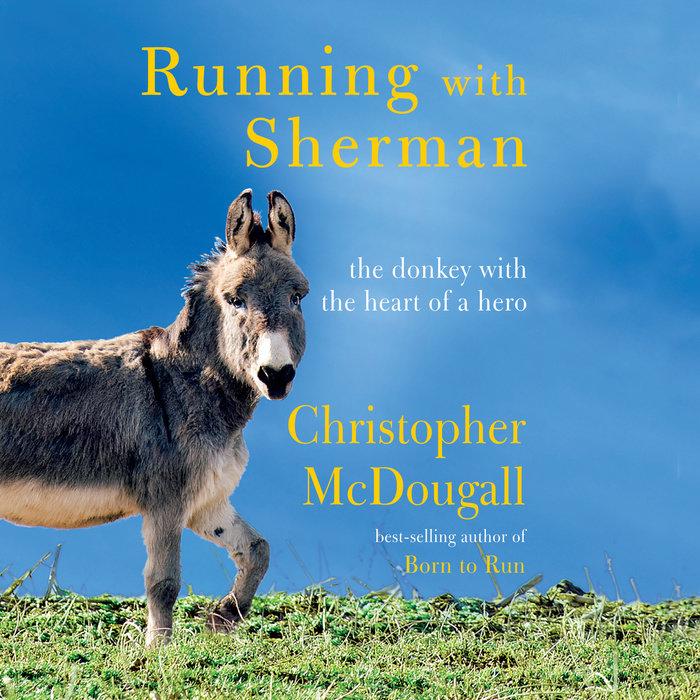 Written by: Christopher McDougall
Read by: Christopher McDougall
12 Hours and 13 Minutes Imprint: Random House Audio Genre: Sports & Recreation - Running & Jogging Release Date: October 15, 2019
"A delight, full of heart and hijinks and humor . . . McDougall is a gifted storyteller who gets to the heart of the human-animal connection." --John Grogan, author of Marley & Me: Life and Love with the World's Worst Dog

From the best-selling author of Born to Run, a heartwarming story about training a rescue donkey to run one of the most challenging races in America, and, in the process, discovering the life-changing power of the human-animal connection.

When Chris McDougall agreed to take in a donkey from an animal hoarder, he thought it would be no harder than the rest of the adjustments he and his family had made after moving from Philadelphia to the heart of Pennsylvania Amish country. But when he arrived, Sherman was in such bad shape he could barely move, and his hair was coming out in clumps. Chris decided to undertake a radical rehabilitation program designed not only to heal Sherman's body but to heal his mind as well. It turns out the best way to soothe a donkey is to give it a job, and so Chris decided to teach Sherman how to run. He'd heard about burro racing--a unique type of race where humans and donkeys run together in a call-back to mining days--and decided he and Sherman would enter the World Championship in Colorado.

Easier said than done. In the course of Sherman's training, Chris would have to recruit several other runners, both human and equine, and call upon the wisdom of burro racers, goat farmers, Amish running club members, and a group of irrepressible female long-haul truckers. An entire community comes together to help save Sherman and, along the way, Chris shows us the joy of a life with animals.
Read More
“An inspiring—and laugh-out-loud—account of healing.” —People Magazine

“Hilarious. . . . McDougall tries to persuade . . . [a] donkey to partner with him for a ridiculously challenging pack burro race in Colorado. He is forced to realize that to win over the donkey he must slow down—and meet the inscrutable creature on its own terms. . . . Commune with animals and humans may rediscover their own humanity.” —The Philadelphia Inquirer

“A smart critique of the culture of conventional American sports.” —Outside

“Running with Sherman has . . . adventure, passion, and humor. . . . I promise that you will laugh, cry and cheer for the irrepressible Sherman and his hapless human partner.” —Aspen Daily News

“An absorbing tale . . . Running with Sherman is a highly engaging, deeply moving account of how fortitude, patience, love, and tenacity can heal physical and emotional wounds, and the amazing bond that can develop between humans and animals.” —The Santa Barbara Independent

“McDougall’s inspiring story is not to be missed . . . A journey full of heart and humor that will touch the animal-ambivalent as much as the animal-lover.” —BookPage

“A humorous and heartwarming book about not only running with donkeys but about community, our connections with one another, and our abilities to persevere and overcome physical and mental challenges.” —Library Journal

“Both inspiring and humorous, a testament to the depth of the animal-human connection.” —Booklist

“Sherman’s transformation from dying donkey to confident runner involved a circle of family, friends, neighbors, and a few feisty donkeys, each of whom McDougall portrays in affectionate, vivid detail . . . A charming tale of a resilient donkey and a community's love.” —Kirkus Reviews

“Runners and animal lovers alike can find inspiration in this story.” —Publishers Weekly

“I’ve always believed that people who didn’t love miniature donkeys are going to hell. I think people who don’t love this book may be too. This is more than just a lovely tale about a wounded animal. It is the kind of story that breaks your heart and mends it all in the space of a paragraph or even a line. Besides, it’s about a MINIATURE DONKEY.” —Rick Bragg, best-selling author of The Best Cook in the World

“I, like roughly three million other running enthusiasts, was briefly obsessed with Born to Run: A Hidden Tribe, Superathletes, and the Greatest Race the World Has Never Seen when it appeared a decade ago. Now, roving journalist and good-natured running proselytizer Christopher McDougall is back with another inspirational of borderline insane people racing inhumanly long distances. Except, TWIST: this time Chris isn’t just pounding the pavement with his fellow homo sapiens. In Running with Sherman, he recounts his efforts to rehabilitate the body, mind, and spirit of a weary donkey by entering them both in the pack burro racing World Championship.” —Dan Sheehan, Lit Hub “Most Anticipated Books of 2019 part 2”

“What an insane, amazing story. I genuinely cried so many times throughout it, and cried the happiest tears at the end. Running with Sherman is an inspiring love letter to the beautifully broken and the immeasurable power of healing together. It is a meaningful reminder that no one is ever beyond repair. This book motivated me to test my limits, and made me feel deeply ashamed my work ethic and athletic prowess are only half that of a farm animal. Sherman the Donkey is my personal superhero.”
—AJ Mendez Brooks, aka AJ Lee, WWE superstar and author of Crazy Is My Superpower.

“From the first page to the last, Running with Sherman is a delight, full of heart and hijinks and humor. I quickly fell in love with Sherman and the colorful cast of two- and four-legged characters that surrounded him. Christopher McDougall is a gifted storyteller who gets to the heart of the human-animal connection.”
—John Grogan, author of Marley & Me: Life and Love with the World’s Worst Dog

“A charming story about animals and people in Amish Country.”
—Temple Grandin, author of Animals Make Us Human
Read More 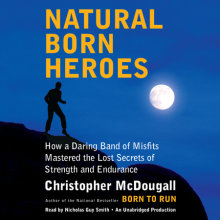 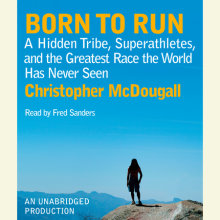 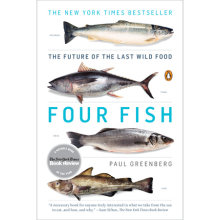