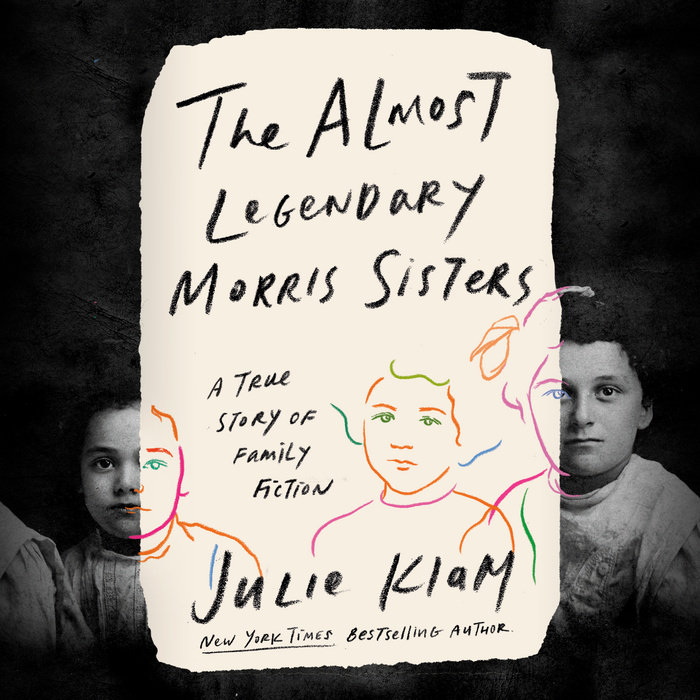 “It is biography as an expression of love.” – The New York Times

Ever since she was young, Julie Klam has been fascinated by the Morris sisters, cousins of her grandmother. According to family lore, early in the twentieth century the sisters’ parents decided to move the family from Eastern Europe to Los Angeles so their father could become a movie director. On the way, their pregnant mother went into labor in St. Louis, where the baby was born and where their mother died. The father left the children in an orphanage and promised to send for them when he settled in California—a promise he never kept. One of the Morris sisters later became a successful Wall Street trader and advised Franklin Roosevelt. The sisters lived together in New York City, none of them married or had children, and one even had an affair with J. P. Morgan.

The stories of these independent women intrigued Klam, but as she delved into them to learn more, she realized that the tales were almost completely untrue.

The Almost Legendary Morris Sisters is the revealing account of what Klam discovered about her family—and herself—as she dug into the past. The deeper she went into the lives of the Morris sisters, the slipperier their stories became. And the more questions she had about what actually happened to them, the more her opinion of them evolved.

“Lovely…As the rumors and myths are pruned and the gaps filled in, the Morris sisters emerge and differentiate themselves, and Klam, movingly, is there to meet them…What elevates it beyond a glorified fact-checking assignment is Klam’s palpable yearning—she wants to know who these women were, what they went through, how it shaped them. It is biography as an expression of love.” —The New York Times

“A divertingly chatty yet thought-provoking exploration of how the family stories we don’t know can define us just as much as the ones we think we do….With genealogical quests all the rage, Klam’s book serves as a cautionary tale about the obsessional nature of such a search and the bracing truths that may lie buried beneath the family lore.” —The Washington Post

“Such an enjoyable read…an engrossing search for truth and how learning that truth might affect identity…Some truly astonishing discoveries about the sisters await the reader.” —Minneapolis Star Tribune

“A funny true story of one writer's journey into her family's past, the truths she brings to light, and what she learns about herself along the way.” —Pure Wow

“In The Almost Legendary Morris Sisters, Klam reveals how digging into our ancestries teaches valuable lessons about not just our relatives, but ourselves.” —Real Simple

“An entertaining read that offers a substantial meditation on the meaning of family and what our ancestors mean to us, even when we can’t get as close as we’d like to their stories.” —Bookpage

“Julie Klam opens the vault of her family history to tell the stories of four amazing women. The Morris sisters lived with pluck, passion, and vision at a time when women were encouraged to live lives of quiet desperation. In learning about them, Julie acquired new perspectives on work, family, and love. This is a life-changing primer for those looking to live out loud.” —Adriana Trigiani, bestselling author of The Shoemaker's Wife

“In a world where more and more people think a DNA test will solve all their family mysteries, Julie Klam reminds us that investigating our personal myths takes resourcefulness, curiosity and, yes, bravery. Because as she deconstructs the legends about the Morris sisters, Klam also has to challenge the legends she has manufactured for herself. A moving, insightful family detective story that will leave readers wondering if they dare to examine their own lives and the stories on which they rest.” —Laura Lippman, New York Times-bestselling author of Lady in the Lake

“This is the America I want to see—the one where four orphaned immigrant sisters can transform themselves into chain-smoking millionaires. Julie Klam's trademark wit and generosity make this family history a balm for the soul.” —Mira Jacob, author of Good Talk

“Within the first few pages of Julie Klam’s memoir, I, too, became obsessed with the mysterious Morris sisters, and thrilled at every new insight into their fiercely nonconformist lives. Klam is a witty and engaging guide, following the trail from a small Romanian town to an orphanage in St. Louis to a bohemian townhouse in the West Village. Part history, part confessional, and wholly entertaining, this book explores the nature of mythology and how unanswered questions leave an indelible mark on our lives.” — Abbott Kahler, author (as Karen Abbott) of The Ghosts of Eden Park
Read More 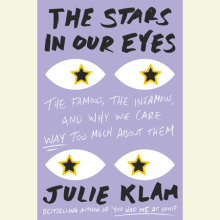