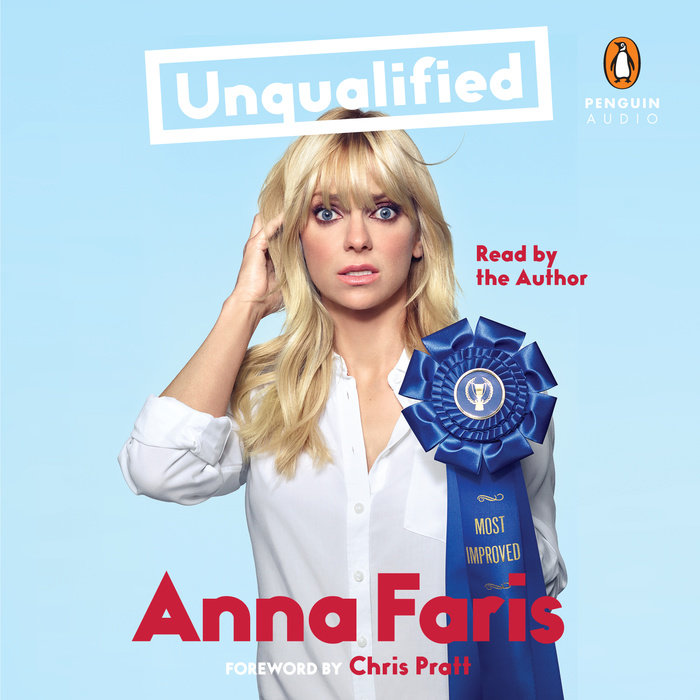 Anna Faris has advice for you. And it's great advice, because she's been through it all, and she wants to tell you what she's learned.

After surviving an awkward childhood (when she bribed the fastest boy in the third grade with ice cream), navigating dating and marriage in Hollywood, and building a podcast around romantic advice, Anna has plenty of lessons to share: Advocate for yourself. Know that there are wonderful people out there and that a great relationship is possible. And, finally, don't date magicians.

Her comic memoir, Unqualified, shares Anna's candid, sympathetic, and entertaining stories of love lost and won. Part memoir—including stories about being “the short girl” in elementary school, finding and keeping female friends, and dealing with the pressures of the entertainment industry and parenthood—part humorous, unflinching advice from her hit podcast, Anna Faris Is Unqualified, the book will reveal Anna's unique take on how to master the bizarre, chaotic, and ultimately rewarding world of love.

Hilarious, honest, and useful, Unqualified is the book Anna's fans have been waiting for.
Read More
Praise for Unqualified

“Unqualified is observant, sharp, and startlingly revealing, not only about Faris’s romantic history, but of the broader discrepancies between modern male and female Hollywood stardom writ large.”—The Ringer

“In her many quirky, comedic roles, Anna Faris has proven she isn't afraid to go there on screen (The House Bunny, anyone?). And in her new book, Unqualified, she proves she's just as daring and hilarious on paper.”—Health.com

“Faris's expectedly hilarious memoir features stories about her childhood (like what it was like being the token short girl in elementary school) and legitimate advice about getting over breakups.”—InStyle.com

“[Faris] has an engaging voice and is capable of expressing a distinct point of view. She is most affecting in her occasionally bittersweet reflections, as she recounts stories about working in the industry, her anxieties and frustrations about auditioning, and the personal challenges of dealing with aging in Hollywood.”—Kirkus Reviews
Read More