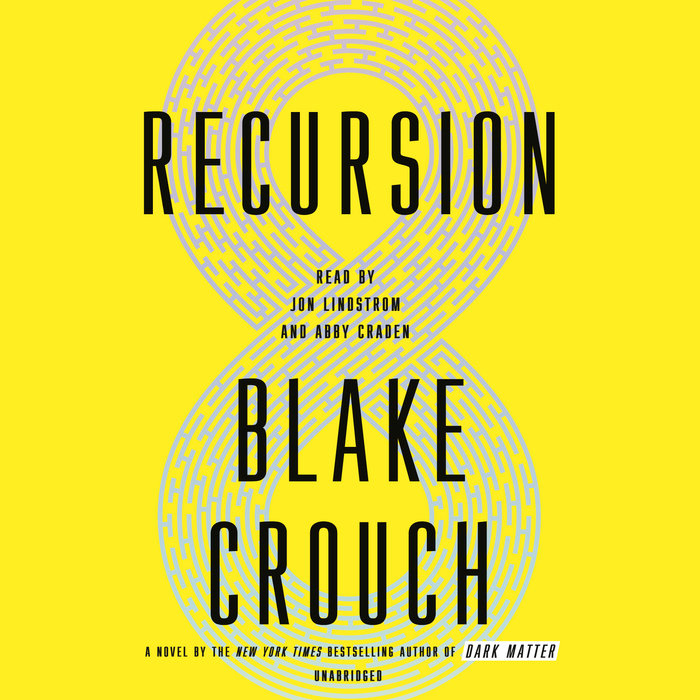 At first, it looks like a disease. An epidemic that spreads through no known means, driving its victims mad with memories of a life they never lived. But the force that’s sweeping the world is no pathogen. It’s just the first shock wave, unleashed by a stunning discovery—and what’s in jeopardy is not our minds but the very fabric of time itself.

In New York City, Detective Barry Sutton is closing in on the truth—and in a remote laboratory, neuroscientist Helena Smith is unaware that she alone holds the key to this mystery . . . and the tools for fighting back.

Together, Barry and Helena will have to confront their enemy—before they, and the world, are trapped in a loop of ever-growing chaos.

“An action-packed, brilliantly unique ride that had me up late and shirking responsibilities until I had devoured the last page . . . a fantastic read.”—Andy Weir, #1 New York Times bestselling author of The Martian

“Another profound science-fiction thriller. Crouch masterfully blends science and intrigue into the experience of what it means to be deeply human.”—Newsweek

“Definitely not one to forget when you’re packing for vacation . . . [Crouch] breathes fresh life into matters with a mix of heart, intelligence, and philosophical musings.”—Entertainment Weekly

“A trippy journey down memory lane . . . [Crouch’s] intelligence is an able match for the challenge he’s set of overcoming the structure of time itself.”—Time

“Wildly entertaining . . . another winning novel from an author at the top of his game.”—AV Club
Read More
“A mind-bending thriller.”—USA Today

“[Crouch] has sketched out the rules for a new reality. . . . [Recursion] has a thrumming pulse that moves beyond big ideas and into their effects on a larger, more complex world.”—NPR

“Quintessential SF . . . [features] wrenching emotional moments . . . tense and vivid action scenes . . . eminently rigorous and logical methodology and science . . . And yet you will not predict anything.”—Locus

“Recursion will leave you breathless as it dives headfirst into a strange reality.”—PopSugar

“The smartest, most surprising thriller of the summer.”—BookPage

“Crouch isn’t just a world-class thriller writer, he’s a Philip K. Dick for the modern age. Recursion takes mind-twisting premises and embeds them in a deeply emotional story about time and loss and grief and most of all, the glory of the human heart.”—Gregg Hurwitz, #1 internationally bestselling author of the Orphan X series

“Blake Crouch has invented his own brand of page-turner—fearlessly genre-bending, consistently surprising, and determined to explode the boundaries of what a thriller can be.”—Karin Slaughter, #1 internationally bestselling author of Pieces of Her

“Brilliant. Crouch’s innovative novels never fail to grip!”—Sarah Pekkanen, #1 New York Times bestselling co-author of The Wife Between Us and An Anonymous Girl

“A masterful mind-bender of a novel. Crouch brilliantly infuses his story with dire repercussions and unexpected moral upheaval, and leaves you wondering what you would do if you had the chance to turn back the clock.”—Mark Sullivan, #1 New York Times bestselling coauthor of the Private series and author of Beneath a Scarlet Sky

Must Listens for Sci-Fi Fans9 Suspenseful Listens for Your Summer VacationFather’s Day is Almost Here! See Our Audiobook Picks for DadsSee More 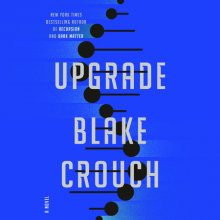 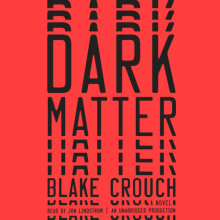 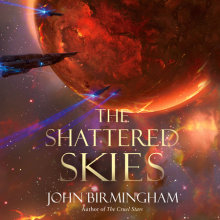 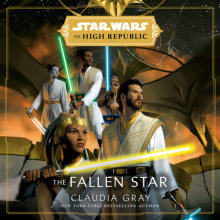