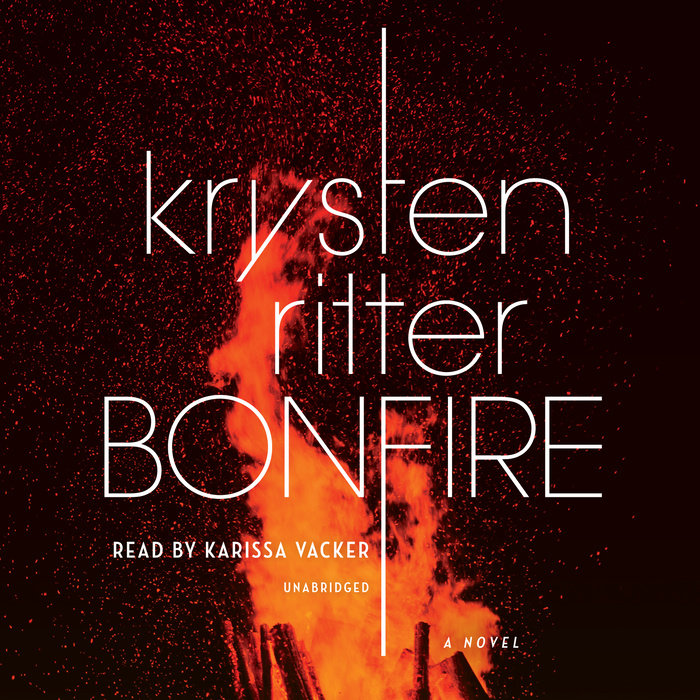 Nothing burns as bright as the truth.

It has been ten years since Abby Williams left home and scrubbed away all visible evidence of her small-town roots. Now working as an environmental lawyer in Chicago, she has a thriving career, a modern apartment, and her pick of meaningless one-night stands.

But when a new case takes her back home to Barrens, Indiana, the life Abby painstakingly created begins to crack. Tasked with investigating Optimal Plastics, the town’s most high-profile company and economic heart, Abby begins to find strange connections to Barrens’s biggest scandal from more than a decade ago, involving the popular Kaycee Mitchell and her closest friends—just before Kaycee disappeared for good.

Abby knows the key to solving any case lies in the weak spots, the unanswered questions. But as she tries desperately to find out what really happened to Kaycee, troubling memories begin to resurface and she begins to doubt her own observations. And when she unearths an even more disturbing secret—a ritual called “The Game”—it will threaten reputations, and lives, in the community and risk exposing a darkness that may consume her.

With tantalizing twists, slow-burning suspense, and a remote rural town of just five claustrophobic square miles, Bonfire is a dark exploration of what happens when your past and present collide.

“I burned through Krysten Ritter's hugely accomplished debut. Bonfire is dark, disturbing, and compulsively readable.”—Ruth Ware, bestselling author of The Woman in Cabin 10

“In this adroit debut the star of Marvel's Jessica Jones proves her talents aren't limited to acting. . . . [Bonfire is] a thriller that delivers suspense, surprise and satisfaction.”—People
Read More
“Krysten Ritter made a name for herself by portraying some of the fiercest female characters in pop culture history. It should come as no surprise, then, that her debut novel carries that same level of strength and complexity on every single page. . . . As Abby confronts her demons one by one, it becomes clear that she's one hell of a complicated lady—and a protagonist that's so damn appealing that it's hard not to read the whole book in one sitting. . . . Brilliant.”—PopSugar

“[Ritter brings an] unconventional, edgy approach to her engrossing suspense novel, Bonfire. Deliciously moody with a noirish undertone, Bonfire ignites a first-rate mystery resplendent with shadowy scenery, a tight plot and a lead character that is both fragile and strong… The melding of corporate corruption and the personal pollution that Abby endures elevates Bonfire, which blazes uncompromising storytelling and a believable, and shocking, finale. The exciting Bonfire shows that not only can you go home again, sometimes you must – to escape it and reconcile the past.”—Associated Press

“Ritter has written a taut narrative that hinges around a satisfyingly lurid mystery. More than that, though, Ritter has given readers the kind of unforgettable narrator, full of quirks and bad habits and emotions, who is relatable in the best possible ways.”—Nylon

“Bonfire is a stone-cold stunner—the writing is dazzling, the suspense is creeping, and the story of a woman returning home to face her past is brimming with emotion and truth. An extraordinary debut from a major talent.”—Blake Crouch, New York Times bestselling author of Recursion and Dark Matter

“A vicious years-old small-town scandal makes the perfect backdrop for this gritty, moody mystery that will have readers ripping through the pages at top speed. Bonfire ushers in a bold new voice to the suspense genre. I can't wait to see what Ritter dreams up next.”—Mary Kubica, New York Times bestselling author of The Good Girl

“Ritter, lead actress on television’s Jessica Jones, is likely to attract readers with her name, but this strong, gritty debut is good enough to create its own fan following.”—Booklist