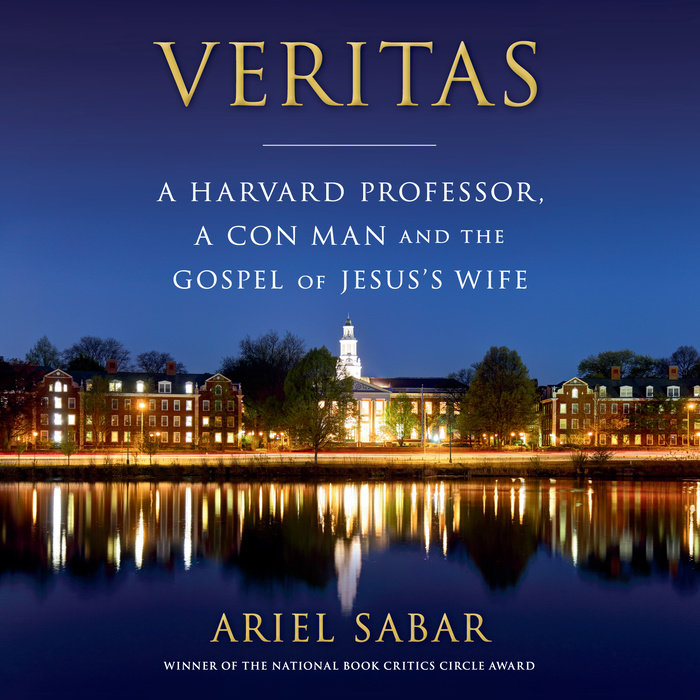 In 2012, Dr. Karen King, a star religion professor at Harvard, announced a breathtaking discovery just steps from the Vatican: she’d found an ancient scrap of papyrus in which Jesus calls Mary Magdalene “my wife.” The mysterious manuscript, which King provocatively titled “The Gospel of Jesus’s Wife,” had the power to topple the Roman Catholic Church. It threatened not just the all-male priesthood, but centuries of sacred teachings on marriage, sex, and women’s leadership, much of it premised on the hallowed tradition of a celibate Jesus.

Award-winning journalist Ariel Sabar covered King’s announcement in Rome but left with a question that no one seemed able to answer: Where in the world did this history-making papyrus come from? Sabar’s dogged sleuthing led from the halls of Harvard Divinity School to the former headquarters of the East German Stasi before landing on the trail of a Florida man with an unbelievable past. Could a motorcycle-riding pornographer with a fake Egyptology degree and a prophetess wife have set in motion one of the greatest hoaxes of the century? A propulsive tale laced with twists and trapdoors, Veritas is an exhilarating, globe-straddling detective story about an Ivy League historian and a college dropout—and how they worked together to pass off an audacious forgery as a long-lost piece of the Bible.
Read More
Shelf Awareness Best Books of 2020

“A mesmerizing five-act real-life melodrama…By the end of the book, one feels sorry for Ms. King, not so much because a con man gulled her but because, from the universe of journalists who might have covered this story, she drew Mr. Sabar. Pursuing the King-Fritz drama, he left no stone unturned… There are dozens more surprises in his five-act play than in this brief appreciation. Savor the denouement—and don’t leave at intermission.”
— Alex Beam, The Wall Street Journal

"It’s a story about journalism done right, about Sabar’s own capable, dogged sleuthing to get to the bottom of those famous headlines…Veritas offers a vital lesson less about Christianity than about what happens when a scholar decides that the story is more important than the truth.”  —Lucas Wittman, TIME

"Fascinating...engrossing...The interaction of [the con man and the Harvard professor], one with a deep need to deceive and the other with a desperate need to believe, presents a wholly human story of frailty and weakness."
—NPR

"An eminent Harvard scholar. A fragment of ancient papyrus that could upend Christianity. The artifact’s mysterious owner. A web of secrets and intrigue. Those details might remind you of Dan Brown’s monster 2003 bestseller The Da Vinci Code. But Ariel Sabar’s new book, while just as wild and propulsive a tale, is nonfiction. And, of course, it has a Florida connection.….Veritas is packed with details and tells a complex story, but Sabar’s prose is clear and inviting, and the book is structured with a well-tuned sense of suspense. It’s a wonderfully absorbing example of truth being stranger than fiction."
—Tampa Bay Times

“Ariel Sabar’s extraordinary account of the imbroglio surrounding the scrap of papyrus known as the “Gospel of Jesus’ Wife”… is as good as a detective novel, possessing plot, subplots, hidden motives, bees in eccentric bonnets and startling revelations.”
—Katherine A. Powers, Minneapolis Star Tribune

"This astonishing book—part detective story, part exercise in reporting conducted at its highest level—reaches hold of you by the shirt collar and doesn’t let go. Here is a gallery of types that have surrounded Christianity since its earliest beginnings: the professionally cynical, the frankly mercenary, and the profoundly faithful. It is a tale that takes us from the offices of two Harvard presidents to, perhaps inevitably, that of a Florida pornographer. Exciting on every level, it poses the deepest question of faith: does it depend on the scholarly verification of ancient fragments or on what Heaney called a journey ‘into the marvelous?’ I was bowled over by it.”
—CAITLIN FLANAGAN, author of Girl Land

“Sabar’s meticulous reporting shows how quickly the first victims of a forgery turn into con men themselves, desperately manipulating the evidence to keep plugging holes in a forger’s fragile story. A masterful portrait of desire and a gripping analysis of a scandal that reveals the blurred lines between scholarship, faith, and lies. An unprecedented contribution to the study of forgery.”
—DR. ERIN THOMPSON, art crime professor at John Jay College of Criminal Justice and author of Possession: The Curious History of Private Collectors from Antiquity to the Present

“If turning scraps of ancient papyrus into an enthralling true-crime escapade takes a miracle, consider Ariel Sabar a miracle worker… Veritas, Latin for truth and inscribed on the Harvard seal, is an extraordinary and mind-bending adventure into ancient traditions with modern consequences.”
—Shelf Awareness

“Sabar has written a true story of mystery and intrigue…blending religious history with a tale of deception…Well-researched, engrossing.”
—LIBRARY JOURNAL

"Ariel Sabar is an excellent investigative journalist explaining in detail a con that could have changed all of Christianity. Whatever the scam, the con artist and the victim both have an agenda."
—FRANK ABAGNALE, author of Catch Me If You Can

"VERITAS is a fascinating journey into theology and academia, meticulously researched, well-written, consistently engaging."
—GREGG EASTERBROOK, author of It's Better Than It Looks

“In this entertaining outing, journalist Sabar (My Father’s Paradise) tells the story of a mysterious scrap of papyrus and the scholar who staked her professional reputation on it… this meticulous account is packed with enough intrigue to keep readers piqued”
—Publishers Weekly
Read More 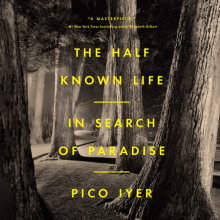 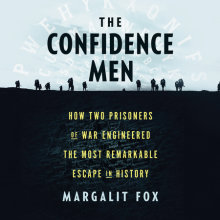