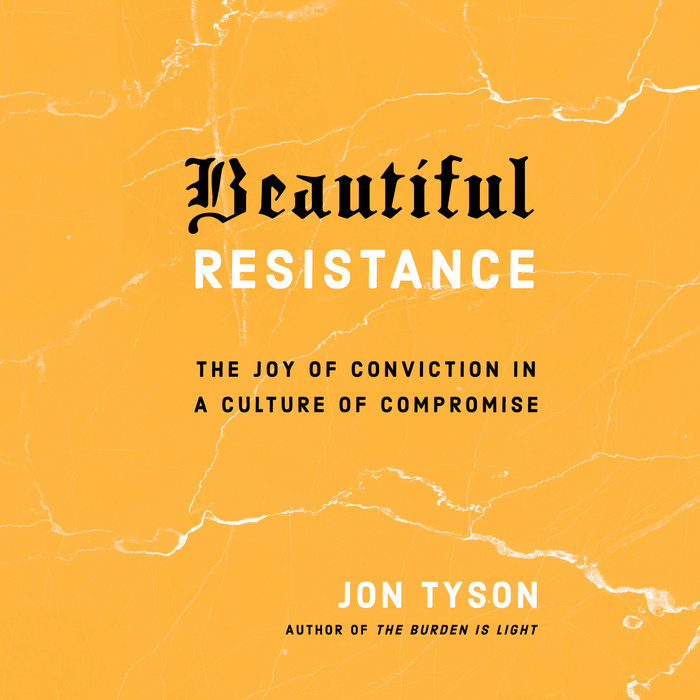 We live in a time when our culture is becoming increasingly shallow, coarse, and empty. Radical shifts in the areas of sexuality, ethics, technology, secular ideologies, and religion have caused the once-familiar landscape of a generation ago to be virtually unrecognizable.

Yet rather than shine as a beacon of light, the church often is silent or accommodating. This isn’t a new phenomenon. During World War II, pastor and theologian Dietrich Bonhoeffer was deeply troubled by the compromise in the German church. Their capitulation to the Nazi party brought shame and dishonor to the gospel. In response, he helped create an underground movement of churches that trained disciples and ultimately sought to renew the church and culture of the day.

For all who have felt this conflict in the soul between who we are and who God calls us to be, Beautiful Resistance is a bold invitation to reclaim what’s been lost—regardless of the cost.

This audiobook includes a study guide as a bonus PDF.

“Beautiful Resistance is one of the most compelling and defiant books I’ve read in a long time. I love Jon’s radical, no-messing vision of the church as a prophetic community. This is a wake-up call for us all from the heart of a man who lives his message, loves his city, and serves his Lord with a passion and intelligence destined to become less rare.”—Pete Greig, founder of the 24-7 Prayer movement
Read More
“I believe Jon is one of the great prolific and prophetic voices of our generation. He’s been a pastor in my life for over a decade, starting with my years in New York. Jon casts a timely and compelling vision in his latest work, Beautiful Resistance. He writes with such astute analysis and poignant clarity that several times throughout these pages, I wanted to stand and shout, ‘I’m in!’ May these words be a clarion call to the church to fortify our faith through sacrifice and love.”—Rebekah Lyons, bestselling author of Rhythms of Renewal and You Are Free

“Western culture is increasingly hostile to the teachings and ways of Jesus. The pressure to compromise is the highest it’s been in my lifetime. The urge to back down on Jesus’s compelling vision of life in the kingdom is greater than ever. This book comes at just the right time—a pastoral, yet prophetic call from one of our generation’s greatest leaders. I was moved in my heart to trust Jesus’s vision of life over that of my culture’s.”—John Mark Comer, author of The Ruthless Elimination of Hurry

“It’s one thing to write on the beauties of the kingdom and how the way of Jesus must be esteemed as better and stronger than the kingdom of this world; it’s another thing altogether to live this. Jon Tyson lives this. He writes and preaches with a uniquely compelling conviction, because it flows from a figure that truly believes that the words and ways of Jesus are better than all this world has to offer. By the end of this book, you will find yourself compelled to join with the likes of Dietrich Bonhoeffer who knew that the beauties of the kingdom of heaven are better than the allure of this world.”—Dr. Bryan Loritts, author of The Dad Difference

“Jon challenges us to boldly live without compromise, and he gives us the practical tools to do it. This book is incisive, challenging, and daring. It will stay with you.”—Scott Harrison, founder of charity: water, and author of Thirst

“I have witnessed Jon live out this unflinching message in the heart of New York City while he leads a thriving community, disciples his children, and inspires the church around the world to radically commit to the gospel. Few people stir my spirit to the depths that Jon does. Whether it’s sitting across the table at a diner talking with him
about all God is doing, reading something he has written, or hearing one of his sermons, my heart is awakened once again to the radical call to follow Jesus, no matter the cost. The message found in the pages of Beautiful Resistance is one needed at this very hour. In a way that only Jon Tyson can, with such brilliance and eloquence, he paints a picture of what the true disciple’s life looks like in a culture that is longing to see the beauty of Jesus manifested in the lives of his followers.”—Banning Liebscher, founder and pastor of Jesus Culture
and author of Rooted
Read More 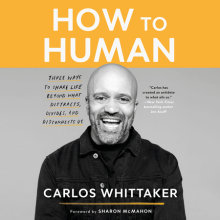 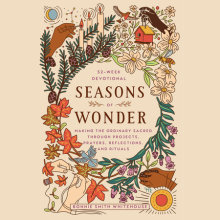 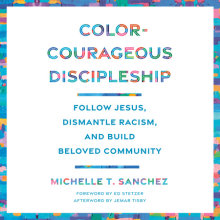 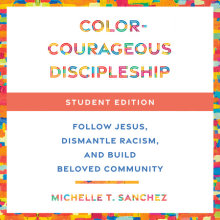