home
x
Subscribe
- Penguin Audio -
Written By: Jason Hanson
Read By: Jason Hanson
17.50
Unabridged Download
-9780525500650 -
*Manufacturerâ€™s Suggested Retail Price. See retailer for details.
Survive Like a Spy
Real CIA Operatives Reveal How They Stay Safe in a Dangerous World and How You Can Too 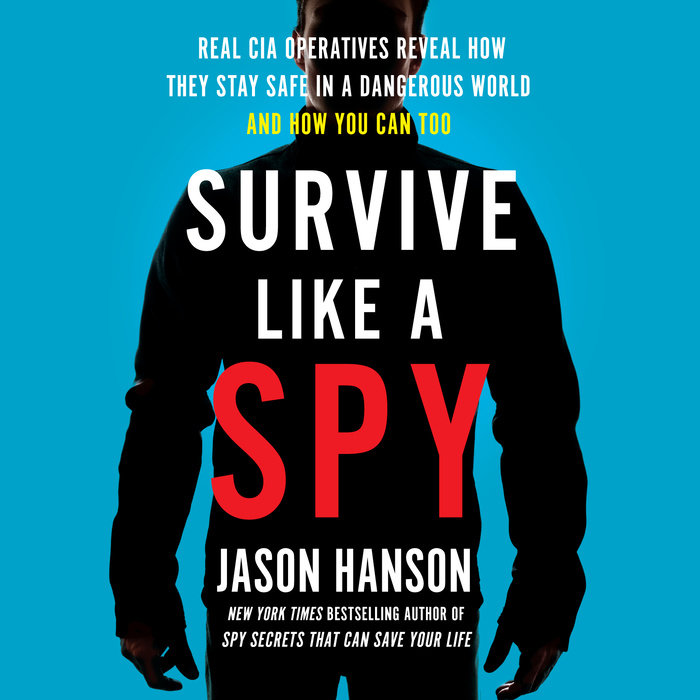 Everyone loves a good spy story, but most of the ones we hear are fictional. That's because the most dangerous and important spycraft is done in secret, often hidden in plain sight.

In this powerful new book, bestselling author and former CIA officer Jason Hanson takes the reader deep inside the world of espionage, revealing true stories and expert tactics from real agents engaged in life-threatening missions around the world.

With breathtaking accounts of spy missions in Eastern Europe, the Middle East, Asia, and elsewhere, the book reveals how to:

* Achieve mental sharpness to be ready for anything
* Escape if taken hostage
* Set up a perfect safe site
* Assume a fake identity
* Master the "Weapons of Mass Influence" to recruit others, build rapport, and make allies when you need them most

With real-life spy drama that reads like a novel paired with expert practical techniques, Survive Like a Spy will keep you on the edge of your seat – and help you stay safe when you need it most.
Read More
"You never know when you will suddenly be confronted by a 'do or die' situation. None of us can. Jason’s unique collection of such incidents are recounted by real CIA covert operations officers. And intriguing and fascinating as they are, their greatest value is in giving you insight into the way of thinking and reacting that these covert operators demonstrate. Just one story could save your life."
—Peter Earnest, executive director of the International Spy Museum and former CIA clandestine service officer

"In the past fifty years, I have conducted leadership development workshops for over 100,000 leaders in Russia, Europe, the United States, Mexico, Canada, and Australia. I can confirm that whether you travel around the world or just in the United States, this is a must-have book for surviving in today’s world. Every American can benefit from this book and it should be mandatory reading for staying safe."
— Peter A. Land, Colonel USAF (Ret.), former director of management consultation, United States Air Force

"Survive Like a Spy is both a thrilling read and a primer full of lifesaving tactics. It’s a rare chance you get to learn from the best CIA operatives on how to stay alive in the crazy world we live in, which is why I highly recommend this book."
—Alain Burrese, former Army sniper and author of Survive a Shooting

"As someone who’s worked operations with the CIA, I can tell you that Jason and his team are the real deal and that you’ll absolutely learn many life-saving skills in this book. In fact, I can’t believe the CIA let Jason share some of these stories."
—Cade Courtley, former Navy SEAL and author of Seal Survival Guide

"I attest to the life-saving techniques presented in this book. I have relied on the tradecraft skills disclosed in this book to keep me alive and out of foreign prisons. I have conducted operations with the operatives who have shared their stories in this book, and as amazing as it sounds, this book presents factual and accurate methods used by intelligence operatives."
—Michael D., former clandestine operations officer, CIA, NSA, DIA

"Great tips on staying safe from a former CIA officer. This book is a good addition to the library of anyone who wants to keep themselves and their families out of trouble."
—Colonel Scott Hovis, United States Army
Read More 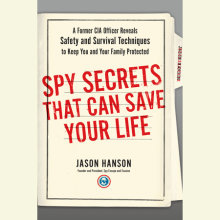 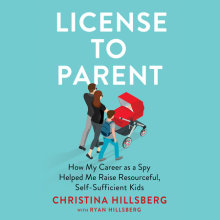 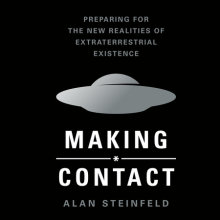 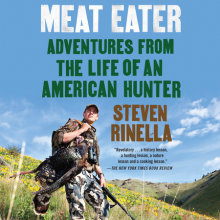