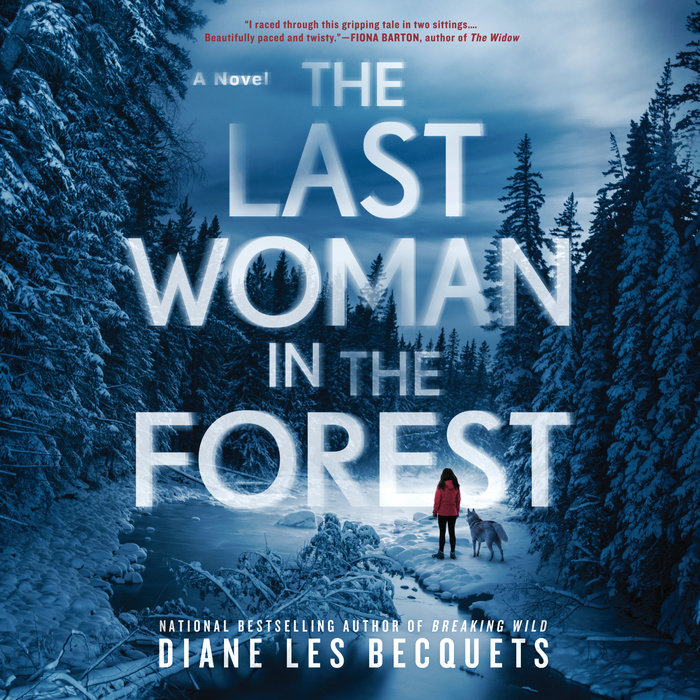 Marian Engström has found her true calling: working with rescue dogs to help protect endangered wildlife. Her first assignment takes her to northern Alberta, where she falls in love with her mentor, the daring and brilliant Tate. When they’re separated on another assignment, she’s shattered to learn of his tragic death. Before long, Marian discovers disturbing inconsistencies about Tate’s life, and begins to wonder if the man she loved could have been responsible for the unsolved murders of at least four women.

Hoping to clear Tate’s name, Marian reaches out to a retired forensic profiler who’s haunted by the open cases. But as Marian relives her relationship with Tate and circles ever closer to the truth, evil stalks her every move.…

“A suspense-filled plot about the hunt for a serial killer….Les Becquets elegantly weaves in an evocative story about the wildlife study into a strong look at the characters whose life’s blood is being a part of nature….The Last Woman in the Forest offers a stunning view of the harshness of nature and the brutality of human nature.”—Associated Press

“Diane Les Becquets is a gifted writer who combines a love of the outdoors with her skill as a storyteller to produce an exceptional novel of love and betrayal….A chilling story that slowly unravels, thanks to the expertise of an exceptional writer.’—The Denver Post

“I raced through this gripping tale in two sittings, only pausing to admire the stunning views of the snowy wilderness. Beautifully paced and twisty.”—Fiona Barton, New York Times bestselling author of The Widow

“This twisted thriller is the perfect pairing for a weekend afternoon.”—Brit & Co.

“[An] elegantly written thriller…the story revs up, providing more than enough tension and suspense as Marian inches closer to the dangerous and disturbing truth. Eloquent, detailed descriptions of nature and of rescue dog training, survival techniques, and the peripatetic life of conservationists enrich the narrative.”—Publishers Weekly

“The intricately woven, atmospheric story will keep readers wondering until the end.”—Booklist

"A taut, well-crafted thriller that pulls readers in from the very first page and keeps them guessing until the very last. All this, while also illuminating universal truths about intuition, trust, and love."—John Searles, New York Times bestselling author of Help for the Haunted

"Diane Les Becquets at her best: unflinching and terrifying, yet buoyed by hope and love. This novel scared me… but that didn't stop me from racing through it….This is a powerful novel, and a story I won't forget."—Wiley Cash, New York Times bestselling author of The Last Ballad


“A compelling and searing novel of grief, suspicion and examining the rugged terrain of the human heart."—Riley Sager, national bestselling author of The Last Time I Lied
Read More