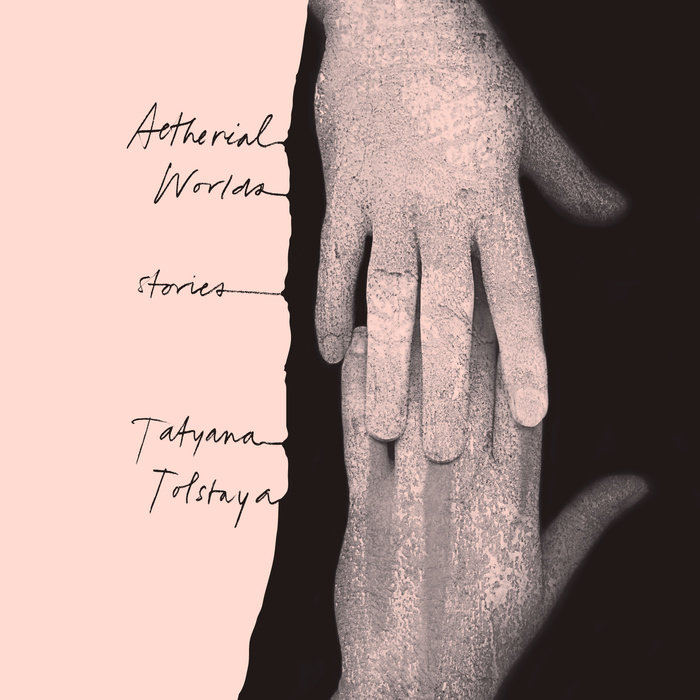 “Playful and poetic . . . A foxy, original writer. Memory fuses with wonder, and wonder with worship." —The Wall Street Journal

“Marvelously vivid, perfectly tuned. . . Tolstaya is well known in Russia as a brilliant and caustic political critic, but her memories of her Soviet childhood have a tender, personal quality.”  —The New York Times Book Review

“Grimly hilarious ... Everything in this generous writer’s hands is vivid and alive …Tolstaya is divinely quotable—slangy, indignant, lyrical, crude...It’s all sublime...the swerve and cackle, the breeziness and dark depths...the torrents of language and the offhand perfect touch…She has been compared to Chekhov. Absurd...Tolstaya barrels by him and knocks him in the ditch.” —Joy Williams, Bookforum

From one of modern Russia's finest writers, a spellbinding collection of eighteen stories, her first to be translated into English in more than twenty years.

Ordinary realities and yearnings to transcend them lead to miraculous other worlds in this dazzling collection of stories. A woman's deceased father appears in her dreams with clues about the afterlife; a Russian professor in a small American town constructs elaborate fantasies during her cigarette break; a man falls in love with a marble statue as his marriage falls apart; a child glimpses heaven through a stained-glass window. With the emotional insight of Chekhov, the surreal satire of Gogol, and a unique blend of humor and poetry all her own, Tolstaya transmutes the quotidian into aetherial alternatives. These tales, about politics, identity, love, and loss, cut to the core of the Russian psyche, even as they lay bare human universals. Tolstaya's characters--seekers all--are daydreaming children, lonely adults, dislocated foreigners in unfamiliar lands. Whether contemplating the strategic complexities of delivering telegrams in Leningrad or the meditative melancholy of holiday aspic, vibrant inner lives and the grim elements of existence are registered in equally sharp detail in a starkly bleak but sympathetic vision of life on earth.
A unique collection from one of the first women in years to rank among Russia's most important writers.
Read More
“Marvelously vivid, perfectly tuned. . . Tolstaya is well known in Russia as a brilliant and caustic political critic, but her memories of her Soviet childhood have a tender, personal quality. She is haunted by the past, blessed—and cursed—with the mystic’s gift of seeing the shades of the departed. Tolstaya’s vision reveals the world as a complex system of real and unreal realms, populated by beings both visible and invisible, floodlit by flashes of transcendence.”
—Lev Grossman, The New York Times Book Review

“Playful and poetic...A sense of permanent impermanence, both forlorn and liberating, inflects Tolstaya’s reveries; and never is she more luxuriantly homesick than when she recalls her childhood...The resplendent story 'The Invisible Maiden' describes her charmed summers in the family dacha—it shows this foxy, original writer at her most sublime, when memory fuses with wonder, and wonder with worship."
—Sam Sacks, The Wall Street Journal

“Grimly hilarious ... Everything in this generous writer’s hands is vivid and alive …Tolstaya is divinely quotable—slangy, indignant, lyrical, crude...It’s all sublime...the swerve and cackle, the breeziness and dark depths...the torrents of language and the offhand perfect touch…She has been compared to Chekhov. Absurd...Tolstaya barrels by him and knocks him in the ditch.” —Joy Williams, Bookforum

“Beautiful, meticulous . . . emotion has seeped into every surface. The best of Tolstaya’s stories trace [the] intersection of imagination and memory, where the two become something greater by not being merely one or the other.”
—David Wallace, The New Yorker

“Tolstaya’s writing is so good that it cuts through the surface directly to the universal workings of the human heart.” —Bookpage

“A collection of dark, funny folkloric tales . . . Each is masterful in its ability to keep apace with the world’s banalities and frustrations while moving seamlessly into the surreal. Tolstaya's characters are haunted by ghosts, but also by the alienation they feel among Americans. Tolstaya is funniest when observing life in American universities and darkest when writing about a melancholy deadening the hearts of her characters. Her conscious aversion to sentimentality makes you feel as if you alone are catching a glimpse into the secretly vulnerable and deeply captivating souls of her characters.” —Lauren Kane, The Paris Review

“Praised by...Joseph Brodsky as ‘the most original, tactile, luminous voice in Russian prose,’ Tolstaya, two decades on, is all that and more in this edgy, brash, slyly surreal, and mordantly funny short story collection...Tolstaya contrasts family troubles, poverty, lies, and tyranny with the ‘aetherial worlds’ of love, dreams, memories, and myths. Tolstaya’s daring, masterful stories, crisply translated, glint and whirl with extraordinary dimension and force.” —Booklist

“Fans of Russian literature and culture will relish this first work [of] celebrated woman of letters Tolstaya’s to be translated in 20 years . . . Fluid remembrance is in full effect in these stories . . . Tolstaya writes lyrically, in thoughtful, sometimes magical prose.” —Kate Gray, Library Journal

“These uniformly masterful stories reject any attempt at easy categorization, resulting in a profound, surprising, and rich experience. Some stories…echo the lyricism of the Russian masters…Others are more essayistic...Some, such as ‘The Window,’ are surreal allegories in the manner of Gogol. While the works blend fantasy and fact, often within the same story, what unites them all is Tolstaya’s singular and assured voice, capable of beautiful specificity...and of surveying history from above and proclaiming, matter-of-factly, that ‘autocracy is basically self-explanatory.’” —Publishers Weekly (starred review)

“A poet of silences and small gestures, Tolstaya often writes of love, if sometimes love that has gone off the rails…Elegant, lyrical tales woven with melancholy and world-weariness—but also with a curious optimism. A gem.”
—Kirkus (starred review)

"​Call off the search for Tatyana Tolstaya's origins among the Russian greats: There's no one like her anywhere, then or now. She is a writer of breathtaking originality, boldness and importance."
—Thomas McGuane, author of Cloudbursts
Read More