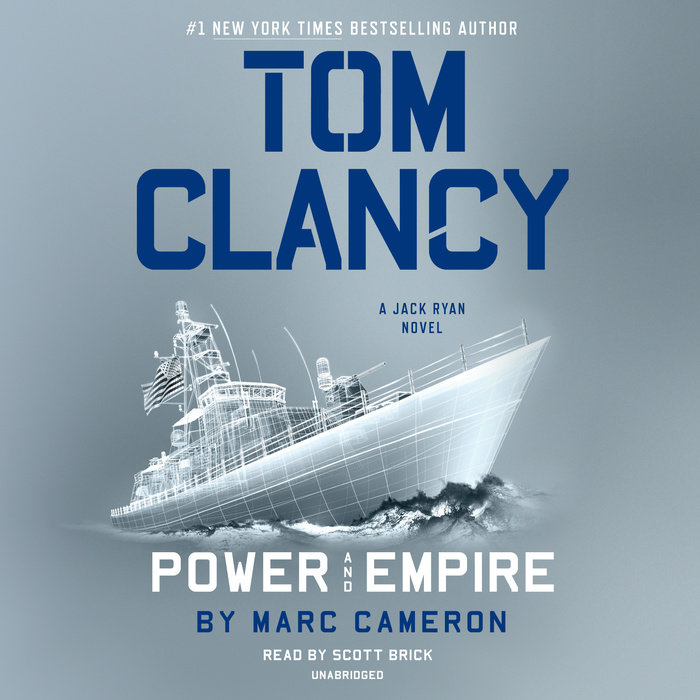 Jack Ryan is dealing with an aggresive challenge from the Chinese government as the G20 Summit approaches. Pawns are being moved around a global chessboard: an attack on an oil platform in Africa, a terrorist strike on an American destroyer and a storm tossed American spy ship that may fall into Chinese hands. It seems that Premier Zhao is determined to limit Ryan's choices in the upcoming negotiations.

But there are hints that there's even more going on behind the scene. A routine traffic stop in rural Texas leads to a shocking discovery--a link to a Chinese spy who may have intelligence that lays bare an unexpected revelation. John Clark and the members of the Campus are in close pursuit, but can they get the information in time?
Read More
Praise for Tom Clancy Power and Empire

“Superior...Cameron delivers plenty of action along with the spycraft and weapons details that Tom Clancy fans have always loved...Cameron successfully juggles the three separate plot lines, each engrossing on its own, and seamlessly stitches them together by novel’s end...All the writers who have contributed to this series since Clancy’s death have been good, but Cameron’s formidable performance puts him at the head of the pack.”—Publishers Weekly

“[Cameron] enters Clancyworld with the chops to allow the formidable Clark and the president-we-wish-we-had Ryan to save the world again...Another turbocharged, take-no-prisoners Ryan yarn.”—Kirkus Reviews

“Marc Cameron has written a perfectly played ‘chess match’ that would certainly make Tom Clancy proud. Jack Ryan has remained, through more than a few authors who have taken on the job, a formidable hero that no one has been able to match. Having the new ‘spice’ that Cameron has added to the series offers a fresh voice to a world that will continue for some time.”—Suspense Magazine

“Picks up the mantle of Tom Clancy’s epic Jack Ryan series, and delivers a solid initial entry...Cameron does a particularly good job of capturing the complexity of John Clark, one of the series most beloved and complex heroes.”—New York Journal of Books