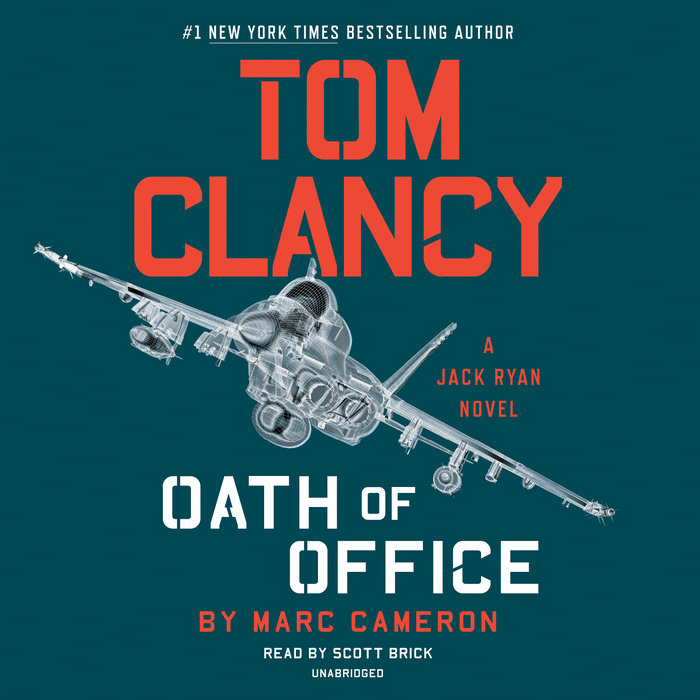 Freedom may have finally arrived in Iran. As protests break out across the country, the media rejoices over the so-called Persian Spring. Western leaders are ecstatic. Members of Congress and the Cabinet clamor to back the rebels. Only President Jack Ryan remains wary.

Meanwhile, he has plenty to handle at home. A deadly strain of flu is ravaging the United States as spring floods decimate the Southeast. An unethical senator wants to bring down the Ryan presidency and is willing to lean on fabricated bot-planted stories to do it.

But the scariest story is the most closely guarded one. Two Russian nuclear missiles have been hijacked. The Campus gets their first break when Jack Junior connects with a rogue Russian intelligence officer in Afghanistan--only to be abducted soon after arriving. John Clark and the rest of the Campus team race to track the missiles and rescue their colleague.

As sensationalized stories spin out of control and the stolen missiles remain out of reach, President Ryan's toughest challenge emerges: How do you meet an enemy head on, when he won't even show you his face?
Read More
Praise for Tom Clancy Oath of Office

“The spirit of Tom Clancy lives on...Cameron’s storytelling is indistinguishable from the late Clancy’s...An enjoyable read for Clancy fans.”—Kirkus Reviews

“Deftly plotted, high-stakes scenarios...Marc Cameron dazzled Clancy loyalists with Power and Empire, but now he’s kicking it up a notch for his next book...and Tom Clancy Oath of Office is going to blow readers away.”—The Real Book Spy

“Superior...Cameron delivers plenty of action along with the spycraft and weapons details that Tom Clancy fans have always loved...Cameron successfully juggles the three separate plot lines, each engrossing on its own, and seamlessly stitches them together by novel’s end...All the writers who have contributed to this series since Clancy’s death have been good, but Cameron’s formidable performance puts him at the head of the pack.”—Publishers Weekly

“[Cameron] enters Clancyworld with the chops to allow the formidable Clark and the president-we-wish-we-had Ryan to save the world again...Another turbocharged, take-no-prisoners Ryan yarn.”—Kirkus Reviews

“Marc Cameron has written a perfectly played ‘chess match’ that would certainly make Tom Clancy proud. Jack Ryan has remained, through more than a few authors who have taken on the job, a formidable hero that no one has been able to match. Having the new ‘spice’ that Cameron has added to the series offers a fresh voice to a world that will continue for some time.”—Suspense Magazine

“Picks up the mantle of Tom Clancy’s epic Jack Ryan series, and delivers a solid initial entry...Cameron does a particularly good job of capturing the complexity of John Clark, one of the series most beloved and complex heroes.”—New York Journal of Books