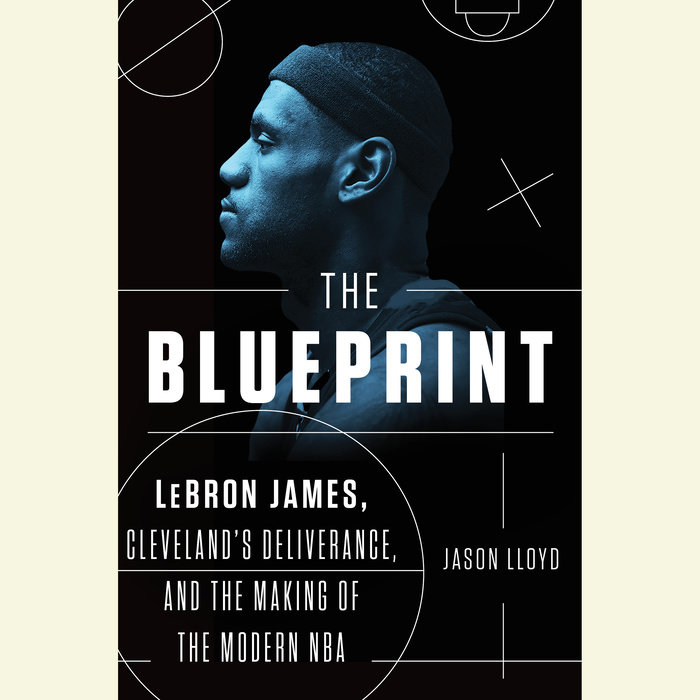 June 19, 2016: the greatest moment in Cleveland sports history, when the Cleveland Cavaliers won the NBA Finals and broke the Cleveland Curse. It was the triumph fans had been waiting fifty-two years for, and it wasn’t easy to get there—but thanks to LeBron James, an audacious plan to build a winning team, a couple of maverick GMs, and an incredible community of fans, it happened; and 2016 saw the birth of a new Cavaliers dynasty.

But how did they get there? It was a roller-coaster ride from tragedy to triumph, one that Jason Lloyd, a longtime Northeast Ohio resident turned reporter for the Akron Beacon Journal, got to see firsthand. He was witness to the Blueprint, as he calls it, which the Cavs put together to win their star player back from Miami and build a team that could win the ultimate championship. It incorporated several losing seasons, some high-risk draft picks, and an entirely new understanding of how to build a championship team.

The best part of the plan is that it worked, culminating in the most exciting Finals series in NBA history. And, most important, the end of the Cleveland Curse. Jason Lloyd, a true insider, tells the story of how the NBA really works, and how everyone—from the front office to the stars on the court to the new generation of coaches—worked together to create an unforgettable winning team.
Read More
Praise for The Blueprint

“[An] energetic, detailed slice of basketball history... Lloyd’s intoxicatingly thorough reporting allows readers to grasp the difficulty in assembling a team—even one featuring a legend.”—Publishers Weekly

“[A] brilliant book, one that takes the reader back through the many momentous moments over the past several seasons in Cavaliers history...Lloyd masterfully tells a truly compelling story of the fall, and subsequent rise, of the Cavaliers.”—Tim Bontemps, The Washington Post

“In the tradition of Michael Lewis’ Moneyball (2003), journalist Lloyd traces how the Cleveland Cavaliers, after re-signing LeBron James, captured the NBA championship in 2015–16.”—Booklist

“I couldn’t put down The Blueprint...this book will interest anyone whose team has had a long championship drought.”—Library Journal

“A very personal account of the return of LeBron James to Cleveland in 2014 and of the Cavaliers' NBA championship in 2016... [Lloyd] tells several interlocking stories: James' decision to leave the team, the four intervening years when the Cavs' front office began plotting to get him back, the arrival of key players (especially Kyrie Irving, Kevin Love, and J.R. Smith)... and, of course, that championship that erased decades of frustration for Cleveland sports fans.”—Kirkus Reviews

“This is a book about basketball, but also about hope and loss and redemption and what happens when the impossible somehow becomes real. Page after page, Lloyd expertly pulls back the curtain on all the private moments that coalesced to give Cleveland something more than a miracle: its first major championship in more than half a century.”—Rachel Nichols, ESPN

“In 2011, Jason Lloyd told me LeBron was coming back to Cleveland. 2011! That's how deeply ingrained he is with this franchise, this athlete and this story, a modern epic he was hard-wired to tell.”—Lee Jenkins, Sports Illustrated
Read More