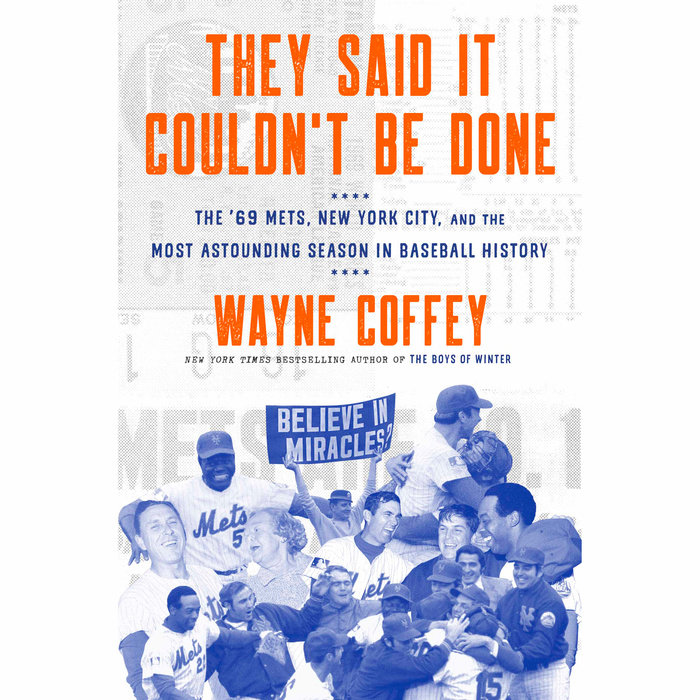 Written by: Wayne Coffey
Read by: Gary Cohen
9 Hours and 22 Minutes Imprint: Random House Audio Genre: Biography & Autobiography - Sports Release Date: March 26, 2019
“One of sports’ most storied championship teams gets its proper due” (Tom Verducci) in this definitive history of the 1969 Miracle Mets from the New York Times bestselling author of The Boys of Winter.

“If you want to know what it was like to live and witness a baseball miracle in tumultuous times, this book is for you.”—Ron Darling, former New York Mets All-Star and bestselling author of Game 7, 1986

The story of the 1969 New York Mets’ season has long since entered sports lore as one of the most remarkable of all time. But beyond the “miracle” is a compelling narrative of an unlikely collection of players and the hallowed manager who inspired them to greatness. For the fiftieth anniversary, renowned sports journalist Wayne Coffey brings to life a moment when a championship could descend on a city like magic, and when a baseball legend was authored one inning at a time.

Future Hall of Fame ace Tom Seaver snagged the biggest headlines, but the enduring richness of the story lies in the core of a team comprised of untested youngsters, lightly regarded veterans, and four Southern-born African-American stalwarts who came of age in the shadow of Jackie Robinson. Most of the Mets regulars were improbable candidates for baseball stardom. The number two starting pitcher, Jerry Koosman, grew up on a Minnesota farm, never played high-school ball, and was only discovered because of a tip from a Mets’ usher. Outfielder Ron Swoboda was known for long home runs and piles of strikeouts, until he turned into a glove wizard when it mattered most.

All of these men were galvanized by their manager: the sainted former Brooklyn Dodger Gil Hodges, whose fundamental belief in the power of every man on the roster, no matter his stats, helped backup players like Al Weis and J.C. Martin become October heroes. As the Mets powered through the season to reach a World Series against the best-in-a-generation Baltimore Orioles, Hodges’s steady hand guided a team that had very recently been the league laughingstock to an improbable, electrifying shot at sports immortality.

“A must-read for not just for Mets fans, but all baseball fans who will appreciate what indeed was the most astounding season in baseball history.”—Ken Rosenthal, two-time Sports Emmy winner for Outstanding Sports Reporter
Read More
“[An] excellent book on the Mets’ championship season.”—The Wall Street Journal

“Entertaining [and] thorough . . . It’s the small notes of grace that kept me engaged. . . . Should appeal to any baseball-loving reader who wants to know where the Mets came from and how they pulled it off.”—New York magazine

“I would read Wayne Coffey writing about hardwood floors. So for someone who was a diehard Mets fan in 1969, I knew They Said It Couldn’t Be Done was a book I couldn’t miss. Like The Boys of Winter, his brilliant book about the 1980 U.S. Olympic hockey team, this is a fantastic piece of work. Please buy it, and enjoy every page, as I did.”—Tim Layden, Sports Illustrated Senior Writer and NBC Sports Essayist

"They Said It Couldn’t Be Done brilliantly brings an iconic baseball season to life, providing fresh insight into big names such as Gil Hodges and Tom Seaver as well as to some of the lesser-known players in that epic summer, such as Al Weis and J.C. Martin. The book is a must-read for not just for Mets fans, but all baseball fans who will appreciate what indeed was the most astounding season in baseball history."—Ken Rosenthal, two-time Sports Emmy winner for Outstanding Sports Reporter

"In 1969, while much of the world was transfixed by Neil Armstrong's 'one small step,' Queens was experiencing its own giant leap—a leap of faith with its baseball orange-and-blue. Wayne Coffey has always had his finger on the pulse of New York City and its sports, and his take on the 1969 Mets proves it. If you want to know what it was like to live and witness a baseball miracle in tumultuous times, this book is for you."—Ron Darling, former New York Mets all-star and bestselling author of Game 7, 1986

“Having lived through the Mets’ 1969 World Championship in real time and re-lived it for fifty years, I thought  I knew all I needed to know about my boyhood heroes, but in They Said it Couldn’t be Done Wayne Coffey has unearthed some fresh gems; most poignantly those involving the personal backgrounds of many of that wonderful team’s players. Wayne has done a marvelous job of allowing us to relive that epochal event through a fresh prism. This is simply a great read.”—Howie Rose, New York Mets broadcaster 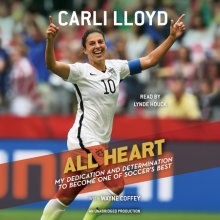 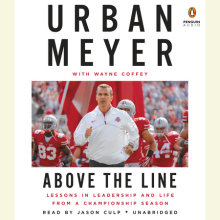