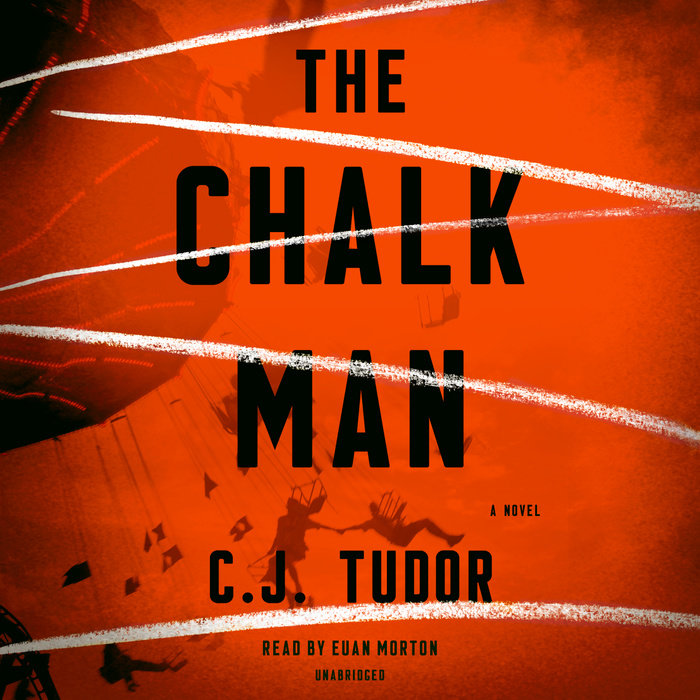 A riveting psychological suspense debut that weaves a mystery about a childhood game gone dangerously awry, and will keep readers guessing right up to the shocking ending

In 1986, Eddie and his friends are on the verge of adolescence, spending their days biking in search of adventure. The chalk men are their secret code, stick figures they draw for one another as hidden messages. But one morning the friends find a chalk man leading them to the woods. They follow the message, only to find the dead body of a teenage girl.

In 2016, Eddie is nursing a drinking problem and trying to forget his past, until one day he gets a letter containing a chalk man—the same one he and his friends saw when they found the body. Soon he learns that all his old friends received the same note. When one of them is killed, Eddie realizes that saving himself means figuring out what happened all those years ago. But digging into the past proves more dangerous than he could have known. Because in this town, everyone has secrets, no one is innocent, and some will do anything to bury the truth.

Praise for The Chalk Man

“Wonderfully creepy—like a cold blade on the back of your neck.”—Lee Child

“An assured debut that alternates between 1986 and 2016 with unpredictable twists. The Chalk Man fits well with other stories about troubled childhoods such as Stephen King’s novella Stand by Me. . . . Tudor never misses a beat in showing each character as both a child and an adult while also exploring the foreboding environs of a small town.”—Associated Press

“Utterly hypnotic. The Chalk Man is a dream novel, a book of nightmares: haunted and haunting, shot through with shadow and light—a story to quicken the pulse and freeze the blood. A dark star is born.”—A.J. Finn, #1 New York Times bestselling author of The Woman in the Window

“If you can’t get enough of psychological thrillers with sharp twists and turns, you need to read The Chalk Man”—Hello Giggles

“I haven’t had a sleepless night due to a book for a long time. The Chalk Man changed that.”—Fiona Barton, New York Times bestselling author of The Widow
Read More
“Readers will undoubtedly be reminded of the kids of Stand by Me and even IT. . . . [The] first-person narration alternates between past and present, taking full advantage of chapter-ending cliffhangers. A swift, cleverly plotted debut novel that ably captures the insular, slightly sinister feel of a small village. Children of the 1980s will enjoy the nostalgia.”—Kirkus Reviews

“[A] promising debut . . . with the nightmarish inevitability of the Grimmest of tales . . . her storytelling prowess is undeniable.”—Publishers Weekly

“CJ Tudor has written an utterly original novel—a thriller in which the suspense comes not simply from what happens, but from that dark place within the human mind from which all the greatest mysteries and terrors emerge.  This one will hold you in its grip to the last page.”—Joyce Maynard, New York Times bestselling author of Under the Influence and To Die For

“What a great book. A twisty thriller and downright creepy ending. Five stars.”—Sarah Pinborough, New York Times bestselling author of Behind Her Eyes

“C.J. Tudor knows the twelve-year-old who still lives in all of us, that kid who chills himself to the bone with an intuition of what lurks in the woods, or in his own closet, and The Chalk Man walks the haunted bridge between then and now—between sheer childhood terrors and a true crime so grisly and personal it’s cold hand never leaves the back of your neck.  Suburban adolescents on bikes, squeamish love, nascent sexuality meets adult-world obsession and lust and violence . . . and through it all runs an affecting story of friendship, loss, and the inescapable frailties of mind and body.” —Tim Johnston, New York Times Bestselling author of Descent

“A cleverly constructed, artfully told tale of secrets, lies, and warped passions—featuring a troubled protagonist, a terrible murder that wasn’t what it seemed to be, and a raging monster at the heart of it all.”—John Verdon, internationally bestselling author of Think of a Number and the Nero Award-winning Peter Pan Must Die

“C.J. Tudor’s The Chalk Man is a stunning debut, a riveting thriller about the powerful grip of the past and the unbreakable bonds of childhood friendship. The ending of this smasher will completely throw you for a loop. Don’t miss a word of it!”—David Bell, bestselling author of Bring Her Home and Somebody I Used to Know

“The Chalk Man is an intricate and surprising book that will reward the reader who approaches it with the attention it deserves.”—Thomas Perry, New York Times bestselling author of The Old Man

“Kept me up until five in the morning. Wonderfully written. I loved it!”—Kimberley Chambers, bestselling author of Backstabber and The Wronged

“It’s been a while since I’ve read such an impressive debut. The pace was perfectly judged, the characters superbly drawn and there’s a creeping sense of unease that starts with the prologue and grows throughout the book. And then that ending! It feels so fresh and deserves to be a huge success.”—James Oswald, bestselling author of the Inspector McLean series

“What an amazing debut! Such an ingenious, original idea. I was engrossed from the very first page. I loved how the 1986 and present day storylines weaved so skillfully together to create that unforgettable and unexpected ending. Compelling, taut and so very, very chilling. This book will haunt you!”—Claire Douglas, bestselling author of Last Seen Alive 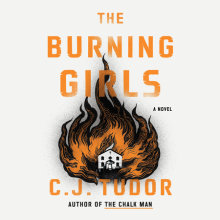 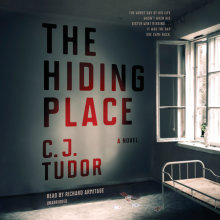