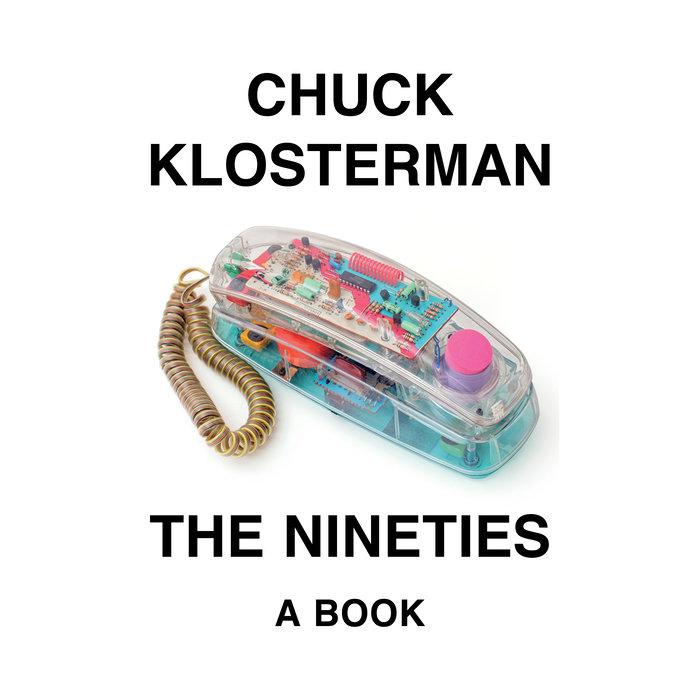 From the bestselling author of But What if We’re Wrong, a wise and funny reckoning with the decade that gave us slacker/grunge irony about the sin of trying too hard, during the greatest shift in human consciousness of any decade in American history.

It was long ago, but not as long as it seems: The Berlin Wall fell and the Twin Towers collapsed. In between, one presidential election was allegedly decided by Ross Perot while another was plausibly decided by Ralph Nader. In the beginning, almost every name and address was listed in a phone book, and everyone answered their landlines because you didn’t know who it was. By the end, exposing someone’s address was an act of emotional violence, and nobody picked up their new cell phone if they didn’t know who it was. The 90s brought about a revolution in the human condition we’re still groping to understand. Happily, Chuck Klosterman is more than up to the job.

Beyond epiphenomena like "Cop Killer" and Titanic and Zima, there  were wholesale shifts in how society was perceived: the rise of the internet, pre-9/11 politics, and the paradoxical belief that nothing was more humiliating than trying too hard. Pop culture accelerated without the aid of a machine that remembered everything, generating an odd comfort in never being certain about anything. On a 90’s Thursday night, more people watched any random episode of Seinfeld than the finale of Game of Thrones. But nobody thought that was important; if you missed it, you simply missed it. It was the last era that held to the idea of a true, hegemonic mainstream before it all began to fracture, whether you found a home in it or defined yourself against it.

In The Nineties, Chuck Klosterman makes a home in all of it: the film, the music, the sports, the TV, the politics, the changes regarding race and class and sexuality, the yin/yang of Oprah and Alan Greenspan. In perhaps no other book ever written would a sentence like, “The video for ‘Smells Like Teen Spirit’ was not more consequential than the reunification of Germany” make complete sense. Chuck Klosterman has written a multi-dimensional masterpiece, a work of synthesis so smart and delightful that future historians might well refer to this entire period as Klostermanian.
Read More
“In The Nineties, Klosterman examines the social, political and cultural history of the era with his signature wit. It’s a fascinating trip down memory lane.” —Time

“An engaging, nuanced and literate take on the alternately dynamic and diffident decade.” —Washington Post

“Serving up the moments and meanings of a modern decade in a few hundred pages is no easy task, but Chuck Klosterman has managed to boil a hearty stew of insight. . . . [Klosterman is] a master of smooth setups and downbeat finishes.” —USA Today

“From one of our great chroniclers of pop culture comes this entertaining romp through the twilight years of the twentieth century. . . . Roving across flashpoints in movies, music, and politics, Klosterman captures a world where apathy was the defining tone, art was experiencing a seismic shift, and celebrity culture was on the eve of a digital explosion.” —Esquire

“Simultaneously a deep and light sprint through the decade that doesn’t just namecheck people and bands and movies, but burrows under as to why they were important then. And what that means today. . . . Klosterman zips in and around the entirety of the decade, and even readers who were up on pop culture at the time will be reminded of things they haven’t thought about in two or more decades. . . . If you came of age in the ’90s, you will love The Nineties. If not, it’s a singularly wonderful analytical and historical book of a time not so long ago.” —Houston Press

“Leave it to Chuck Klosterman to examine the decade in a fresh, unpredictable way that avoids nostalgia and easy generalizations. . . . Klosterman’s text is never anything less than wise, challenging and winningly idiosyncratic.” —Pittsburgh Post-Gazette

“An informative, endlessly entertaining look back at the 1990s. . . . What [Klosterman] always succeeds at is conveying an anecdote, oddity, or thought exercise about the decade that you immediately want to share with a friend.” —BuzzFeed

“Always an astute cultural observer and a fan of deep dives into any subject, Klosterman is focused here on a decade in American life that he says is often portrayed as ‘a low-risk grunge cartoon’ . . . Klosterman’s gift is seizing on those moments that any Gen Xer can readily recall and pulling the strings a bit to put it in some kind of historical perspective.” —Associated Press

“Klosterman’s remarkable book made me rethink my decade and rethink myself.” —Airmail

“The nineties continue to fascinate, especially with a wonderful guide like Chuck Klosterman.” —Toronto Star

“A book that you’ll read in about two days, but then want to re-read to make sure you didn’t miss anything.” —Fatherly

“[The Nineties] attempts a comprehensive analysis of the texture of the 1990s—‘the feeling of the era.’ Perhaps no cultural critic is better suited for this task than Klosterman. . . . By immersing himself in the objectivity furnished by the past, Klosterman opens a critical space wherein we can consider the present.” —SPIN

“Klosterman zooms in on the interplay between the titular decade’s opposing generations—Generation X and Baby Boomers—and puts the era’s technological transformations in their rightful historical contexts. . . . His greatest service here is his resistance to assign sharp edges where there is only an underwhelming, fuzzy consensus.” —Vulture, “49 Books We Can’t Wait to Read in 2022”

“Klosterman is far too ambitious to merely let readers wallow in nostalgia and instead looks at the ’90s by applying the accessible style of cultural criticism that has been his brand during a career that has now spanned 12 books. The Nineties examines everything from pop culture (Ross and Rachel) to politics (Ross Perot and Ralph Nader), as well as the Information Age’s age of innocence when the internet was looming out there somewhere, waiting to happen and transform society.” —San Francisco Chronicle

“[T]he 1990s is about the arrival of new media technologies that would upend our lives in endless ways large and small. . . . Klosterman’s take on all of this often is insightful, prompting the reader to think about what the internet and social media have done to our brains, to our sense of selves, to our physical environments. . . . [A]n entertaining tour. Klosterman skillfully analyzes Gen-X touchstones like Quentin Tarantino and ‘Seinfeld,’ Nirvana and Garth Brooks.” —The Oregonian

“Wonderfully researched, compellingly written, and often very funny, this is a superb reassessment of an underappreciated decade from a stupendously gifted essayist.” —Booklist (starred review)

“An entertaining journey through the last decade of the 20th century. . . . [Klosterman] brings the decade to vivid new life. . . . As in his previous books of cultural criticism, Klosterman delivers a multifaceted portrait that’s both fun and insightful. A fascinating examination of a period still remembered by most, refreshingly free of unnecessary mythmaking.” —Kirkus (starred review)

“There’s not much missing from this delightful collection of quotes and culture from the era that most find difficult to define. . . . With humor and history (supported by articles, TV news segments, advertisements, and interviews), Klosterman’s volume is the perfect guide for millennials who wear vintage t-shirts ironically. From politics to Prozac, a fascinating exploration of Generation X from the perspective of those who lived it and witnessed it. Readers will be raiding closets for mom jeans and drawers for scrunchies after reading this nostalgia-inducing book.” —Library Journal (starred review)

“The Nineties Is a fun and funny romp through a decade just now distant enough to be viewed in historical relief. Chuck Klosterman is old enough to have grown up in the old order of culture and politics that began to tremble, and eventually collapse, during the 1990s; he’s young enough to be immersed fully in the new societal currents that began in those years and define us now. For all the delight Klosterman takes in his narrative excursions, his sketches of the Bill Clinton years evoke melancholy. For a moment, it seemed plausible that a young new president could play usher to a post-Cold War era of humane and rational politics. For now, at least, we must recall the 1990s as the soil in which our contemporary politics of contempt, paranoia, alienation, and violence blossomed.” —John Harris, founding editor, Politico

“The Nineties is a fascinating, wholly original exploration of a bewilderingly bygone time, written by one of our wisest, wryest cultural critics. Who else could pull Quentin Tarantino, college football, and Alan Greenspan—not to mention Tiger Woods, Dick Morris, and Reality Bites—into a coherent examination of a world about to undergo a paradigm shift?” —Louisa Thomas, staff writer, The New Yorker

“This might be the book Chuck Klosterman was born to write: a witty and unpredictable history of the decade that just won't go away. From OJ to AOL to the GOP, he has a theory about everything, and a story about how all of it fits together.” —Kelefa Sanneh, author of Major Labels

“Chuck Klosterman has done something remarkable and, to be honest, frightening. He's hacked his way through the great clutter of our information age, where we know everything but understand nothing, to arrive at a magical oasis of reckoning and recognition, to discover a fact that's been hiding in plain sight, the only fact that matters anymore, really, namely this: the 1990s were the last decade of the United States of America, as a functioning cohesive society and as an idea. Buy this book right now, not because of the smart history it unspools, although that's a delight, but because of the window it gives you into the future.” —Wright Thompson, author of Pappyland
Read More 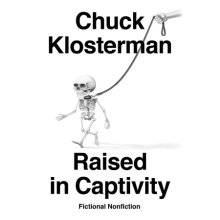 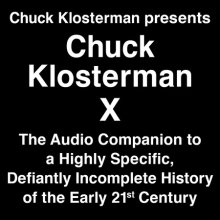 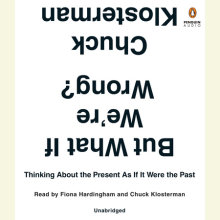